The Halloween Hootenanny Tour featuring Rob Zombie, Alice Cooper, and Muderdolls was incredible! What an amazing group of bands and the most perfectly put together tour that I have ever seen. I have seen Rob Zombie a bunch of times and he is always fantastic but I have to say this was by far my favorite experience. What a dream tour to photograph on so many levels! Rob Zombie not only has the most spectacular lightshow ever but Rob and his band mates take their performing seriously. I was working up a sweat watching them run around in long jackets with fire blazing behind them. Their makeup and attire were impeccably coordinated to work with the show and the lighting. I love the effects that were brought out by the perfect choice of colors and scenery. The only thing that was disappointing is the fact that I didn’t get to photograph the bubbles. During “Pussy Liquor”, one of my favorite songs, the stage fills up with bubbles. I love bubbles and I have always wanted to photograph a bubble scene. Whether you love or hate Rob Zombie you have to respect him for always giving you a show you will talk about for years to come, or at least until he comes back to your town and tops himself. 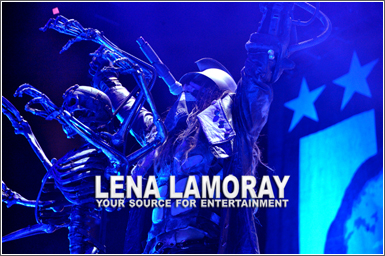 Rob Zombie ’s present lineup consists of one of the most amazing guitar players out there, the blonde bombshell himself, John 5. He provided my favorite photo moment of the night with his sensational spit train that had no end in sight. He just let it spill down until it eventually broke free and went to a lonely home on the floor. I love that being in Rob Zombie allows John 5 to treats us to his mind-blowing guitar solos, something that I feel he was held back from in his previous position. There is nothing better than getting to see and hear John 5 in all his glory. Marilyn Manson had his strongest sound with John 5 in the band. He is such a beautiful and natural performer and I have been a fan of his for many years. He increases the value of any band that he is in both musically and aesthetically.

Piggy D is pretty damn special, too! I happen to know that he is a pretty swell guy that is not above taking a swig of your deliciously smelling hand sanitizer. I first met Piggy D when he played in Wednesday 13 and he was a sweetie from the get-go. He has always been one of my favorite subjects to photograph because he just sparkles on-stage. I don’t know how else to describe it because you just can’t take a bad picture of him, any angle is his good angle! He also introduced me to a couple of my favorite people in the world so I owe him for that. Piggy D has always been an amazing performer and player but I have loved watching him develop into a beautiful butterfly. He is so fun to watch and it makes me so proud to see that he has found a home in such a marvelous band. He is sinfully skilled in the art of music and stitching. Piggy D has a phenomenal solo project you should check out, too.

Joey Jordison brought the technical metal element back to Rob Zombie. To really understand the precision of his sound, think metal typewriter. Yes, he is that good! I really can’t say anything about his performance since I could not see him at all but he sounded fantastic.

Rob Zombie is and will always be Rob Zombie! He keeps it spooky, fun and thankfully he has “booty money” to keep the show going. One thing that I would love to get from Rob Zombie is his recipe for beautiful hair because the man has it going on. His hair is gorgeous! Mr. Zombie is the ultimate showman. If he ever needs a break from music and movies I know that he could have a sports career because he has mastered the art of beach ball tossing and dribbling. Rob made his way into the audience and raced up and down the sections doing his best not to leave anyone out. What a cool guy! People are still talking about how nice it was to shake the hand of the master of mayhem and delight. My song highlights of both nights were “Pussy Liquor”, “Thunder Kiss ‘65”, “House of 1000 Corpses”, “Dragula”, “More Human Than Human” and “Scum of the Earth”. These were a couple of really monumental Rob Zombie shows for me and I am so honored that I got to experience them. Thank you so much guys! 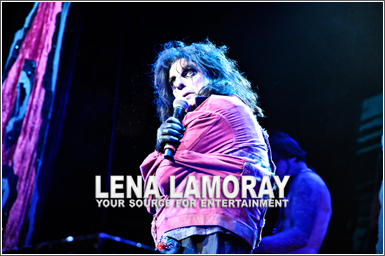 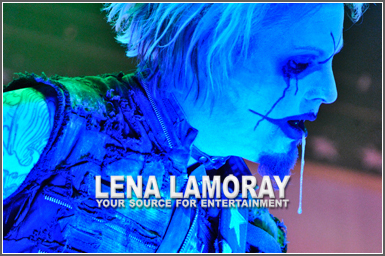 I had my first dose of Alice Cooper and I am so happy it was a double. WOW, Alice Cooper is insane live! What a show and he never broke character. What a treat for all of your senses. Alice Cooper certainly knows how to put together a powerhouse of a band. With Jimmy DeGrasso on drums, Damon Johnson and Keri Kelli on guitars and Chuck Garric on bass this group was unstoppable. The musicianship was immaculate. Every band member had a featured role in the show and they were so tight and professional it was crazy. I hope I am as awesome as Alice Cooper when I am his age. I honestly think I pulled my back out just watching him jump around and die pretty much at the end of every song. Okay, so he didn’t die after every song but I witnessed him getting hanged, beheaded and putting in a little one on one time with an iron maiden. The iron maiden scene was exceptional, with all the blood squirting out. The girl in the show did a great job of really roughing Alice up. I now know why Alice Cooper has legions of fans that flock to his side whenever he is on tour because they know they are going to witness musical greatness wrapped in horror history. I have to say that I absolutely loved seeing Alice Cooper live! I even enjoyed his popping those confetti filled balloons right in my face and the smile that he had when he got me every time. I think my ducking just egged him on. You are the master, kind sir and I enjoyed every minute of the show and the party that followed later that night when I removed my bra. Yes, I have no idea how but both nights I managed to get a ton of balloon confetti in my bra. My favorite songs live were “I’m Eighteen”, “School’s Out”,” No More Mr. Nice Guy”, “Poison”, “Vengeance Is Mine”, “Billion Dollar Babies” and “Feed My Frankenstein”. Good times will be had by all that attend an Alice Cooper show!

Holy baby powder, Muderdolls opened the show it was my first time officially seeing them live. I’ve seen Wednesday 13 perform Muderdolls’ material with his solo project so it certainly was a treat to see Joey Jordison alongside him this time. Wednesday 13 is always exciting to watch and being in the baby powder downwind was pretty classic. I was more familiar with the lineup consisting of Acey Slade, Eric Griffin and Ben Graves but Jack Tankersley, Racci Shay and Roman Surman worked out perfectly. Joey was working overtime playing guitar in the opener and closing out the show in Rob Zombie. What a cool life he is leading! I still can’t get “Die My Bride” out of my head. I was disappointed that they didn’t play “I Love to Say Fuck” since I do love that song but at least the “fuck” umbrella made an appearance. A couple other song highlights for me were “Slit My Wrist” and “Motherfucker, I don’t care”. Their set was so short so I really hope I am able to catch them headlining a tour sometime soon. 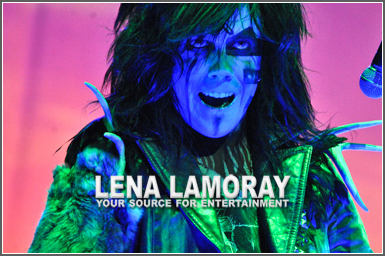 What an amazing tour! I really loved every band involved and I will be raving about this lineup for years to come. Muderdolls, Alice Cooper, and Rob Zombie give you a performance that you will never forget so don’t miss seeing any of them live and if the HALLOWEEN HOOTENANNY TOUR comes by your area run to see it. Thanks to all involved! 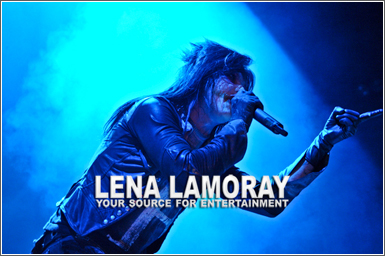