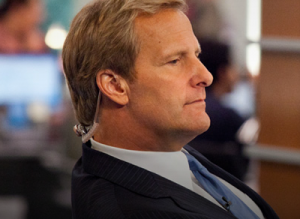 Beginning today, HBO is giving all audiences, including non-subscribers, a chance to watch the first episode of THE NEWSROOM, the new Aaron Sorkin drama series, free of charge on multiple platforms.

Following its June 24 debut on HBO, the pilot of THE NEWSROOM will go live on HBO.com, YouTube, DailyMotion, TV.com and multiple distributors’ Free On Demand platforms. The sampling opportunity will be promoted on HBO’s Facebook and Twitter profiles and will run from today through July 23. The episode will also be available as a free podcast on iTunes during the sampling period.

Created by Aaron Sorkin (Oscar® winner for writing “The Social Network,” executive producer and writer of the multiple Emmy® winner “The West Wing”), the new HBO drama series follows a news team on its quixotic mission to reclaim the legacy of Murrow and Cronkite in the face of a fickle audience, corporate mandates and tangled personal relationships. The series is executive produced by Sorkin, Scott Rudin (the Oscar® winner “No Country for Old Men”) and Alan Poul (HBO’s multiple Emmy® winner “Six Feet Under”). Jeff Daniels (Golden Globe nominee for “The Squid and the Whale,” “Something Wild” and “The Purple Rose of Cairo”) stars as Will McAvoy and Emily Mortimer (“Hugo,” “Shutter Island”) stars as MacKenzie McHale. 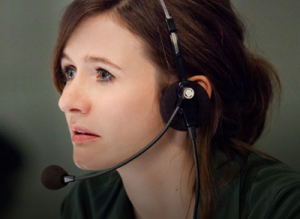