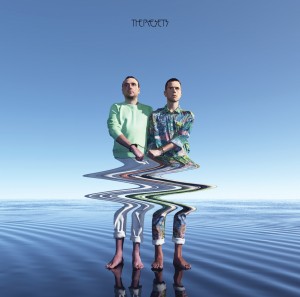 Australia’s The Presets announce their long-awaited return with a new album, Pacifica, which will be released in the US and Canada in September 2012 on Casablanca Records (US) and Universal Records (Canada). The band has also announced a North American tour in October, in support of Pacifica.

Featuring ten prismatic, synth-laced songs, Pacifica sees The Presets boldly venture into new, uncharted musical territories. Traversing both light and shade in energy and emotion, the album was produced by the band (Julian Hamilton and Kim Moyes) and mixed in Los Angeles with Tony Hoffer.

It’s been over four years since The Presets captured the world’s imagination with their blitzkrieg of an album, the sophomore Apocalypso. Spawning five hit singles and exceeding Triple Platinum sales in Australia, Apocalypso set dizzying new heights for dance music in Australia. The single “My People” stayed in the ARIA charts for over 75 weeks, making it the longest charting Australian single in ARIA chart history.

The Presets took home six ARIA and ARIA artisan awards – the Australian equivalent to the Grammys – (including Album of The Year – the first electronic band to do so, Best Group, and Best Dance Release) at the 2008 ARIA Awards, and Apocalypso also received Triple J’s ‘J Award’ for Album of The Year.

The following year The Presets were awarded Australian Songwriters of The Year at the APRA Awards and again Best Dance release at the ARIAs that year for Talk Like That. Their last Australian tour saw them play to over 70,000 people.