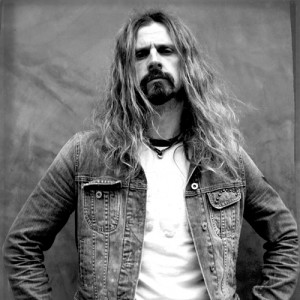 Throughout his career, hard-rock icon and celebrated filmmaker Rob Zombie has continuously challenged audiences as he stretches the boundaries of music, film and the fan experience.  Zombie’s frenetic summer schedule includes a stop as the host of the first-ever Comic Con attendee party, followed by the release of his remix album, Mondo Sex Head, in the midst of finishing up post production on his latest feature film The Lords of Salem, working on his next film project “Broad Street Bullies” as well as a working on a new album in the studio with Bob Marlette, and planning for a tour.

Non-stop and driven by his art, Zombie has sold over fifteen million albums worldwide and has earned seven Grammy® nominations for his albums. He is among only a handful of people to have unprecedented success for six feature films as the writer and director. Zombie is no stranger to working with and pushing the limits of all modern-day art mediums to accomplish his vision.

Now, as the ultimate curator of the fan experience, Rob Zombie will take over San Diego’s Petco Park to ring in Comic-Con as host of the first-ever official Comic-Con Opening Night Attendee Welcome Party, “Dawn of the Con,” on Thursday, July 12, 5:30 – 11PM PT.  Presented by VH1, “Dawn of the Con” promises a night full of fantasy, science fiction, monsters and heavy metal for all Comic-Con attendees.  Additionally, partygoers will get a sneak peek of his new remix album Mondo Sex Head.

Rob Zombie’s upcoming film The Lords of Salem is almost complete. Zombie’s next film endeavor is the story of the “Broad Street Bullies,” the legendary mid-1970’s version of the Philadelphia Flyers hockey.  The project has the support of the Flyer’s organization, which will cooperate with Zombie and pull no punches in telling the team’s incredible story.  This will be Zombie’s first biographical film, his previous film credits, with box office total of more than $121 million, include the cult smash House of 1000 Corpses (Lionsgate 2003), its sequel The Devil’s Rejects (Lionsgate 2005), the animated film The Haunted World of El Superbeasto (Film Roman 2009), and the blockbuster re-imagining of John Carpenter’s Halloween (Dimension 2007), along with its sequel Halloween 2 (Dimension 2009).

HATCHET III IS COMING TO THEATERS ON JUNE 14th
The Haxans to release 'Party Monsters' on Oct. 13