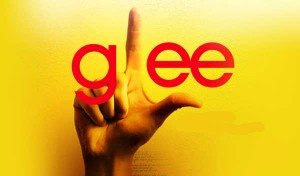 Newcomers Join the Musical Comedy Series
When It Returns Thursday, September 13, on FOX

It’s back to school for newcomers Dean Geyer and Jacob Artist as they join GLEE when
the hit show returns Thursday, Sept. 13 (9:00-10:00 PM ET/PT) on FOX.

In the season premiere, RACHEL BERRY (Lea Michele) lands in New York City to
attend NYADA and meets BRODY WESTON (Geyer), a handsome upperclassman who
shows an interest in her. Meanwhile, back at McKinley, PUCK’s (Mark Salling) bad boy
younger half-brother, JAKE PUCKERMAN (Artist), tries out for the glee club, but his
attitude could derail his audition.

Geyer was on the Australian TV series, “Neighbours.” He also was a contestant
on “Australian Idol” and guest-starred on FOX’s “Terra Nova.” The 26-year-old singer/
songwriter was born in South Africa.

Artist starred in the TV movie “Blue Lagoon: the Awakening” and was featured on the
comedy series “Melissa & Joey.” He grew up in New York and graduated with honors
from Williamsville South High School.

Entering its fourth season, GLEE is a musical comedy about a group of ambitious and
talented kids who escape the harsh realities of high school by joining a glee club where
they find strength, acceptance and ultimately their voice. This year, the senior class is
riding high from their Nationals win and enjoying a bit of popularity, while the graduating
class leaves the comforts of McKinley for the cruel streets of New York as they open
a new chapter and continue chasing their dreams. As previously announced, Golden
Globe Award winner and Academy Award nominee Kate Hudson will join the cast in
a six-episode arc, and Emmy Award-winning actress and fashion icon Sarah Jessica
Parker also will guest-star, in her first return to television since “Sex in the City.”

GLEE is produced by Ryan Murphy Television in association with 20th Century Fox
Television. Ryan Murphy, Brad Falchuk and Ian Brennan are co-creators of the series.
Murphy, Falchuk, Brennan and Dante Di Loreto serve as executive producers. “Like”
GLEE on Facebook and download the Facebook Fan Page app at www.facebook.com/
Glee. Follow the series on Twitter @GLEEonFOX and join the discussion at #glee.