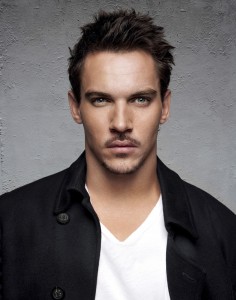 The Ten-Episode Series Is A Co-Production Of Universal Television, Carnival Films & Television, Flame Ventures, Playground, And Sky Living
UNIVERSAL CITY, Calif. & LONDON — July 24, 2012 – NBC and Sky Living today announced the co-production of “Dracula,” a provocative new drama series version of the classic Bram Stoker novel starring Golden Globe winner Jonathan Rhys Meyers (“The Tudors,” “Elvis”) in the title role. It was announced jointly today by Universal Television Executive Vice President Bela Bajaria, and Sky’s Head of Drama, Anne Mensah.
“Dracula” is from the producers behind the critically acclaimed, Emmy Award-winning hit “Downton Abbey,” Carnival Films & Television, along with Flame Ventures and Playground, and will begin production later this year.
The 10-episode series introduces Dracula as he arrives in London, posing as an American entrepreneur who maintains that he wants to bring modern science to Victorian society. In reality, he hopes to wreak revenge on the people who ruined his life centuries earlier. There’s only one circumstance that can potentially thwart his plan: Dracula falls hopelessly in love with a woman who seems to be a reincarnation of his dead wife.
Based on a script by co-executive producer Cole Haddon, “Dracula” will be executive-produced by former president of HBO Films and Emmy winner Colin Callender (“The Life and Adventures of Nicholas Nickleby”) for Playground, Tony Krantz (“24”, “Sports Night”) for Flame Ventures, Gareth Neame (“Downton Abbey”) for Carnival Films & Television (part of NBCUniversal International Television Production), Anne Mensah for Sky, and Universal Television. Reece Pearson from Flame Ventures is also co-executive producer.
Bajaria said: “We are thrilled to produce this smart, sophisticated, and provocative re-imagining of ‘Dracula,’ in partnership with Colin, Tony and our International studio arm and Sky Living for NBC Network. It is a timeless tale with relevant, surprising twists and turns with the exquisite Jonathan Rhys Meyers in the marquee role.”
Michael Edelstein, President, NBCUniversal International Television Production, said: “We are delighted that Jonathan Rhys Meyers has chosen this project to return to television and have built an amazing team of producers behind the camera to deliver this extraordinary show. Since 1897, the story of Dracula has captivated readers and viewers alike and this sexy, updated twist on the classic also promises not to disappoint.”
Mensah, Sky’s Head of Drama, commented: “I am so pleased to be announcing our first-ever co-production with NBCUniversal and we are delighted to be bringing an actor as exciting as Jonathan Rhys Meyers to Sky. ‘Dracula’ combines the biggest and best talent both in front of and behind the camera and will keep our customers intrigued and enthralled. With its dark, twisted and intelligent script it absolutely sets the scale, tone and ambition for future dramas on Sky Living.”
Antonia Hurford-Jones, Acting Director, Sky Living added: “As one of the nation’s most iconic literary characters, this new incarnation of ‘Dracula’ feels like the perfect fit for our Sky Living audience. It’s an extremely exciting time for the channel and this co-production with NBCUniversal marks the start of big things to come.”
“Dracula” is the latest in a series of co-productions embarked on by Sky, with previous projects including “Treasure Island” and “Strike Back.” Sky last year signaled its commitment to original production by increasing its investment in original British content by 50 per cent over the next three years. By 2014, Sky expects to invest Â£600 million a year on home grown content across its portfolio of channels.
Additional casting and production details will be announced at a later date.