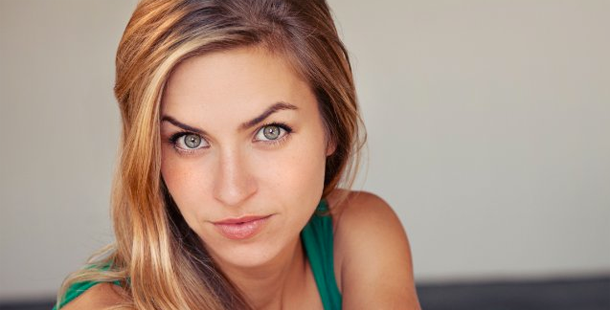 Lena: You were initially a consultant for the show but you landed the role of Tess Westin. Can you talk more about that?

Margaret Judson: I used to work at NBC News in New York and while I was there Aaron Sorkin came in to kind of see how a real newsroom operates because he was thinking about writing a pilot. The working title was More As This Story Develops and now it’s The Newsroom. He just came in for a couple of hours one day and I was in charge of showing him around because I was a production assistant on a show that he was shadowing. I answered a couple of his questions and showed him around and it was a pretty normal thing. We stayed in touch and I ended up being a consultant on the show. He would just send me questions while he was writing his pilot. In the pilot there is the part about the news alerts when we were covering the BP oil spill and how that’s popping up on the screen through inews and the alerts are changing. I also helped him understand how inews and those alerts work. After all that he asked me, if the show went, to continue as a consultant. He sent me a copy of the script and I was just so drawn to it. I can’t really explain why and now when I look back on it, it was just like this force field dragging me towards this project because it was so interesting and Aaron is such an incredible writer. The subject matter is something that is really close to me. I actually ended up asking for an audition after that. He told me that it doesn’t really work that way. Just because you can work in a real newsroom doesn’t mean that you can work as an actor in a fictional newsroom. As compensation for all the hard work that I had done as a consultant he gave me an audition and told me not to expect anything. It turned into a role and I’ve been in every episode.

Margaret Judson: Thank you so much. I was for a while. When we shot the pilot and then we had about four months when we were waiting to get picked up. Aaron had a writers’ room and I was able to be in there for those four months, and then when shooting started I was on the set all the time. I’ll talk to Aaron about certain things and that are happening in the newsroom for example, a couple of episodes in, we have the elections and I had been involved in a couple of the elections on NBC News so I was able to help him with that on the set. At this point, I’m not as much of a consultant; I’m more focused on acting. I never expected that. I’ve always been more into the behind-the-scenes stuff but the in front of the camera stuff has taken over.

Margaret Judson: Aaron is so amazing. He puts so much work into every single word he writes and in every single dialog that he writes for every single episode. They have complex episodes with complex dialog and at the same time he will be on set for every rehearsal. He is just so hands-on. He’s really hardworking and so much fun to work with. He makes everything exciting and fun. He’s totally into it so you can’t help but love to work.

Lena: What a wonderful first role for you.

Lena: And the cast, what was your experience like working with them?

Margaret Judson: I feel so lucky to work with the cast that I do. First of all, they are incredibly talented. I knew that before I got into acting but now that I understand the craft a little bit more it just blows me away times ten. It’s just amazing to watch how they work and everybody is so professional and committed. It is just amazing to be around people like that. At the same time, they are such good people. They were so welcoming to me, someone that has never done this before. They treated me just like everyone else. I’ve made really amazing friends through the show. They are amazing professionally and personally. I feel really lucky to be a part of it.

Lena: I’ve been hooked since the pilot. I can’t wait to see what they do with the finale. Can you talk a little bit about that?

Lena: The show has already been picked up for a second season, so hopefully when it comes back they will have Tess come back. Where would you like to see Tess next season?

Margaret Judson: I know, I really hope that they bring Tess back too. I’m crossing my fingers. I would love to know more about her. I love that she’s funny and hardworking. I think those are really important qualities and I love that Aaron does that. It’s kind of a toss-up. I’m not sure but hopefully she comes back.

Lena: Do you want to take on more acting roles?

Margaret Judson: What’s so cool about acting is that it actually has a lot of overlap with journalism just because the core values of it, the core values of storytelling, honesty, human analysis, and relationships. What I really love about acting is that it is really rooted in love, relationships, and human interactions. I would love to continue acting. The Newsroom is my priority if they will still have me. The more that I can do it, the more that I would love to do it. I’ve been taking lessons so I think it’s really interesting to learn about new characters. Acting has really changed my life. It has opened my eyes to something that is completely new and different but I think improved the way that I look at life, which is just something that if I get to do as my job too, that is even better.

Lena: Have any of the cast members given you any advice? I mean you work with Jeff Daniels, Terry Crews, Jane Fonda, Sam Waterston, etc. 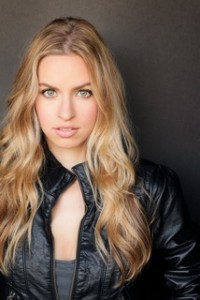 Margaret Judson: They are all amazing. I’ve been talking to Terry Crews a lot. He’s gone through such an amazing journey. He started as an NFL football player and now is acting. We kind of bonded over the fact that we came from somewhere that has nothing to do with acting but found really great things in acting. He’s just really encouraging and has such an amazing outlook on life and challenges. This has been a pretty big challenge for me to pick up and leave New York, which isn’t even where I’m from I’ve only lived there for three years, I’m from Chicago. I moved and had to make new friends in every single place and then leave. There have been a lot of transitions and challenges but I think talking to Terry, he just had the best advice. He’s really encouraging and positive which is an incredible influence that I’ve been really appreciative of.

Lena: I’ve interviewed Terry before and he’s so nice.

Margaret Judson: He is so nice and so positive. I just really aspire to be like him.

Lena: You have to ask him about his dancing.

Margaret Judson: He’s such a good dancer. He should be on Dancing with the Stars. That would be so good for him.

Lena: I’ve loved The Newsroom ever since that speech in the pilot that Will McAvoy (Jeff Daniels) gave. I’m looking forward to how they are going to wrap up the first season.

Margaret Judson: I mean knowing Aaron, it is going to be something genius.

Lena: They need that debate format in real life.

Margaret Judson: I know. How funny was that in that last episode when they showed what really happened and Adam Arkin is showing the other actor how they ended up asking Michele Bachmann just these total fluff questions. I thought that was such a perfect scene.

Lena: Your character didn’t get to say her part.

Margaret Judson: Yes, the Cain part. That scene actually used to be a lot longer but they cut it down.

Margaret Judson: Thank you so much for watching.