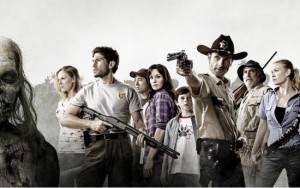 DISH Customers Who Are Being Denied Access to Their Favorite

Scripted Drama Series* Can Register for the Free Live Stream at http://www.amctv.com/thewalkingdead4dish/

New York, NY, September 28, 2012 – In response to DISH taking away its customers’ favorite scripted drama series on basic cable* – The Walking Dead – AMC is offering all DISH subscribers a special live stream of the hit show’s season three premiere episode on Sunday, October 14, at 9PM ET/6PM PT on amctv.com. This streaming event will run concurrently with the television debut so DISH subscribers who are fans of the series can experience this highly-anticipated premiere at the same time it’s available to all other cable and satellite subscribers.

Beginning Friday, September 28 at 9 AM ET, DISH subscribers can register for access to the free live stream of “The Walking Dead” at http://www.amctv.com/thewalkingdead4dish/.

AMC stated: “To gain leverage in an unrelated lawsuit, DISH has decided to deny their customers access to AMC shows including ‘The Walking Dead,’ the series that has shattered basic cable ratings records. Although ‘The Walking Dead’ is the #1 basic cable scripted drama for DISH customers, DISH has stated it has no plans to bring back AMC. DISH customers who want to watch the entire season at the same time as the rest of the country should switch television providers now…time is running out.”

DISH dropped AMC, as well as its sister networks, IFC, WE tv and Sundance Channel to gain leverage in an unrelated lawsuit. DISH customers may find information on how to switch providers at www.switchfromdish.com.

“The Walking Dead,” hailed by Entertainment Weekly as the “greatest thriller ever produced for television” follows Rick Grimes (Andrew Lincoln) and his band of survivors who must not only fight the dead, but also face a whole new fear: the living. Season three of “The Walking Dead” will air in two-parts with the first eight hours kicking off October 14 and the final episodes returning beginning February 2013.

Joining the cast for season three are David Morrissey and Danai Gurira along with her zombie pets.

The season premiere of “The Walking Dead” will be complemented by a wealth of exclusive content at www.amctv.com. Fans can check out “Inside The Walking Dead” videos, episode sneak peeks, “Talked About Scenes,” “Talking Dead” bonus scenes, production diary interviews with the cast and crew, production photo galleries, fan trivia and new behind-the scenes videos from the set in Atlanta.

“The Walking Dead” reigns as the most watched drama series on basic cable for Adults 18-49 and Adults 25-54 and is the highest rated scripted drama series among DISH subscribers (Source: Nielsen Media Research 4Q11 – 1Q12 A 18-49 (000) Dish Universe. The series has garnered two Emmy® Awards for Outstanding Prosthetic Make-up, a Golden Globe® Award nomination for Best Television Series – Drama, and a WGA Award for Outstanding Achievement in Writing Derivative New Media, among other accolades.