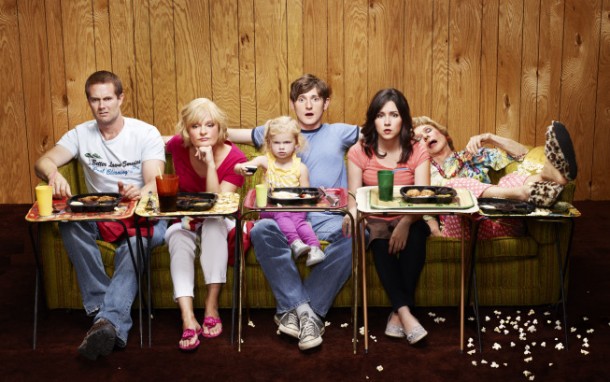 Martha Plimpton, from Raising Hope, took the time to chat about the new season, which premieres tonight on FOX.  Martha plays Virginia on Raising Hope and is also celebrating a recent Emmy win.  Raising Hope premieres its third season tonight at 8:00 p.m., and the premiere episode will feature guest stars, Melanie Griffith and Tippi Hedren.

Q:  You’ve done a big variety of roles, so do you preferred drama or comedy?

Martha Plimpton:       I like them both.  I like being able to explore whatever avenues I’m permitted to explore.  As an actor, I think variety is the spice of life, so I like doing it all.

Q:  What guest stars do we have coming up this season?

Martha Plimpton:       Well, as you know, Melanie Griffith and her mom, Tippi Hedren, are on our premiere episode.  Then coming up, who else do we have?  We have a bunch of people.  We have Jenny Slate coming on, who was an SNL alumn. Oh, of course, Wilmer Valderrama, what am I even thinking?  He is on a bunch of episodes coming up.  Chris Klein, who is hilarious.  Then I’m not sure who is coming up after.  We have a little bit of a break right now, so I don’t know who is coming up after that.

Q:  What was it like working with Michael J. Fox again after all these years, because you did an episode and you played the runaway girl?

Martha Plimpton:       Exactly.  I played the little orphan girl, who tries to shoplift from Mallory’s Boutique in the mall.  It was awesome.  I love Michael.  He is a fantastically funny person, incredibly smart, incredibly generous actor, and I just adore him.  The sweetest thing about him was that he actually pretended to remember working with me all those years ago, and I thought that just could not have classier of him considering how many people he worked with when he did that show.  I just love him.  I think he is terrific, and I would kill to do it again.

Q:  You work with Melanie Griffith and Tippi Hedren this season.  What was that like, and have you worked with them previously?

Martha Plimpton:       No.  I had never worked with them before, and they were both lovely.

Q:  What can you tell us about this season of Raising Hope?

Martha Plimpton:       Well, gee, where do I begin?  We are going to be branching out a little bit, meeting more of Sabrina’s family, and seeing a little bit more of the outside world.  There is a risk that maw maw could be removed from the home, and we have to rescue her from a state-run nursing home.  We sort of pull off a little Mission Impossible thing there.  What else?  Just more of the same, hilarious hijinks.

Q:  With the show going on to its third season, how do you feel about the longevity of the show?  What do you think it is about the show makes it resonate with fans so much?

Martha Plimpton:       Well, I think it’s really well written.  I think people are surprised when they watch it at how well written it is.  I think people are surprised by the sort of underlying sophistication of the show, and I think that as nutty and as crazy as it gets, it has a sort of underlying core of honesty and authenticity.  These are people who love each other and it’s not cynical.  They’re not mean to each other.  They’re all in it together.  There are a lot of families out there in this county, who are living with multiple generations under one roof, and they can relate to the sort of ridiculous things that happen when you’re living with that many people in a home.  Stuff like that I think.

Q:  Cloris Leachman tends to be pretty rambunctious.  What’s it like to work with her on set on a daily basis?  Does that kind of behavior manifest itself on the job as well?

Martha Plimpton:       She’s hilarious, she is fearless, she doesn’t care what anybody thinks, and she is very, very funny.  If I have that much energy when I’m 86, I will consider myself quite lucky.

Martha Plimpton:       That’s all the writers, but to be honest, we did incorporate something that a friend of my father’s says a lot in an upcoming episode about a real estate mongrel.  I feel proud to be able to have contributed to at least one malaprop, and I think I may have contributed one or two others last season; although, I don’t know if I remember which ones they were.  No, that’s the writers.  The writers are brilliant.

Q:  Martha, the show is doing a contest this season, The Raising Hope Clean Sweep.  Can you tell us a little bit about that?

Martha Plimpton:       Well, last May, during the up fronts, I pitched an idea for a contest that I wanted to do to engage the fans more and give thanks to them, because I was so excited about getting a third season.  I suggested to the people over at Fox that we have a contest in which Raising Hope’s biggest fans win a chance for me to come fly anywhere in the country and clean their house. 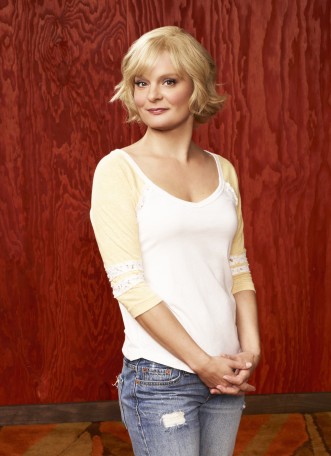 Q:  Do you know what you’re getting yourself into?

Martha Plimpton:       Absolutely.  I always do.  I was amazed that they thought it was a good idea, and that they wanted to do it.  So here we are, and we somehow managed to hoodwink Garret into it as well.  He is going to be coming with me and cutting lawns or cleaning pools, whichever is more appropriate.

Q:  Do you have a favorite episode of Raising Hope?

Martha Plimpton:       Oh my goodness.  I have a lot of them.  There is so many good ones.  From Season 1, I love the hoarders episode; the Jenga episode.  I love that episode, but there are so many of them.  Oh my gosh, that’s a really, really hard one.  There’s a Halloween episode coming up that I haven’t seen yet, but I loved shooting it.  I thought it was really, really fun to film.  Then there is another one coming up this season where we all participate in a 1K race to benefit angry bowel syndrome.  That was really, really fun to shoot.  I think that’s going to be a good one.  There is too many to list really.

Q:  Is there anyone that you haven’t worked with that you would like the chance to work with in the future?

Q:  Now that the twins are older, are they easier or harder to work with?

Martha Plimpton:       Oh that’s funny.  First of all, they’re so smart, they’re so sweet, and they’re so fun that they’re never hard to work with, ever.  Now that they’re getting a little older, it’s harder to get them to do things if they don’t want to do them.  It’s easier when they are babies.  You can just prop them in a chair, and they’re just adorable, you know what I mean?  The girls are learning the concept “no.”  The truth is they are so sweet, and their mom is so great with them, and they love coming on set.  They like everybody there.  They have a good time.  We try to keep it fun for them.  It’s actually been really easy.

Q:  Since you have a mother and daughter on the show this year, any chance of your father coming on the show?

Q:  Martha, you and Garret have amazing chemistry.  Where does that come from?  You are just so natural together.

Martha Plimpton:       Well, chemistry is chemistry.  I don’t really know.  We both really like each other, and we are good friends.  Even though we had never worked together before we started the show, we both had met, and we both had worked with a lot of the same people.  We both always wanted to work together, so when it came time for us to go to network together and test, I think it just felt like a good fit.

Q:  We know now that Jimmy and Sabrina get engaged in the premiere episode, does this mean that we can see a wedding sometime in the near future?

Martha Plimpton:       Well, that’s usually what follows an engagement, but remains to be seen.  We’ll see.  I don’t know.

Q:  Sometime in the upcoming episode, if there were to be a wedding, how do you think your character will handle that situation?

Martha Plimpton:       Well, I imagine it will be somewhat ridiculous.  I’m not sure.  I don’t know.  I really don’t know.  It’s up to the writers.  Virginia didn’t have much of a wedding herself, so she might be really excited.