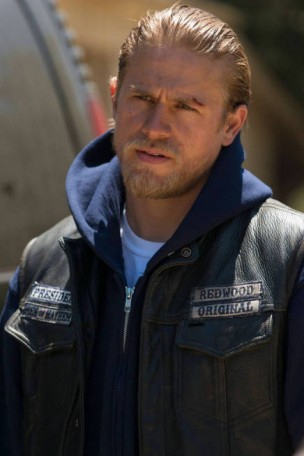 Tonight on Sons of Anarchy, you will feast on something so intriguing that you will be forced to ask yourself a few questions.  Surprises are awesome and this one will not disappoint.  “Orca Shrugged” is my favorite episode of the season, so far, and possibly the series.  It’s everything that you love about Sons of Anarchy and features everyone at their best, truly at the top of their game.  This season is just phenomenal.  Kurt Sutter surely knows how to reward his loyal viewers.  True Blood fans, one of your favorites stops by Charming this evening.  There is also a very special guest star that people are going to be talking about for a long time.  Do I even have to tell you not to miss tonight’s episode?  “Orca Shrugged” – Jax attempts to pull SAMCRO into a new venture.  Written by Regina Corrado and Kurt Sutter; directed by Gwyneth Horder-Payton.

This season we have already had to say goodbye to the beautiful Harry “Opie” Winston.  R.I.P. Opie!  Ryan Hurst provided us with countless hours of emotionally fueled entertainment through his portrayal of his long-suffering character. Opie’s death was so hard to watch, and that scene will be etched in our minds for years to come.  I have to admit that there was a certain beauty to it because Opie seemed like he was finally at peace.  Looking at it artistically, Ryan really became one with his character and ended the sad saga of Opie beautifully.  I’m sure that was one of the most difficult scenes that Ryan has ever had to film.

Since he has caused so much trouble and subsequent deaths, I really think that Clay (Ron Perlman) should be the one to provide the tit and thumb. Who is with me?  Like those guys would remember if that whore had man hands and hairy breasts.  It may have been her selling point.

Jacob Hale (Jeff Kober) is back this week and newsflash he’s still creepy.  His facial hair only makes him look like an extra disturbing Colonel Sanders. Jax (Charlie Hunnam) has something to discuss with him. Say what you want about Jax but he always says please and thank you.  How much more could you ask for?

Chibs (Tommy Flanagan) fans, you are going to love tonight’s episode.  Chibs gets a nice amount of screen time and that made some members of my household very, very happy.  If every home with a Nielsen box had a chinchilla Sons of Anarchy would be the only show that they would be allowed to watch at that time slot. They have hands and can throw things; never forget that.   You do not mess with their stories.

Tonight Tara (Maggie Siff) gets some news and helps out a friend in need.  Gemma (Katey Sagal) is still finding herself and is confused about a recent turn of events. 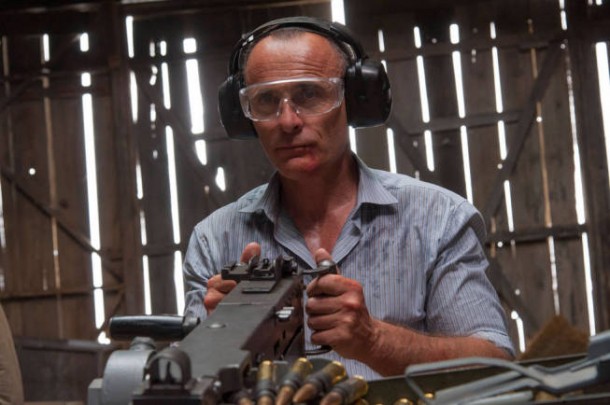 We learn so much about our beloved boys in tonight’s episode.  I’m really enjoying Bobby (Mark Boone Junior) this season in his take charge VP position.  I think Jax made the perfect choice.  Tig (Kim Coates) lets us in on his favorite icy confection.  Tig also reminds us of why we fell in love with him in the first place.  I think, for the first time ever, Chucky (Michael Marstein) is in a scene that he didn’t steal. When has that ever happened?  That is just a small example of how tremendously ingenious this episode is.  This is the episode that we all needed.  Jax’s “Irish discussion” with Galen (Timothy V. Murphy) is also pretty classic.

Everything aligns perfectly on tonight’s action-packed episode.  Do not miss tonight’s episode of Sons of Anarchy at 10 EST, only on FX.