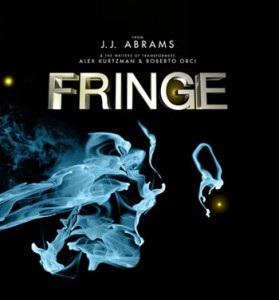 (Silver Spring, Md.) – Science Channel invites viewers to join FBI Special Agent Olivia Dunham, eccentric scientist Dr. Walter Bishop and his estranged son Peter as they investigate the universe of the paranormal and science of the unexplained on the breakthrough series FRINGE. Beginning Thanksgiving Week, the critically-acclaimed franchise returns to its very beginning with an expanded examination of actual fringe science that only Science Channel can provide.

Featuring leading experts such as Dr. Michio Kaku, Science Channel will examine phenomena such as time travel, dream sharing and parallel universes with the short-form series, “Science of Fringe”. Also, every Tuesday night Science Channel airings of FRINGE will begin with a special appearance by series star John Noble, who will set the stage for the back-to-back-to-back episodes.

“Viewers tuning into FRINGE on Science Channel will see one of television’s smartest and most addictive series in a more thought-provoking format than ever before,” said Debbie Adler Myers, General Manager and Executive Vice President of Science Channel. “Audiences will find all of the action and riveting drama associated with this pop culture sensation, along with a deeper dive into the mind-blowing science that provides the foundation for the series.”