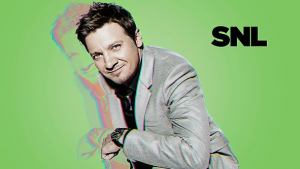 C-SPAN Booknotes Cold Open
Paula Broadwell, the biographer of Gen. David Petraeus’ book and one of the women in the center of a CIA sex scandal, gets rather personal during a reading of “All In.”

Tourism Ad
This holiday season you should skip that trip to Hawaii and head back to home, where every comfort is right at your fingertips.

The Situation Room: David Petraeus
CNN’s Wolf Blitzer tries to answer the question Americans are asking after the news of David Petraeus’ sex scandal surfaced: who is Jill Kelley?

Stand Off
Three men in a tense stand off go to great lengths to not let anyone out of their sights.

Weekend Update Favorites: 11/17/12
Catch up on the headlines with Weekend Update anchor Seth Meyers, including the Gen. David Petraeus scandal.

Weekend Update: Katt Williams
In the wake of several recent controversies, Katt Williams stops by to address his actions.

The Avengers
When The Avengers face an alien invasion, Hawkeye runs into an equipment problem which slows everyone down.

Coroner
A man asked to identify a body in the morgue thought to be his brother gives some interesting answers.

Cartoon: Drones
If you’re not sure where you stand on our military using drones, you need to check out Cool Drones in concert before forming an opinion.