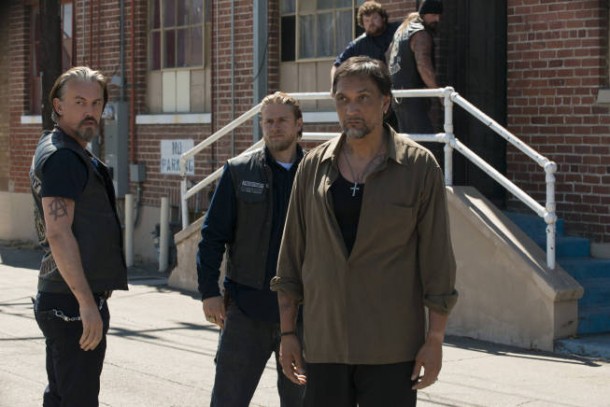 Sons of Anarchy doesn’t mess around when it comes to choosing guest stars.  This week, Donal Logue is added to its exceptional roster of talent this season.  Terriers fans will be delighted to see another one of their favorites join the cast, and I’m betting that we will get to see Donal’s character interact with Roosevelt (Rockmond Dunbar).  It’s just a shame that Donal’s real-life sister, Karina Logue, didn’t make it past last week’s episode.  Nurse Pam Toric’s death was tragic and certainly comes with some hefty strings attached.  Otto Delany (Kurt Sutter) may actually live to regret his decision.  “To Thine Own Self” – Jax scrambles to put his affairs in order, while Nero handles business with his old crew.  Witten by Mike Daniles, John Barcheski, and Kurt Sutter and directed by Paris Barclay.

Have you ever noticed that anytime someone suggests that there should be no more lies or secrets that they are the ones that set themselves down that very treacherous path?  Who can be trusted implicitly?  Election time may be over but could you image if the characters tried to win you over by running political attack ads.  Where would they even begin?

Tara (Maggie Siff) has a lot to worry about given what happened last week. She supplied Otto with the murder weapon and it’s not going to take them long to figure that out. Jax (Charlie Hunnam) calls in someone he trusts to help out but he has a hard time facing what the outcome could be.  What do you think is going to happen to Tara?

Jax is getting very used to throwing his weight around.  I have a feeling we are going to hear that accent sneak out a lot in these last episodes.  Remember the happier times? Poor Jax and Tara never even got around to having a proper honeymoon.

Chucky (Michael Ornstein) channels a literary legend in tonight’s episode, and this time Jax acknowledges that he should “accept that.”  It’s about time Chucky is back.  His scenes always add in a little mischievous fun that is always welcome.

Tonight you will find out what would actually make Tig (Kim Coates) puke.  As much as Tig speaks, it’s not his words that tell the story.  That’s the difference between and actor and an extraordinary actor. 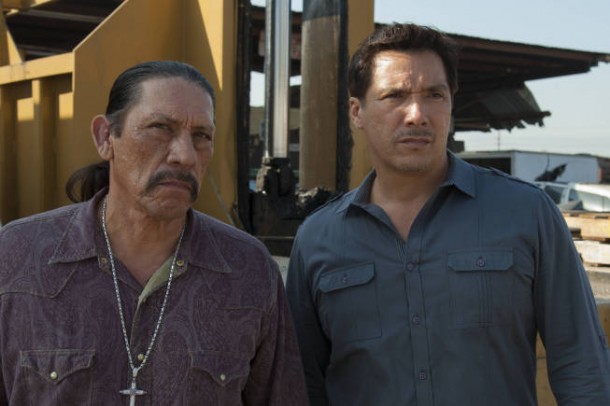 Lyla (Winter Ave Zoli) is back tonight, making the most of what happened to her.  She can really pull anything off.

This week, instead of Bobby (Mark Boone Junior) being the voice of reason, Happy (David Labrava) points out the obvious.  Happy proves why he is someone that you should never mess with.  If you weren’t a Happy fan, you will be after tonight.  How could you not love that man?

Unser (Dayton Callie) will make you laugh and cry.  Dayton really shines in this episode.  He has some of the most touching scenes, and I don’t mean that in a Tig Trager kind of way.  He is asked for his opinion and he shines a light on something that has been left out of the picture.

Clay (Ron Perlman) is left with a bad taste in his mouth but for once something intelligent actually comes out of it.

Nero’s (Jimmy Smits) old crew stops by for a visit.  Will that “turn” that Jimmy referred to in a recent interview occur tonight?  Do you think that it was a mistake for him to get involved with the Sons?

I could be wrong but I think Frosted Mini-Wheats may owe Kurt some money.

This episode sets everything in motion.  “Epic” decisions are made, lines are drawn, and boundaries are crossed in typical Sons of Anarchy fashion.  There is plenty of action, intensity, and drama in tonight’s episode and for all of you that have been worried about Tig, don’t worry because his lips are not lonely tonight.

Do not miss tonight’s extended (set your DVRs accordingly) episode of Sons of Anarchy, “To Thine Own Self,” at 10 EST, only on FX.