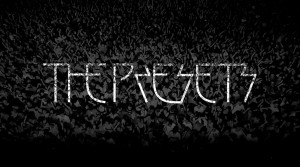 Get ready – The Presets have announced their Australian national tour for January and February 2013.

Supported by Parachute Youth and Light Year, The Presets will be playing all the key tracks from their new album ‘Pacifica’ and as well as hits and reworkings from ‘Apocalypso’ and ‘Beams’.

Be sure to check your inbox for a special FAN ONLY pre-sale announcement TOMORROW.

Tickets to the general public on sale this FRIDAY DECEMBER 7.