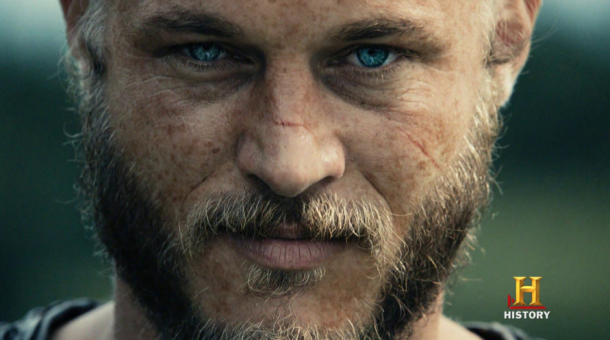 They Were the Fiercest Warriors of All Time…

Created and Written by Michael Hirst

The word “Viking” has been synonymous with brutality, terror, and mystery ever since the first Norse warriors appeared along the coasts of England and France at the end of the eighth century. Their notoriety for barbarianism without pity was an important part of the mythology that grew up around them. And while Vikings are still characterized as such in popular culture, the reality is much more complex, visceral, and powerful than their reputation suggests.

The extraordinary tales of the lives and epic adventures of these warriors are told in VIKINGS, a new nine-part scripted series premiering Sunday, March 3 at 10 p.m. (ET) on HISTORY®. The drama portrays the world of these Dark Age raiders, traders, explorers – not from an outsider’s view, but, through the eyes of Viking society.

While VIKINGS is filled with conflict, warfare and bloodshed – for these were extreme times – it is a family saga at heart. It follows the adventures of Ragnar Lothbrok (Travis Fimmel, The Beast, Baytown Outlaws), a curious, compelling  man who is always looking to break through barriers and discover new worlds to conquer. A young farmer and family man, Ragnar is deeply frustrated by the unadventurous policies of his local chieftain, Earl Haraldson (Gabriel Byrne, In Treatment, Usual Suspects, Millers Crossing), who continues to send his Vikings raiders east every summer, to the Baltic states and Russia, whose populations are as materially poor as themselves.

VIKINGS will chart Ragnar’s ambitions to discover civilizations across the great ocean to the west as well as his inevitable conflicts along the way. With the help of his jester friend Floki, (Gustaf Skarsgard, The Way Back), they build a new generation of boats – faster, sleeker and more beautifully crafted than anything else on the sea.

The series will also delve into how the Vikings – the last pagans – worshipped ancient gods like Odin, Thor, Freya and Loki. Ragnar claims to be a direct descendant of the Norse god Odin, who, as well as being the god of warriors slain in battle, is also the god of curiosity.