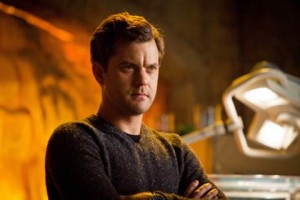 THE THRILLING WORLDS OF “FRINGE” COME TO A MIND-BLOWING END

ON THE TWO-HOUR SERIES FINALE

The acclaimed series that has explored the human condition through the prism of parallel universes, unexplainable phenomena and unimaginable threats, reaches a milestone 100th episode and comes to an epic and climatic conclusion. First, the Fringe team engages a desperate plan as Olivia embarks on a dangerous and otherworldly journey into the unknown. Then, Peter, Olivia, Walter, Astrid and Broyles face off against the Observers in one final and extraordinary battle for the fate of mankind. The five-season saga comes to an epic and emotional end in the special two-hour “Liberty/An Enemy of Fate” series finale episode of FRINGE airing Friday, Jan. 18 (8:00-10:00 PM ET/PT).