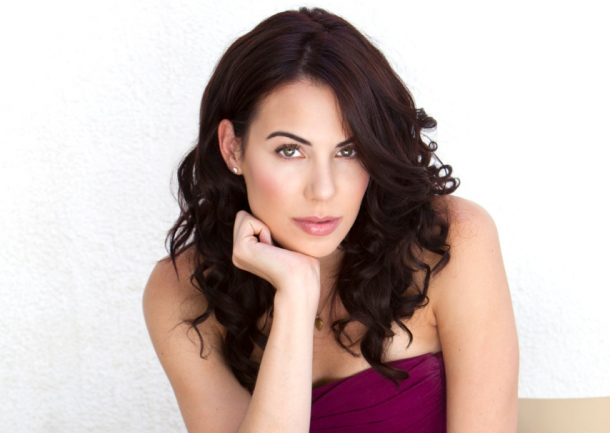 Lena:  In the Lifetime movie, Prosecuting Casey Anthony, you get to play “the most hated woman in America.”  What was that experience like?

Virginia Welch:  It was incredibly intense and a huge learning experience.  I got to work with some amazing actors:  Rob Lowe, Elizabeth Mitchell, Oscar Nunez, and Kevin Dunn.  It was definitely one of those moments where you’ve taken all the acting classes, been through all the school and everything, and now is the point where you jump and you sink or swim.  It was a really great experience.

Lena:  Where you familiar with the case at all?

Virginia Welch:  No.  I did not watch any of the trials as they were going on.  I’m pretty busy so I don’t get a lot of chances to watch TV. Once I started with the audition process and then after I booked the roll I watched hours of video footage, the jailhouse footage and footage of the trial, the police interviews, and read the notes from all of that.  I did lots of research after I booked it but nothing while it was going on.

Lena:  Did you get any feedback from her because I know when they did Drew Peterson: Untouchable he voiced his opinion about it.

Virginia Welch:  No.  I really took it on more like wanting to be a character than wanting to be involved with her actual story and mindset.  I wanted it to be separate.

Lena:  It must be different, as an actor, to play a real life person than just a made up character.

Virginia Welch:  Yeah, it really was.  I had lots of long conversations with Peter Werner, the director, Rob Lowe, who is also one of the executive producers, and talked about her emotional state, her mental state, and her history from what we know.  We sort of decided on how we wanted to perceive her from there and how we wanted to paint her as a character.

Lena:  Rob Lowe has become the king of Lifetime movies.  (He’s the reason why I started watching Lifetime movies, so well done Lifetime. Rob needs to star in everything.)

Virginia Welch:  He is fantastic.  He was such an inspiration to watch and a really nice guy. 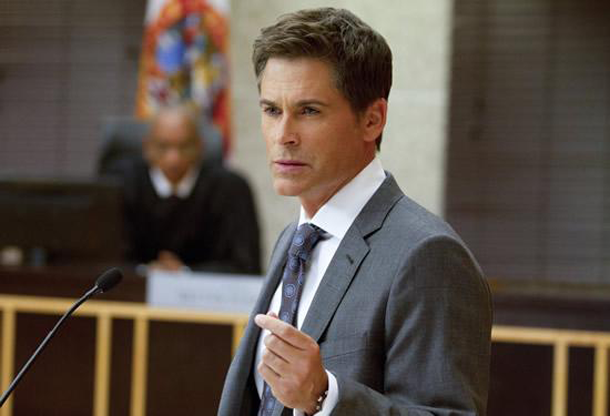 Lena:  They put him in all the movies because no matter what role he plays, whether he’s a good guy or bad guy, women and men are going to tune in.

Virginia Welch:  I saw parts of it.

Lena:  You have to see the whole thing.  I can just imagine how Drew Peterson felt when he found out Rob Lowe was playing him.  What an even bigger head that guy must have gotten.

Virginia Welch:  Exactly!  The very last day on set the real life Jeff Ashton came and visited and one of the other actors told me that he said something like that, like these are all the much more attractive versions of the real thing.

Lena:  What was it like working with Rob, Elizabeth Mitchell, and the rest of the cast?

Virginia Welch:  Elizabeth is like the big sister on set, she is always laughing and she is always engaging everyone in conversation.  She is one of the most open, warmhearted people and so much fun to work with.  I had a monologue that I had to work on and Rob was working on it with me and he was so actor friendly.  He helps you get into the mindset and experiment with the character.  It was so fantastic.  I worked with Oscar a lot because he was Jose Baez, who is my attorney, and he was hilarious.  He would get me in trouble all the time on set.  When I was supposed to be crying or in a serious mood he would be passing me funny notes or making jokes with the other actor that was on the other side of me.

Lena:  How would you describe Casey because you had to get in her head a bit to play the character?

Virginia Welch:  I would say someone who is all about number one.  She’s all about self-preservation at any cost, so much so that she would get caught up in her own stories and I think believed them.  I think she was very out of touch with reality and just so concerned with self-preservation.  The whole thing was really sad.  So sad that Caylee died it’s so sad that it hurt her whole family and so many other people.

Lena:  It is really sad.

Virginia Welch:  Unfortunately, the whole family was dragged through the mud with speculation and people bringing in a bunch of nasty rumors.  It’s just heartbreaking.  You’re dealing with the loss of a child and on top of that you’re dealing with rumors.  It’s not bad enough that you lost a child, grandchild, a niece, or whomever your talking about but the whole thing is really sad.

Lena:  Since the film deals with such a difficult subject matter, how did you lighten things up on the set?

Virginia Welch:  That would all be Oscar or one of the other actors who was on the defense team, Art Hindle.  They would just get everybody laughing.  One of the fun things we did when we wrapped each night was we got into a game of celebrity.  It’s sort of like charades.  We would get into these huge celebrity matches and be playing until 3 AM.

Lena:  Since you are playing such a hated person, are you looking forward to people recognizing you from the movie?

Virginia Welch:  I don’t know how ready I am for it.  The whole thing happened so quickly.  I was cast and flew out the next day and started filming the day after that.  I don’t know if I’ve really wrapped my head around what all of this could mean.  I think I just looked at it as an incredible experience.  I’ve met so many incredible people because of it.  I don’t really know what to expect.  I’m hoping that people remember that I’m an actress and I’m playing a part. 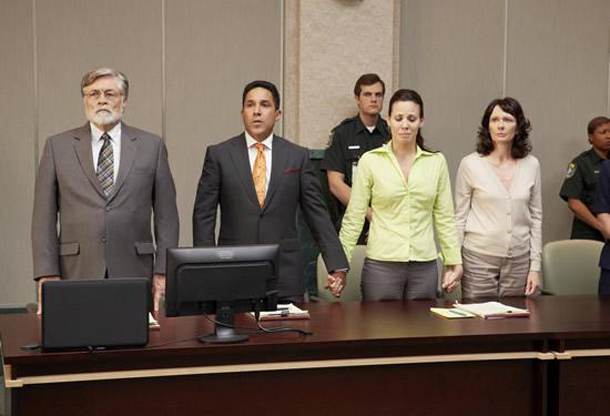 Lena:  That must have been an interesting audition.

Virginia Welch:  It was very emotional.  I lost a good chunk of my eyebrows for it.  I have pretty heavy eyebrows but I had to pull most of them out and whatever was left I had to chop off with scissors.  She had very thin eyebrows.  Without make up on, I kind of looked like an alien for the longest time.

Virginia Welch:  Nothing at this point.  I’m gearing up and shooting some stuff.  I’m having a lot of fun on both sides of the camera and shooting my own stuff until something else comes along.

Lena:  I read that you are involved with animal charities.

Virginia Welch:  I think that if I didn’t get involved with acting that I would have done something with animals.

Lena:  I love animals.  You worked with big cats?

Virginia Welch:  I did at one point.  I volunteered at a wildcat rescue.   It was tigers, leopards, and other wildcats that had been taken in from circuses and private owners who had tried to raise them as pets.  It was just about taking care of them and rehabilitating them.  It was a real eye-opening experience.  It was wonderful because I love those animals and I grew up loving to go to the zoo and watching National Geographic.  To get to walk next to a tiger is one of the most empowering feelings.  I love working with animals.

Lena:  Did you get to hold an of the tiger cubs?

Virginia Welch:  Yes!  Because I was only with them for the summer they put me with the babies because that was the easiest thing to start with.  They were ten-week-old tiger cubs and they were the cutest little things because you would walk into their enclosure and they would all run up to you.  There were four of them and they would bear hug your leg and you would be walking and dragging these little tiger cubs while you were trying to give them their water, their food, and things like that.  They were adorable.

Lena:  That is so cute.  That’s great that you got to work with them.

Virginia Welch:  It really was.  We share this plant with them.

Lena:  Yes, and we are killing everything off.  It’s so disgusting.

Virginia Welch:  That’s why I think it is so important to bring attention to all of that.