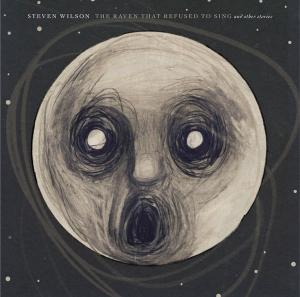 The highly respected British artist Steven Wilson releases his third solo album on Kscope on February 26 in North America (Feb 25 in UK/EU). The much anticipated new album, which is titled The Raven That Refused To Sing (And Other Stories), was written last year between January and July and recorded in Los Angeles in September.

Steven’s current band is a collection of stellar musicians: lead guitarist Guthrie Govan, bassist Nick Beggs, Marco Minnemann on the drums, Theo Travis playing saxophone/flute, and Adam Holzman on keyboards. The record has been engineered by legendary producer/engineer Alan Parsons and consists of 6 songs, 3 of which are 10 minute plus epics and are based on stories of the supernatural.

The 2 disc edition of the album features the stereo mix of the album on CD plus a DVD-V with 24bit stereo files, plus 5.1 surround sound mixes of album.

The Blu-ray edition offers audiophiles the chance to experience the album in its full glory with 24bit stereo files, plus 5.1 mixes of album. The Blu-ray also features instrumental versions of the album tracks, plus bonus track.

The vinyl edition of the album is pressed on 180g heavyweight vinyl and is packaged a gatefold sleeve with printed inners.

The deluxe edition of the album comes in the form of a 128 page hardback book containing lyrics and ghost stories, illustrated by Hajo Mueller which contains 4 discs of audio content.