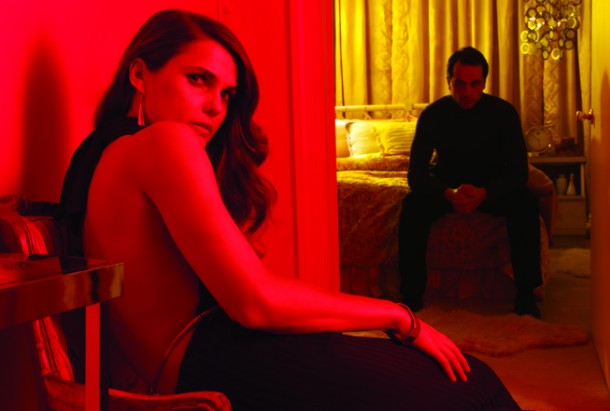 The Americans premieres tonight on FX.  If you are a fan of spy dramas and have been longing for another glimpse of that spectacular fashion from the 1980s (high waisted GUESS jeans and bodysuits), this show is exactly what you have been waiting for.   Keri Russell and Matthew Rhys star as Philip and Elizabeth Jennings, two KGB spies that have been posing as a “typical” American family in Washington D.C.  They have two children, Paige (Holly Taylor) and Henry (Keidrich Sellati). Tonight’s episode was written by Joe Weisberg and directed by Gavin O’Connor.

I got a chance to view the first couple of episodes and I have to say that I was thoroughly impressed with pretty much everything about the show.  The first episode introduces us to the Jennings and gives us a brief look into their past lives.  Their marriage was arranged and Elizabeth still doesn’t seem to feel comfortable around Philip.  They were given guidelines to follow about information sharing and discussing who they were before they met, but when a situation arises Elizabeth must make a decision that will affect both of their lives.

Elizabeth is willing to do anything for her country and I do mean anything. “Are you ready for this?”

If you were a spy, who would be the last person you would want to move in next door to you?  If you answered a member of the FBI’s Counterintelligence Division then you would be correct.  Agent Stan Beeman (Noah Emmerich) and his family are their new neighbors.  Are they the unluckiest “super-secret spies” or what?  Luckily for them, Stan’s senses are “a little off” or are they?  Someone needs to do a background check on the mailman just in case. 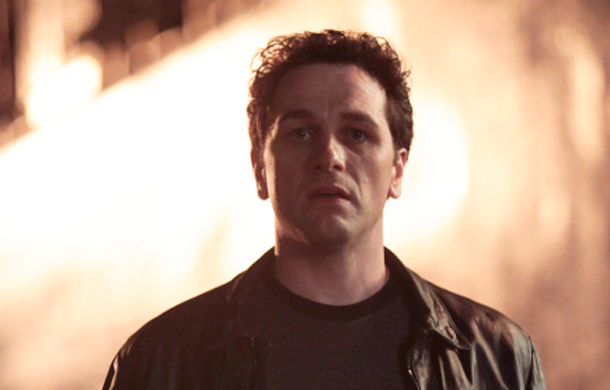 Agent Chris Amador (Maximiliano Hernandez) has some interesting questions for Agent Beeman about his days undercover.

Philip, being the wonderful dad that he is, takes his daughter to the mall and has his own little moment.  “You don’t have to be a cowboy to wear cowboy boots.”  I’m going to have to agree with Paige on this one.  I veto the boots.  Philip may be able to pull off a lot of disguises but not that one.  I do love how he remedies a situation.

Their mission doesn’t go exactly as planned but failure can be a phenomenal teacher.  Allegiance is tested and trust is questioned.  Things are about to change, they are going to get even “uglier and more dangerous.”

I will warn you after tonight’s episode you are going to want some brownies, ice cream, and a celebratory hamburger.  You are also going to want to purchase the soundtrack because Fleetwood Mac and Phil Collins own the night.  They did a sensational job coordinating the music to the scenes.   I really hate when I‘m watching a show and the music just doesn’t work.  I really enjoyed the pilot and the second episode is even better.  I can’t wait to see where this series takes us.

Don’t miss the series premiere of The Americans tonight at 10 EST on FX.  It is an extended episode so set your DVRs accordingly.