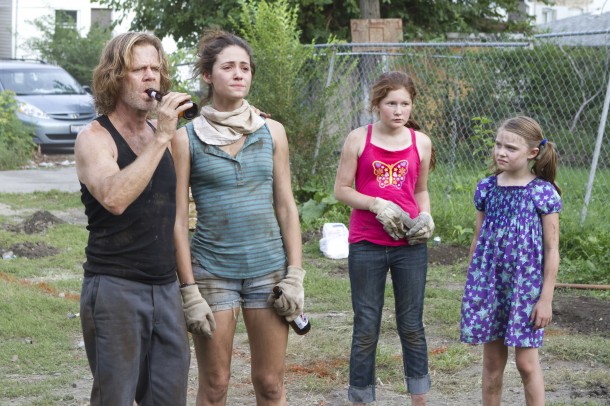 I spoke with Madison Moellers about her role as Molly on Shameless. Madison teased that “big surprises and secrets” will be coming out.  I can’t wait.  Madison also runs her own blog where she interviews influential women of Hollywood.  This remarkable young woman also works with several charities.   It was such a pleasure to speak with Madison. Don’t miss her on Shameless, Sunday nights on Showtime.  Check out her site for her latest interviews, to learn more about the charities that she supports, and so much more.

Lena:  I spoke with Emma, who plays Debbie, and she had nothing but good things to say about you.  What was it like working with Emma (Kenney) and the rest of the cast?

Madison Moellers:  It was really cool and she was just so nice.  We hung out all the time in between sets and would drive home in the van from Chicago together.  We would have our headphones in and blast our music from the backseat.  It was just so cool working with her and everyone else.  They were just so nice and the thing about the Shameless set is that it’s kind of like one big, crazy, goofy family.   Most of the other sets are pretty much all business, but on the Shameless set almost everyone behaved like a goofy family.

Lena:  That’s so nice to hear.

Madison Moellers:  It is such a good time and everyone knows each other and the ADs and everything.  We ride around in golf carts.

Lena:  You’re character Molly was featured in this week’s episode and you were fantastic.

Madison Moellers:  Thank you.  Big surprises and secrets will be coming out.  It’s kind of crazy.  Shameless was so much fun.  Everyone was really nice to me.  Ethan Cutkosky, who plays Carl, taught me how to skateboard.   Mr. Bill Macy was just so nice to me.  It was just such a great experience, working with all those amazingly talented actors.

Lena:  Since your character is just coming into the series, what can you say about her without giving anything away?  What do we have to look forward to from her?

Madison Moellers:  You should definitely look forward to the big surprise that I’m talking about but she’s just a crazy, fun, person that is kind of like a cat; she’s shy when you first meet her but then you love her after you know her. That’s kind of what I can say about her.

Lena:  What was the strangest thing that you filmed or witnessed on the set?

Madison Moellers:  I can’t say too much about that because I would probably give away a lot if I said the strangest thing, so I’m going to say the second strangest thing.  One of the coolest things was that Jeremy Allen White and Emma Greenwell are a couple on and off the show.  I just thought that was really cool.

Lena:  How do you fit your studies in with filming and all of your other projects?

Madison Moellers:  We do have a set teacher, so when the break bell rings we go over to the set room and our set teacher helps us with our school stuff.  That makes it easier to not be behind in school.  We have this mini classroom that we go to during breaks.

Lena:   You do an exceptional job interviewing influential women of Hollywood.

Madison Moellers:  Yes, in my blog, I have interviewed so many amazing women that are presidents, attorneys, producers, and casting directors.  There are just so many amazing women and I think because the percentage of producers, directors, and stuff like that, is only fifteen percent in Hollywood and when some college girls get excited and get their degrees but then when they see that percentage they give up on themselves.  That’s not good.  We try to show them that empowered women can do good stuff.

Lena:  Definitely!  Who have been some of your favorite women that you have interviewed?

Madison Moellers:  That’s a really hard question.  I can’t really think of a favorite one but one of my favorites would have to be Laura Ziskin because she was my very first interview.  She passed away but she was my very first interview and I was her last.  It was really cool because we actually have the same birthday, along with Lady Gaga. We all share the same birthday.   We filmed the interview on our birthday, so at the end of the interview they brought out cupcakes.  We put candles in them and we blew them out and filmed it.  At the end, we also said happy birthday to Lady Gaga.  The funny thing is that she blew out her cupcake but after she blew out her cupcake she didn’t eat it.  Her assistant brought over a mug of frosting with a spoon in it.  Every single year she never eats the cupcake, only the frosting.  So she has a mug full of frosting.

Lena:  That’s not a bad idea.  What’s your favorite kind of cupcake? 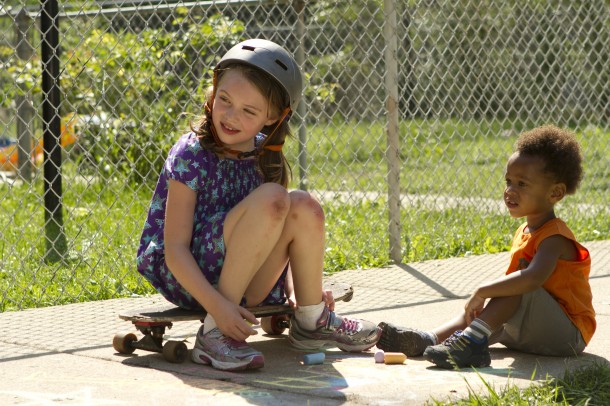 Lena: Is there anyone that you would really love to interview that you haven’t gotten a chance to yet?

Madison Moellers:  I actually have a few that I’ve been waiting for.  One of them is Amy Pascal.  She was actually really good friends with Laura Ziskin.  She was there when they threw Laura’s ashes on Venice Beach.  She told a story, during a speech, and said that when they threw the ashes all of these dolphins starting turning up and squeaking and welcoming her.  I really want to interview her for my third anniversary of my blog.  I really hope to get her, fingers crossed.  I would also like to get Shonda Rhimes.  She is the owner of ShondaLand Productions.  Those are two women that I’m working on trying to get.  I’m actually working on Kathleen Kennedy.  She’s the head of LucasFilm.

Lena:  You also work with several charities.  Would you like to take a moment to talk about them?

Madison Moellers:  Yes, actually I would love to.  I have a few charities and Gavin’s Groupies helps cure children’s blindness.  We go on mud runs for that every year.  It’s a race, for a fundraiser, but you race in mud.  The color is orange so we are all wearing orange and we are just racing in mud.  It’s madness.  I work with End Malaria Now, which is a great charity.  If you donate $10 then you can save a life or a family because if you donate $10, they will send a mosquito net to a family in Africa.  I got into Stand Up to Cancer for Laura Ziskin because she was a co-owner of that.    That’s a charity very close to my heart.  I’ve done events for all three of those and I also work with Star Paws Rescue.  We go to every single Sundance farmers market and we find homeless dogs homes.  I also work with Will Rogers Institute and they work with cardio-pulmonary diseases.  They also help retired actors in the business.  They also help save Will Rogers state parks.  All of those I just love.

Lena:  They are so lucky to have you helping them.

Madison Moellers:  Well, I hope they like me [laughing].

Madison Moellers:  I actually just learned how to ski because I live in Colorado part-time.  I just love it.  I also have two cats at home that are oxymorons.  Tidbit is like fifteen pounds and Sunny is black.  They are hilarious.