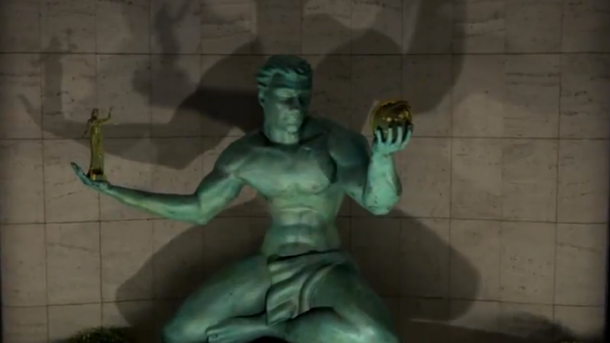 METALLICA TO HEADLINE WITH

Los Angeles, CA – February 25, 2013 – Metallica, in conjunction with their friends C3 Presents, are pleased to announce the lineup for the 2013 Orion Music + More Festival, to be held at Belle Isle in Detroit, MI on June 8 and 9. Headliners will include Metallica, Red Hot Chili Peppers, Rise Against, Deftones and Bassnectar, while the festival will also feature amazing acts including Gogol Bordello, Foals, Tomahawk, The Joy Formidable, Death Grips and local Detroit bands The Dirtbombs, DEATH and BATTLECROSS.

“Last year’s Orion Music + More Festival was hands down the highlight of the Metallica calendar. A great time was had by all, especially the band members,” said Lars Ulrich. “The fact that it also resonated with enough of our fans and friends that it warrants another go-around in ’13 is beyond exciting. I can think of no better place than the Motor City, with its rich and diverse history of music, for the second ride on our Orion festival train. Bring it the fuck on!”

The inaugural Orion Music + More was held in 2012 in Atlantic City, NJ with headliners Metallica, Arctic Monkeys and Avenged Sevenfold. The 2-day festival was met with praise from both fans and critics alike: “Orion Music and More Fest was curated to be a tremendously fan-friendly experience,” said Rolling Stone. The Village Voice said “the way that the band left its stamp on all aspects of the festival (particular the big-tent aspect of the musical lineup) gave it a charge of intimacy and care that was much more present than at other multi-band, multi-day extravaganzas I’ve attended in recent years.”

The Metallica Met Club fan club presale starts February 26th at 10am (Eastern) and runs through February 28th at 10pm (Eastern). Met Club members get first dibs on buying festival tickets with a couple of options to choose from:

Orion Music + More E-list members will get a chance to purchase $150 2-Day Passes before they go on-sale to the public. This presale starts February 27 at 10am (Eastern) and runs through February 28th at 10pm (Eastern).

Tickets will go on-sale to the public on March 1 at 10am (Eastern) for $150 for a 2-Day Pass including all fees. Visit www.orionmusicandmore.com to buy tickets.