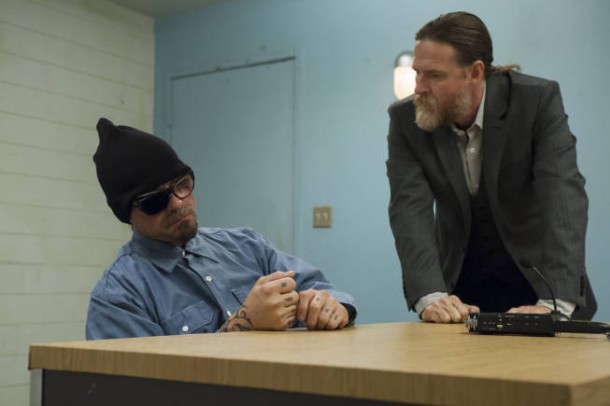 Based on an idea by Sutter, Lucas Stand is a dark, action/horror drama, with both episodic and serialized elements. It follows the salvation quest of a damaged former special ops soldier, who has been chosen to traverse time and place to hunt down and kill Hell’s law-breaking demons.

In addition to Lucas Stand, Sutter and Sons of Anarchy star Katey Sagal, with Belle Zwerdling, are developing a dark comedy at FX, Diva. Clown. Killer.

Sutter’s hit series Sons of Anarchy is the highest-rated series ever on FX. The recently concluded fifth season was the series’ highest rated season yet with first-run episodes averaging 6.37 Million Total Viewers and 4.35 million Adults 18-49, marking a +16% increase in both categories vs. Season 4. It was consistently television’s #1-rated show in delivery of Adults 18-49 and key male demos in the Tuesday, 10 PM time period last fall. When totaling all impressions delivered – linear, online, VOD – last season of Sons averaged 9.75 million Total Viewers weekly, which was a +13% gain vs. Season 4 (8.64 million Total Viewers).