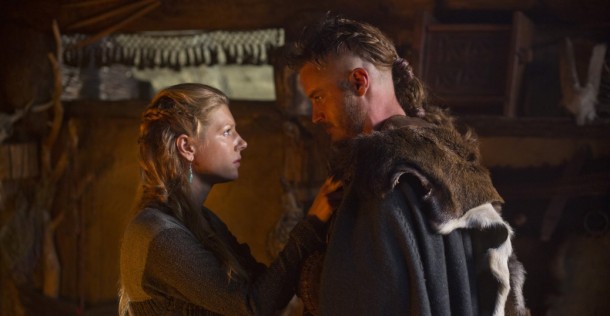 VIKINGS premieres tonight on History and I strongly urge you to watch this visually stunning masterpiece created by Michael Hirst. Travis Fimmel’s brilliant portrayal of Ragnar Lothbrok, in the first scene alone, was enough to sell the series to me. I’ve always been a fan of his work and his presence alongside Patrick Swayze in The Beast really showcased his talent. Travis masterfully conquers the role of Ragnar, all while bringing his own unique charm and dignity to the forefront. He owns the character and doesn’t get lost in him, even for a minute. A strong lead is just the beginning of what this series has going for it. Did I mention that Michael Hirst created it? I’m still mourning over the loss of The Tudors. You really have to watch this series tonight. After getting to see the first five episodes, I can genuinely assure you that the show gets even better. The premiere is just the beginning of the vivid voyage that you are about to embark on.

“Rites of Passage” begins with victory and a vision. It sets the tone for what is to come. Ragnar Lothbrok (Travis Fimmel) and his brother, Rollo (Clive Standen), demonstrate their skills and prove that they are true warriors. The ravens take their place amongst the remains of war. This is just the beginning of the awe-inspiring visuals that you will see throughout the series. Ragnar and Lagertha (Katheryn Winnick) usher their children into adulthood by teaching them how to provide for themselves. Lagertha has reservations. 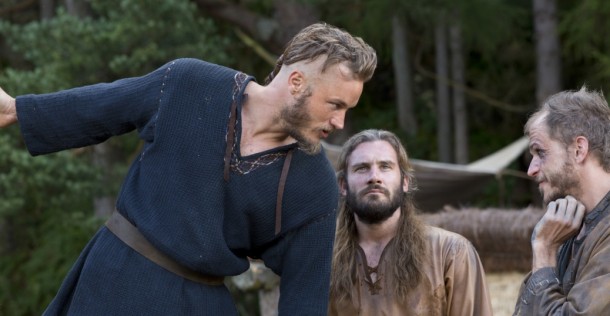 Earl Haraldson (Gabriel Byrne) presides over a meeting where he rules on criminal offenses and where they should set sail. Ragnar has other ideas that are met with resistance. He has “something that will change everything.” He also seems to have the answers to everything. Just ask Rollo.

You will learn about the rules and the laws that govern the Vikings and the price that they must pay for disobedience. Ragnar looks to another for advice but doesn’t get the help that he was looking for. Perhaps the answer lies within the proper question?

We meet one of my favorite characters, Floki (Gustaf Skarsgård), who enjoys spending his time lurking in the forest fondling the curvaceous trees. Ragnar refers to Floki as “shy.” Floki takes his shipbuilding seriously. You will fall in love with Floki.

Lagertha and Rollo definitely have some issues to work out. Rollo should know better than to mess with a powerful shield maiden. They excelled by casting the beautiful and strong Katheryn Winnick as Lagertha. She does a phenomenal job holding her own against the men. 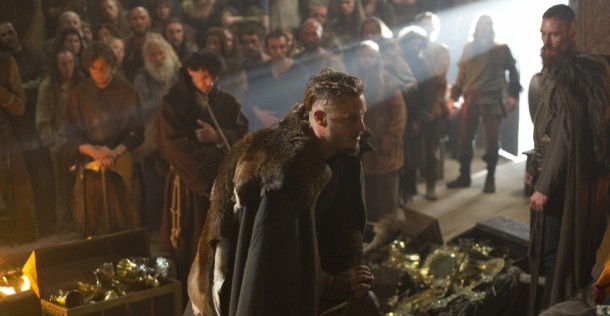 This series has everything. The beauty is in the intricate details of the storytelling. Watch Vikings if you want to escape and join the quest for knowledge and adventure. It is a superb series that gets more intense each week. Next week, one of my other favorite characters Athelstan, played by the exceptionally talented George Blagden, is introduced. You do not want to miss a single episode of this remarkable series premiering tonight on History at 10.