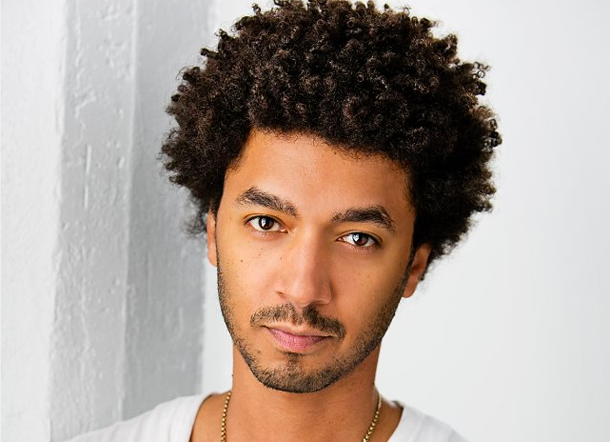 I spoke with Shawn Carter Peterson about his role in The Host.  The Host opens in theaters tomorrow and is the new film from Stephenie Meyer, the author of The Twilight Saga.  Shawn plays Wes.  You can also catch Shawn in the episode of Hart of Dixie airing on April 16th on The CW.  He was recently in the episode of Southland, directed by Regina King, called “Off Duty.” What an amazing season of Southland.  It was a pleasure speaking with Shawn.  He was even kind enough to share his hilarious story about his audition for The Baytown Outlaws.  I wish his character made it to the screen.  The movie stars Travis Fimmel from Vikings and is definitely worth checking out.  Don’t miss Shawn in The Host.

Lena:  How much fun was it filming that episode of The Shield with Walton Goggins?

Shawn Carter Peterson:  [Laughing.]  Let me tell you, the funniest thing was that we were shooting right on Sunset Boulevard in the middle of the day and they shoot it very realistically, so there were no cameras right on us they were all across the street.  I was standing there working, because I’m playing a working boy on the street, and one of my neighbors pulled up in a convertible because he saw me and I got a little worried.  He asked me if I was being a TV star today because our rent really wasn’t that much so I didn’t have to be out there.  [Laughing.]

Shawn Carter Peterson:  It was really awesome.  Walt was really cool.  We got to have the usual on set chatter between takes.

Lena:  You play Wes in The Host.  What can you say about the film and what your character contributes to it?

Shawn Carter Peterson:  The Earth is pretty much infested by aliens from outer space.  These aliens are implanting themselves into human bodies and using them as hosts.  The only way that you can tell whether someone that you come across is infected or is the host themselves is that their eyes turn a silver color around the corneas.  Otherwise, they just look like regular humans walking around.  Wes is part of a group of human beings that still remain humans that are hiding out from these aliens out in the desert. Wes’ role in this kind of compound is that he’s the lookout.  He’s the guy that is always there to make sure that everything is safe for the other people in the crew.  Wes always has everybody’s back.  He’s a really nice guy and that’s what I can tell you.

Lena:  So, no cool contacts for you.

Shawn Carter Peterson:  Unfortunately, no.  Some of the other actors got to where them and they were cool.  They would wear them all day and you would be at lunch with them.  They had this weird and quirky eye contact thing going on.  The people that are infected by the aliens are always these really well-dressed, kind of, utopian beings, if you will.  That’s always cool.

Lena: How was it working on a big budget film compared to a smaller film?

Shawn Carter Peterson:  They each have their own pros and cons.  I enjoyed the big budget film because they had better food.  [Laughing.]

Lena:  Everyone says that.  They always talk about the amount of bacon on the set.

Shawn Carter Peterson:  Yeah, right!  The other cool thing about doing a big budget film is that they build these fantastical sets.  When you are doing something like The Host, they built the actual caves that the humans are living in.  It was pretty wild.  There were underground fields and raging rivers that they actually created with running water and we got to play in that.  You feel like a big kid playing a movie star, playing Star Wars.

Lena:  Does the film stay true to the book?

Shawn Carter Peterson:  There are a lot of similarities but they do take a little bit of a cinematic license.  I would say it’s 75-80 percent the same.

Lena:  Can you talk about working with Andrew Niccol?  He directed one of my favorite films, Lord of War.

Shawn Carter Peterson:  He’s a quiet director.  He wasn’t difficult to work with at all.  If you had a question or a concern or you had something that you wanted to ad, he was definitely willing to hear you out.  He would throw you some lines here and there if things weren’t working or if he wanted to ad a little to it.  He was fun to work with.

Lena:  What are some of your favorite films about aliens?

Shawn Carter Peterson:  I like the Aliens series.  Close Encounters is one of those classics that I remember from when I was a kid and I was in awe of the whole sci-fi thing.  This is kind of cool to be in something that is a science fiction film.   And of course I like the Star Wars series. 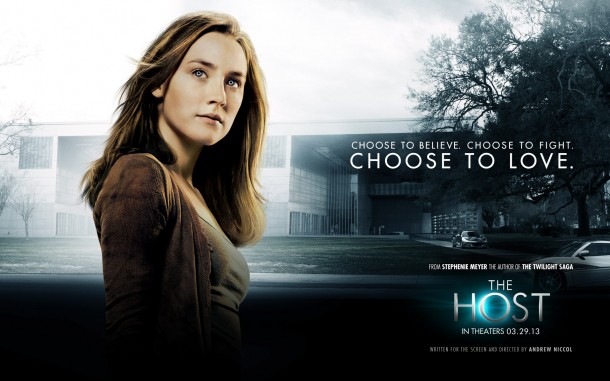 Lena:  How would you compare The Host to other alien films like Invasion of the Body Snatchers?

Shawn Carter Peterson:  This one is a little more, there is a huge love story going on there, so even though you are dealing with “aliens” there is a major human aspect of it.  You get to see that the aliens are not so alien after all, which is nice.  You get to humanize the foreigner, if you will, and it’s different than the other ones.  It’s not a scary kind of alien.

Lena:  Speaking of aliens, what are you thoughts on aliens?

Lena:  I definitely agree.  How could people think that we are the only ones?

Lena:  What was it like working with the cast of the film?  Did you get to film some scenes with Diane Kruger?

Shawn Carter Peterson:  I did.  I was really excited about that.  The cast was like a big family.  When you’re on location you kind of get closer because you are stuck with each other for a couple of weeks.  Frances Fisher was really cool to work with. Frances and Jake Abel, who plays Ian, and Boyd Holbrook, who plays Kyle, we would all just go out.  There was no stress or strife on my part with anyone else on set.

Lena:  Do you have any exciting stories from the set?

Shawn Carter Peterson:  We were shooting the underground river rescue scene where Boyd Holbrook, who plays Kyle, was getting rescued by myself and Abel with Saoirse Ronan and during the scene he’s getting rescued because he’s fallen into the river and Saoirse’s character is trying to keep him from drowning.  We run in and save the day.  There was a little stunt action going on with that because Boyd ended up getting scratched in the face by accident and that was not a good look.  Everyone was wondering who did it and it ended up being me, so I felt really bad.  He was a good sport.  He thought of it as a war scar, so no worries, and it healed up really quickly.  I felt really bad. By the time we finished filming that scene we all got to jump into the water and play in the water for a while.

Lena:  That’s great that you got to do your own stunts.

Shawn Carter Peterson:  Yes, I did my own stunt.  I had on kneepads and all that other stuff, but I got to get down and dirty.

Lena:  I have to ask about The Baytown Outlaws.

Shawn Carter Peterson:  I had a scene with Billy Bob Thornton, which was pretty awesome because I didn’t know it was going to be with him until the day before.  I actually auditioned for a couple of characters.  They asked me to audition for one character and I wanted to step outside of my comfort zone and put an audition on for one of the leads.  The story itself is about some kind of country rednecks pretty much, and they are going to be white guys and I’m not white. The character I was auditioning for was a cousin of the two brothers and I thought every redneck has a half-black cousin somewhere out there, so I did the whole scene with the Southern accent and I had on the Confederate flag, the whole thing, I just put my spin on it.  I sent the tape in and they loved it and thought it was hilarious, but they didn’t want to go that way.  They asked me to audition for another character because they liked me so much.  I got the job of playing the used jet salesman, but they ended up changing it to a car salesman because I think it was an indie film so they really couldn’t rent a jet.  They did have two really great classic cars.  When I got to the set everybody knew who I was, they were like you’re the guy who sent in that tape.  It was great.  The director, Barry Battles, said that I was hilarious and that they just wanted to work with me.  I got to do the scene and it was a little intimidating at first, but Billy Bob Thornton was cool.  We did the scene and it looked great.  I haven’t seen the film yet but I did hear that the scene itself got cut.  I was a little bummed out.  It might end up being on the DVD extra.  I do have a couple of pictures.  [Laughing.]  Barry was really cool and apologized.  He was one of those directors that just let you play.

Lena:  I know that you have a production company, so do you have anything new in the works?

Lena:  Do you still play the piano?

Shawn Carter Peterson:  I do still play.   I bought a baby grand and I’m trying to work with another pianist friend of mine.