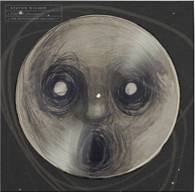 (Los Angeles, CA), April 15, 2013 – One of the most celebrated artists of the past decade, progressive rock torchbearer Steven Wilson, has included a string of in-store appearances to coincide with his sold-out North American tour, launching Tuesday, April 16 at The State Theater in Tampa, Florida. The appearances (listed below) will include a limited edition Record Store Day exclusive 12” Picture Disc, featuring the demo versions of two tracks from his most recent release, The Raven That Refused To Sing (And Other Stories) (Kscope). These demo versions have never been available on vinyl and will be pressed on a heavyweight (180g) picture disc. This release will be strictly limited and will feature the following tracks:

For this leg of the North America tour, Jazz fusion and rock drummer Chad Wackerman will be filling the drum seat of Marco Minnemann. Fans and critics are invited to arrive early as there is no support act but before the set there is a visual and musical element that you are invited to experience to set the tone for the evening. Full routing listed below. The following link is a glimpse into rehearsal for the tour: http://vimeo.com/61359395

The following is a link to the stunning video for “The Raven That Refused To Sing”:

Best known as founder and front man of British rock act Porcupine Tree, four-time Grammy nominee Steven Wilson has produced and collaborated with artists as diverse as Opeth, Blackfield, Jethro Tull, and King Crimson. Porcupine Tree’s last studio album went top 30 in both the UK and USA, and the tour climaxed with sold out shows at Royal Albert Hall in London and Radio City Music Hall in New York. Following the release of his solo effort Grace For Drowning, Steven embarked on his first ever solo tour, assembling a virtuoso band, featuring Marco Minnemann (drums), Nick Beggs (bass), Theo Travis (flute and sax), Adam Holzman (keys) and Niko Tsonev (guitars), to accompany him. With the addition of Guthrie Govan (guitar) and legendary producer / engineer Alan Parsons, Wilson emerges as the modern torch-bearer of his influences and illuminates a path to music’s heralded past.