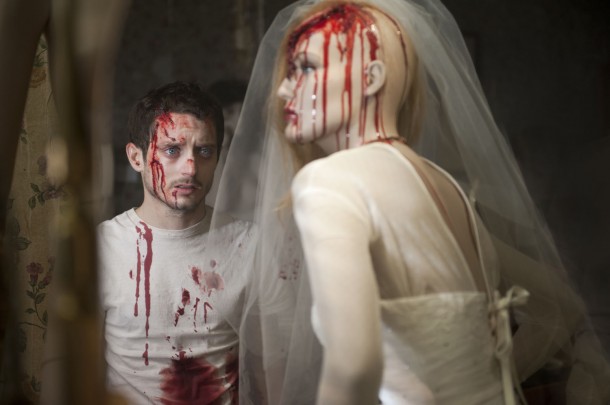 If you were thinking about enjoying a relaxing night out on the town, or a delightful bubble bath, just remember that Frank (Elijah Wood) is everywhere.  He sees you and knows exactly where you live.  Maniac is one of those films that will have you questioning your every move.  How much do you really know about that person that you are chatting with?  One thing that is made perfectly clear is that you should never trust a man in a turtleneck.  Maniac is a re-boot of the classic film, of the same name, by William Lustig.  This re-boot was directed by Frank Khalfoun and was co-written and produced by Alexandre Aja. Elijah Wood really goes for it in his role as Frank and knows exactly how to make you crawl out of your skin; the man has creepy perfected.  You have to respect that.  I really enjoyed the film.  IFC Midnight is releasing Maniac theatrically at the IFC Center and on VOD on June 21.

Maniac is not a film for everyone, but if you are into blood, gore, mannequins, and sadistic love stories, you have hit the jackpot.  If you are squeamish, do not even think about watching it because there is this one scene…hell, you’re not going to like a single scene so run away before Frank finds you.  There is even a nod to Silence of the Lambs in one of the scenes. 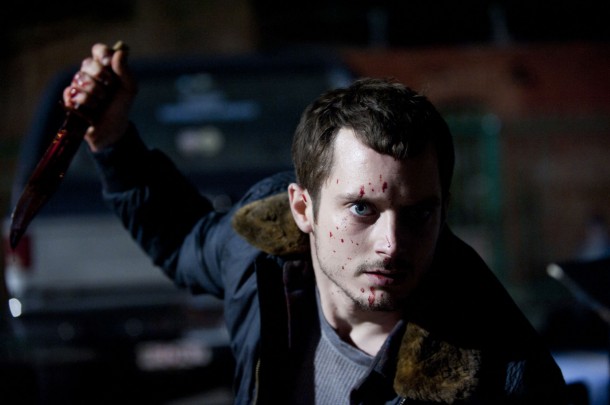 The viewpoint of the film is through Frank’s eyes.  Most of the time you see things as he does.  That had to be a different experience for all of the actors involved.  I’m pretty sure Elijah had a set of stunt arms for a few of the scenes.  That filming style takes a bit of getting used to, but their incorporation of reflective surfaces gives the film a unique appeal.  You get to see Franks’ view of the world and the people around him.  He thinks that he can make it all better, but obviously you can’t repair those wounds with plaster and a staple gun.

Frank gets a special surprise when a woman walks by his mannequin shop and asks him for a favor.  Frank restores mannequins and the beautiful Anna (Nora Arnezeder) could really use them in her exhibit.  Frank agrees and he attends her show where he runs into her boyfriend Jason, played by the talented Sammi Rotibi from Django Unchained and Lord of War.  Jason shows his true colors and gives Frank a taste of more than just his disturbing bathroom etiquette.  Seriously, does anyone use soap in this film? 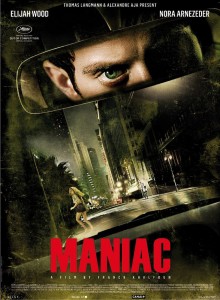 Frank is always on the prowl trying to fill the ever-growing emptiness inside of him.  His issues are deep and he believes that he can get back what he never had. He savagely murders and scalps women to fill the void and to have something that will last forever.

Maniac gets right to the point and there really isn’t any wasted space. It also has one of the best soundtracks that I’ve heard in a long time, composed by Rob (Robin Coudert of the band Phoenix).

I can’t stress how fantastic Elijah is in this film.  He should get an award for the ending alone.  If you are into slasher films and are ready for some nudity, very strange at times, Maniac is definitely worth checking out.