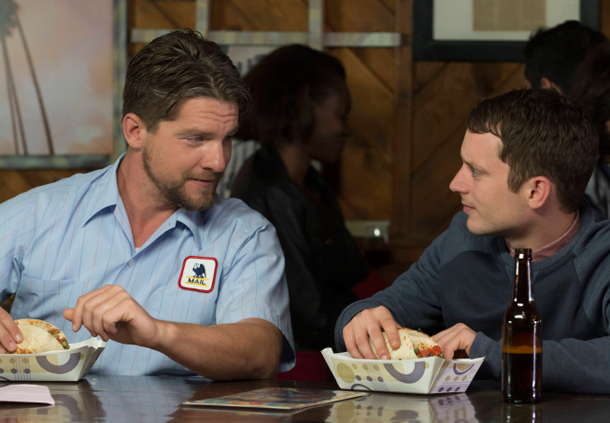 Are you ready for a double dose of Wilfred tonight?  FX is starting the season off right with an extended feature of one of the most bizarre (one of my favorite words spoken with an Australian accent) comedies on television.  In the first episode, “Uncertainty” – “Ryan (Elijah Wood) and Wilfred (Jason Gann) search for Wilfred’s original owner.”  In the second episode, “Comfort” – “Ryan befriends Wilfred’s enemy – the mailman.”

In the season finale, Ryan discovered Wilfred in a childhood drawing.  Ryan is confused and scared that he is “in a plane with no pilot.”  In “Uncertainty” Ryan grapples with existence and all of the complexities regarding his life.  He finally believes that he has it all figured out.  What is the one thing that makes total sense and would explain everything?  Wilfred has his own ideas that he decides to chase down with a special treat.  While working things out, Wilfred and Ryan discover something about Wilfred’s past.  Jenna (Fiona Gubelman) is not his original owner. Obviously, they have to take a road trip to explore Wilfred’s past.  When it comes to car etiquette, Wilfred is one hundred percent canine.  Wilfred’s self-loving attitude is hilarious.

While they are exploring they walk into a “stinky” situation.  Why do dogs insist on eating rope or other stringy matter?  It is unpleasant for both parties involved.  After a demeaning fight, Wilfred takes matters into his own paws. 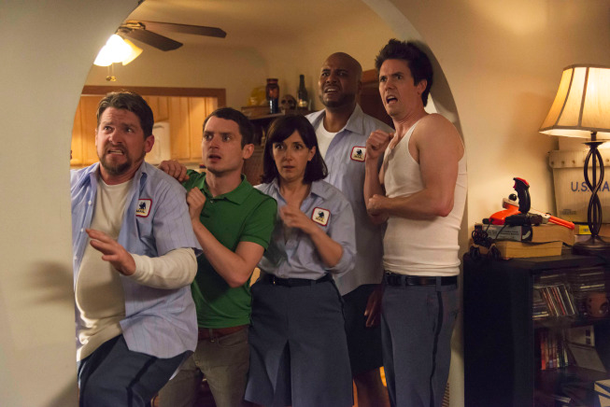 In “Comfort” Jenna shares her honeymoon photos with Ryan and offers him her ear.  Wilfred doesn’t want Drew (Chris Klein) to feel left out, so he offers up his own photo album for his viewing pleasure.  When are they going to have an intervention for Drew?  Wilfred, in typical dog fashion, loses himself in the moment.  Fear can be very messy.

What do dogs think happens to you when you leave?  Wilfred sheds some light on that and that would certainly explain why they are so damn happy when you return home.  It all makes sense now. 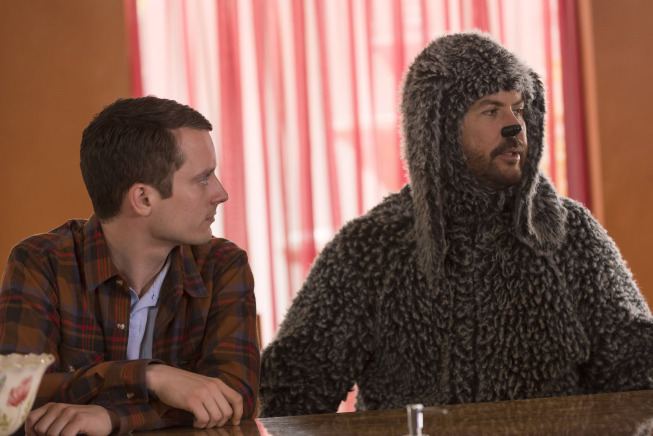 When Bill the mailman (Zachary Knighton), a.k.a. Wilfred’s nemesis, asks a favor of Ryan all hell breaks loose.  Wilfred is not happy and doesn’t think it’s fair that the mailman doesn’t have to abide by the house rules.  While Ryan is out with Bill, Wilfred is “saved.”  Wilfred then goes out of his way to make things right.  He tries to cover and conceal all of the dirtiness around him.  You know that just means that things will be taken to the extreme.  This is by far one of my favorite Wilfred episodes.  If you think you know how far Wilfred will take it, you have no idea.  This episode is one of the reasons why I enjoy this show; they are not afraid to push buttons.  If you are looking for a safe show, Wilfred is not for you.  You will also never look at your mailman the same way after tonight’s episode. One of the highlights of the episode is that you get to hear Wilfred sing.  He has a lovely singing voice.  Tonight, Jenna offers Ryan some words of wisdom, and reveals a bit about her past.  On a side note, I love her shoes in the beginning of the episode.