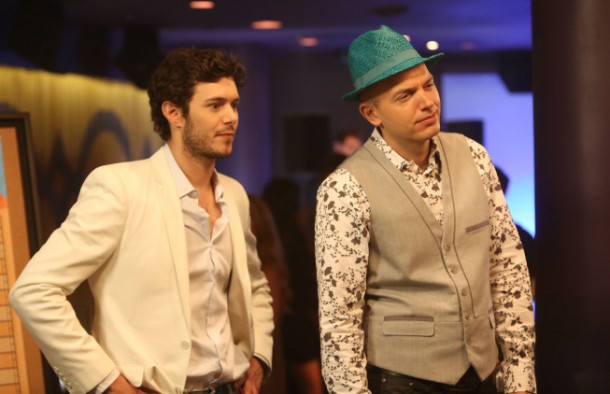 The League returns tonight and it comes bearing guest star gifts.  The hilarious and handsome Adam Brody joins the gang and his character has some news to share.  I loved Adam as the “Dildo King” in House of Lies this season, and I’m not afraid to admit that I enjoyed him in Jennifer’s Body.  Okay, perhaps I should be a bit ashamed of that but he was hilarious as the front man of Low Shoulder.  Nikolai’s van really was enticing and seemed like a much “safer” place.  JJ Watt also guest stars, but I’m going to have to go with Rafi’s (Jason Mantzoukas) reaction on that one.  The new season of The League is premiering on FXX, a new channel that was formerly a FOX Soccer channel – at least that’s the case with my provider.  Make sure you search for the show and not just the channel because on some networks the channel guide hasn’t changed but the shows are there.  You are not going to want to miss the season premieres of It’s Always Sunny in Philadelphia and The League tonight on FXX beginning at 10 EST.

Tonight’s episode, aptly titled “The Bachelor Draft,” takes us on a journey, Andre (Paul Scheer) and Trixie’s (Jayma Mays) “Old Hollywood” journey that is filled with romance, good friends, hard decisions, a SECRET draft, and Ruxin (Nick Kroll).  Andre and Trixie let their creative juices fly and really create a memorable experience. One of their cake ideas needs to happen in the real world because those two things have to come together stat.  I like how Jeff and Jackie Schaffer think.

Will Ruxin suck it up and take his Sacko punishments like a man or will he be the bitchy man baby that he has always been?

When their friend shares some news, you can always count on Ruxin to laugh inappropriately in the face of dismay.  Taco (Jon Lajoie) is confused about the subject matter at hand.  Rafi is really the only one that offers up a solution. 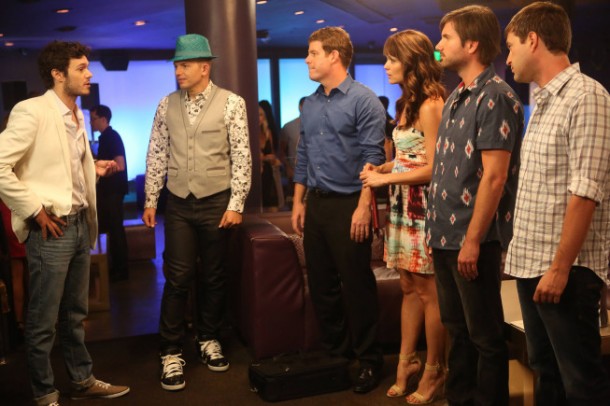 The best line in the episode is of course, “Rafi’s here!”  Rafi makes everything better. He has a plethora of knowledge pertaining to pretty much anything and everything.  Rafi knows exactly how to fix what ails you.  If you are hungry he will feed you.  If you are hurt he will heal you.  If you are lonely, he is most certainly the man lurking in the corner watching you.  Just ask him to come out and your problem is solved.  How could you not love Rafi?

Jenny (Katie Aselton) speaks up too soon and gets in over her head. Will Jenny make it out alive?  She’s smarter than all of the men combined, so I’m sure she will think of something.

One thing that I love about The League is that they just go for it.  No subject if off limits and they can honestly work anything into a storyline.  I’m curious to see if FXX will allow them to go even further.  I also have to stress that you don’t need to even care about football to enjoy the show.  It’s great to have The League back on.  I adore those feisty characters and perhaps, for his sake, one day Taco will be able to resist the allure of a suit.

In tonight’s episode:  a league with a disturbingly terrifying draft process is born (I hope to hell we never have to see that.), some old favorites return, Andre and Trixie’s destination wedding, and Adam Brody and JJ Watt guest star.  Next week’s episode is “The Von Nowzick Wedding” so get ready for that one.  Don’t miss the season five premiere of The League tonight at 10:30 EST on FXX.