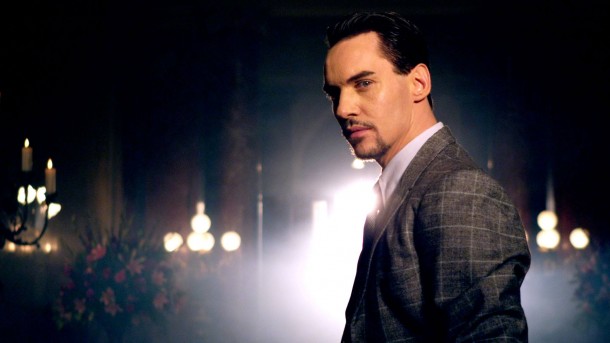 Dracula, it has been far too long but tonight you will be reborn and take on legendary form.  Jonathan Rhys Meyers stars as Dracula in tonight’s series premiere of Dracula on NBC.  Finally, Jonathan is back on television.  His performance as King Henry VIII in The Tudors was remarkable. They could not have cast a better Dracula. Jonathan does a phenomenal job portraying every aspect of the character. You will not be able to take your eyes off of him.  The visual elements of the show are all on target.  They paid attention to every single detail.  The costumes will take your breath away.  It’s a visually beautiful series from the first scene to the last.

Famish, death, blood, and greed begets new “life.”  And so it begins… 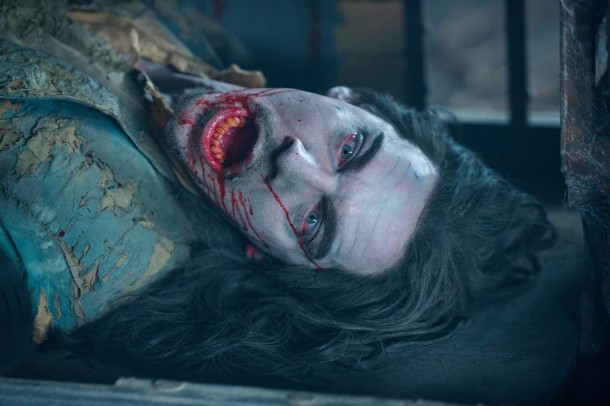 They did a brilliant job with the opening sequence.  The effects are stunning and the way that they tie everything together is flawless. The show takes place in the late 19th century. Dracula is posing as Alexander Grayson, an American entrepreneur.   He apparently has the three top American bases covered, so he’s ready to move ahead with his plan.  He starts out by throwing a party at his manor.  His guests are curious, but he doesn’t keep them waiting long.  One guest in particular, Mina Murray (Jessica De Gouw), catches his eye.  His glare is not dismissed.

Grayson has a surprise for everyone.  If you are a Top Gear fan you are not going to be able to watch this scene without thinking about Jeremy Clarkson yelling “POWER!”  Grayson is thinking about the future and the beginning of a new era.  That, of course, does not come without controversy.   Grayson also has another agenda.

Grayson takes an interest in Jonathan Harker, a local journalist played by Oliver Jackson-Cohen.  Harker is also romantically involved with Mina.  Harker’s notes paint a very vivid picture of his subject.  Oliver and Jonathan are the ones to watch in this series.  I love the way that they work off of each other.  Their scenes together are my favorite.  If you like Oliver, check out Faster.  Even with a double stepping in for the yoga scene, Oliver was fantastic in it. 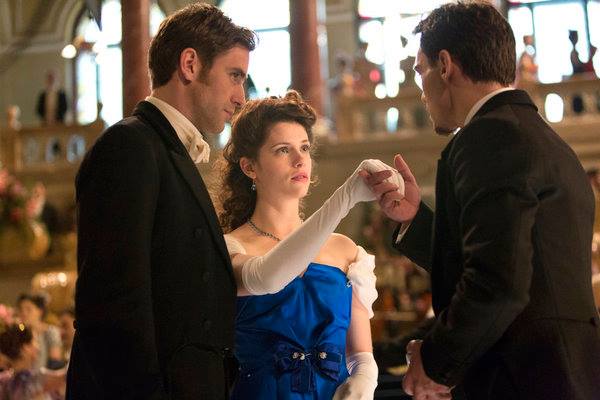 Grayson finds out the hard way that while the sun may burn his flesh, words will incinerate his very existence.  If he’s not careful, his discretions will lead to his downfall.

The premiere sets the series up nicely.  It has a very intriguing twist that I am certainly not going to spoil.  It’s definitely worth watching.  I really enjoyed it. I can’t say that it had the same impact that Hannibal had on me, but I think it will develop into a much stronger series.  I can’t wait to see how Dracula progresses.  Hopefully, NBC gives it a chance and doesn’t give it the Parks and Recreation treatment.  I was enjoying all-new episodes of Parks and Recreation this season and then poof they vanished.  Let’s all do our part and help keep actual television shows on television.

Watch the premiere of Grimm at 9/8c and the series premiere of Dracula at 10/9c tonight on NBC.