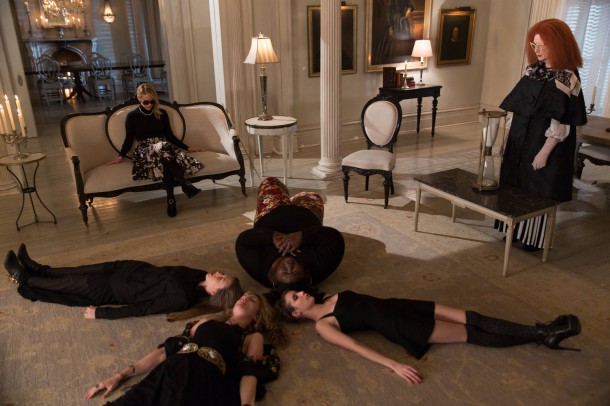 Are you ready to meet the new Supreme?  Tonight’s the night that we have all been waiting for, as bittersweet as it is.  The final chapter of American Horror Story: Coven is upon us.  What a glorious season of witches and obscene mayhem that would even make Tig blush.  “The Seven Wonders” – A new Supreme rises.  Tonight’s episode is an extended episode and will run from 10-11:11.

Last week, the Axeman (Danny Huston) was not happy with the tune that Fiona (Jessica Lange) was singing and she suffered the consequences.  Did you see that coming?  He certainly got what was coming to him, but is that how you imagined it would end for Fiona?

You will be enchanted by the opening sequence.  It will politely lull you in and then the true beauty of the episode will begin.  “Good luck, girls.”  Misty (Lily Rabe), Madison (Emma Roberts), Queenie (Gabourey Sidibe), and Zoe (Taissa Farmiga) will all get the chance to prove themselves.  Who do you think the next Supreme will be?  If you have been paying attention at all, you already know the answer. 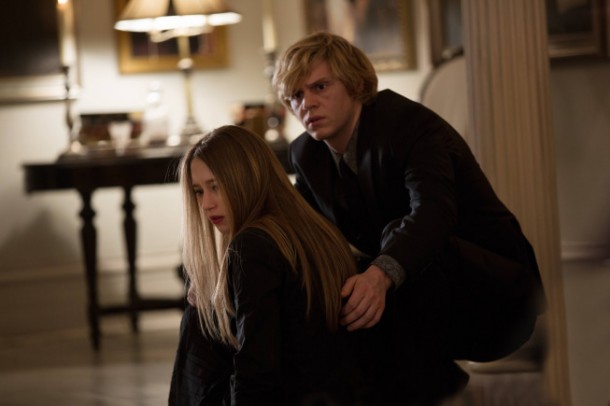 I’ve never been a fan of Madison, but she has a pretty classic remark in this episode.  Oh, the horror.  I’m with her on that one.  The writers of this show know exactly what works.

Cordelia (Sarah Paulson) and Myrtle (Frances Conroy) will make you appreciate what this series is all about.  Myrtle always stands by what is right and wants to protect the Coven at all costs.  You have to respect her for that. 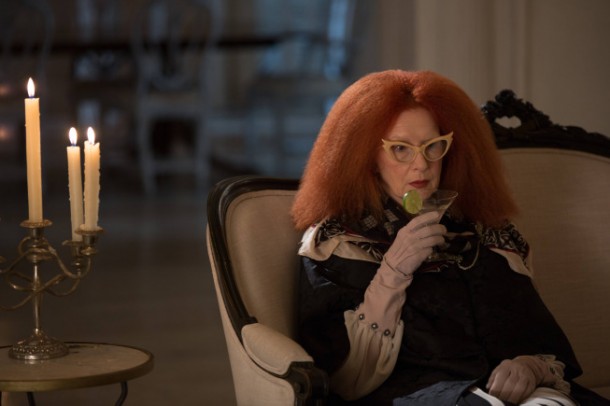 Evan Peters shines tonight as Kyle.  That’s really my only complaint this season, not enough of Peters. We were so spoiled with his dominance in the first couple of seasons that I expected more of the same.  I hope he comes back next season.

Spalding (Denis O’Hare) wins as the creepiest character that you just can’t help but love.  A toast goes out to this Benadryl pushing, tea partying, big baby doll of a flirt.  Denis has to come back next season.  He’s going to be guest starring on Rake.

Tonight’s finale wraps the season up pretty perfectly.  It’s hard to let go of such a phenomenal season that celebrates some of the most beautifully crafted characters.  All of the actors did an exceptional job.  Kathy Bates, Jessica Lange, and Angela Bassett working together – need I say more? Also, I loved the little throwback to last season. 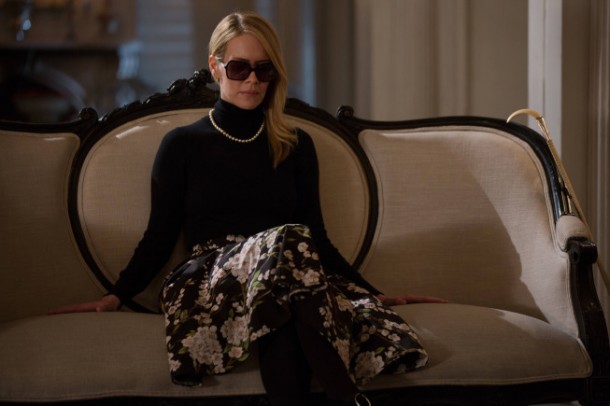 You are not going to want to miss tonight’s finale chapter of American Horror Story: Coven.  There are a few surprises and some delightful gifts of banter.  Enjoy The End because we are merely months away from a new beginning.

American Horror Story: Coven airs Wednesday nights at 10 on FX.  Tonight’s episode is extended and will run from 10-11:11.