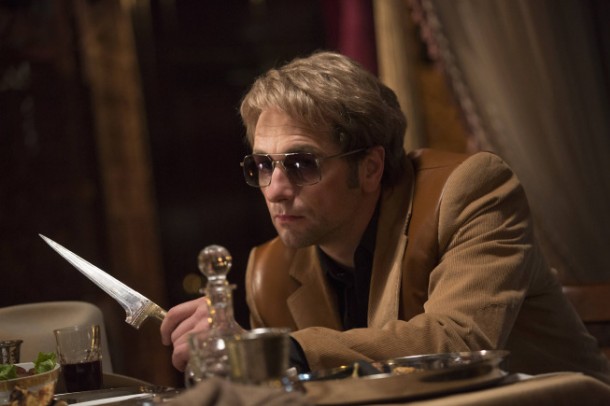 Get your box of disguises ready because The Americans will be on your television tonight. If you enjoyed the first season of this period drama then get ready to delve deeper. Matthew Rhys and Keri Russell reprise their roles as Philip and Elizabeth Jennings. The premiere doesn’t just politely remind you why you fell in love with the show – it SCREAMS this is it – this is why you are here. What a thrilling show. “Comrades” – Elizabeth comes back from her injury and straight into what should have been a routine mission – but it goes awry, leaving her and Philip in fear not only for themselves but for their whole network… and family, Paige’s suspicions have only grown in her mother’s absence. Meanwhile, Stan continues to fall for the Russian agent who has started to play him…

One of the most touching scenes in the finale was when Elizabeth asked Philip to come home. It was a beautiful moment. You also have to love a show that knows exactly how to work music into a scene. They closed out the show with “Games Without Frontiers” by Peter Gabriel. How perfect was that?

The stakes are so much higher this season. Elizabeth and Philip are going have to face their fears and hope that they are making the right decisions. I wouldn’t want to be in their shoes.

Paige’s (Molly Taylor) curiosity makes things a bit uncomfortable. Remember when you were a teenager? This is going to be a very interesting season.

Stan (Noah Emmerich) is not a firm believer in letting sleeping dogs lie. Stan senses that something just isn’t right. Stan and Breaking Bad’s Hank Schrader (Dean Norris) would have so much to talk about. Their guts could duke it out for hours. Stan is so close but so far away. If he finds out, now that will be the ultimate Polaroid moment. Stan tries to do something nice but is reminded that he has no idea what he has gotten himself into. Oh, Stan! You win some and you lose some. Maybe he’ll come to his senses and think about what his life with Sandra (Susan Misner) means. Relationships are never easy. 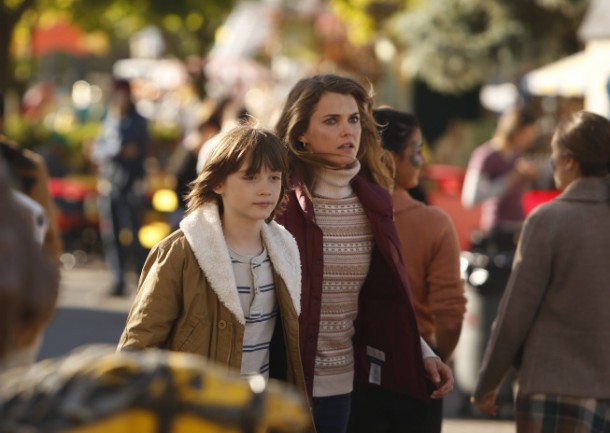 Do you think Nina (Annet Mahendru) has what it takes to be a double agent? She is definitely the best-dressed character on the show, but I can see her breaking under pressure. She has so much to prove and so much to lose that it’s almost set up for her to fail. Do you think Stan is going to start questioning her motives? Nina does offer up some pretty interesting insults to add to your insult file, in the back of your mind.

Martha (Alison Wright) and Clark, now those two I can stand behind. Clark is going to break her heart. How uncomfortable was that wedding last season? You have to figure that Martha is going to catch on at some point.

The season premiere hits all the right notes. It’s full of action, suspense, intrigue, and enough uncomfortable moments to fill an arena. You know a series is amazing when you feel like you’ve just started the episode and it’s already over. Next week can’t come soon enough. Do not miss tonight’s season premiere of The Americans.

The Americans airs Wednesday nights at 10 on FX.