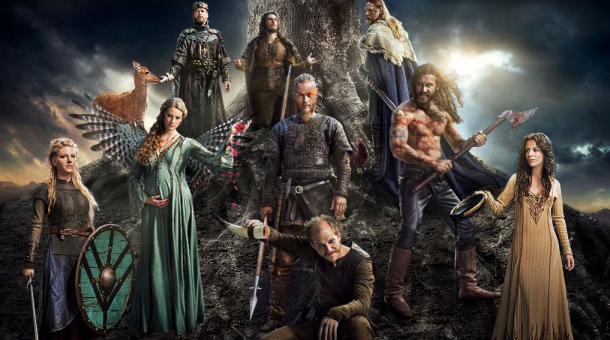 What happens when you pit brother against brother? You will find out on the season two premiere of Vikings, which airs tonight at 10/9c on History. The premiere doesn’t waste any time with sweet talk – things get hairy rather quickly. When you welcome Vikings into your home prepare to go on a dark, unprecedented journey. “Brother’s War” – Ragnar and King Horik’s forces begin their fight against Jarl Borg, who is joined by Rollo; Princess Aslaug makes her way to Kattegat with a surprise that will change everything.

Ragnar (Travis Fimmel) doesn’t want to believe that Rollo (Clive Standen) will betray him, but Floki (Gustaf Skarsgård) has other ideas. Speaking of Floki, does he make it out alive? That has been on everyone’s mind since that first preview clip was released at Comic-Con. Not Floki! Would they dare kill off Floki? You’ll have to watch the premiere tonight to find out. 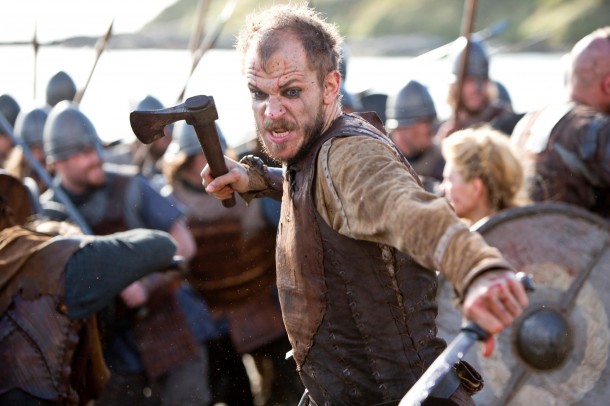 Ragnar puts out a request that is answered in virulent fashion. As the two sides clash, you know that there can be no true winners. Expect to see blood, a lot of blood this season. There isn’t a frivolous moment in the entire premiere. They use every breath wisely.

King Horik (Donal Logue) and Ragnar have a lot in common, but it’s their differences that make them formidable peers. I love the interactions between Ragnar and King Horik. Donal and Travis are two of my favorite actors, so seeing them together, in a Michael Hirst series no less, is a dream come true. Thank you, Vikings casting team.

Ragnar makes a comment that everyone on social media should take note of. He’s more than correct. You have to at least respect him for his honesty. There is a scene in tonight’s episode that will melt your heart. Travis’ performance will take your breath away. The depth that he brings to the role is unmistakable. 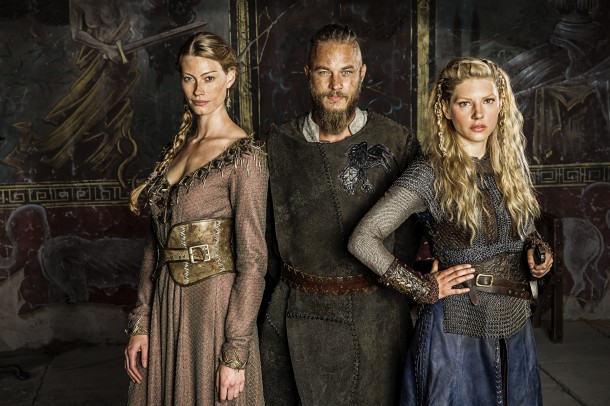 Princess Aslaug (Alyssa Sutherland) shows up unexpectedly and she’s not alone. Ragnar’s face is priceless. Thank goodness he has a baby goat buffer at the dinner table. I’ll give it to Ragnar – at least he throws it all out there because the answer is always no if you don’t ask. That baby goat is a scene-stealer. I also love the nervous facial hair fondling. Lagertha (Katheryn Winnick) shouldn’t be surprised by Ragnar’s actions but that doesn’t mean that she has to be civil about it. Is it Maury Povich time?

Tonight, shadows will be cast and a person’s fate will be decided when they behave in an “interesting and unexpected way.” It’s nice to know that no one is above the law. Keep that in mind as the series progresses.

So many decisions must be made – painful and treacherous decisions. I wouldn’t want to be in any of these character’s shoes. Tonight opens the door to a season that is sure to be phenomenal. I loved tonight’s episode and it only gets better. Do not miss the season two premiere of Vikings tonight on History.