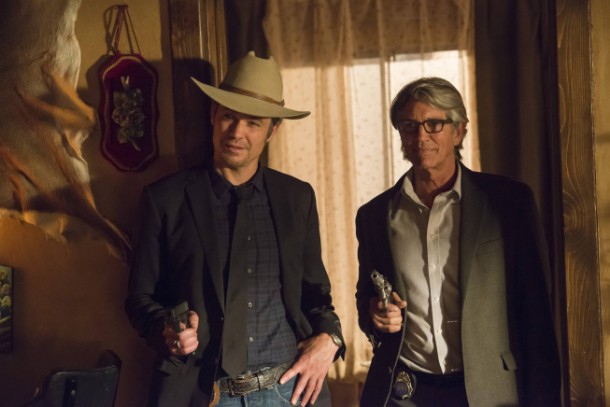 Tonight on Justified, Shakespeare happens. This season has been one of the best and tonight’s episode follows along that path. The incredible Eric Roberts (Bullet in the Face) guest stars. “Wrong Road” –- Raylan partners with a maverick DEA agent (Eric Roberts) whose bad behavior feels uncomfortably familiar, while Boyd makes a hard choice to protect Ava.

Conflict erupts tonight when Raylan (Timothy Olyphant) gets paired up with unconventional Agent Miller (Eric Roberts). Miller knows exactly what buttons to push to get what he wants. He also has a pretty good read on Raylan. I guess it takes one to know one. I don’t know what it is about this season but I would like Top Gear’s Jeremy Clarkson to introduce all the characters like he does The Stig – “Some say…” How awesome would that be? 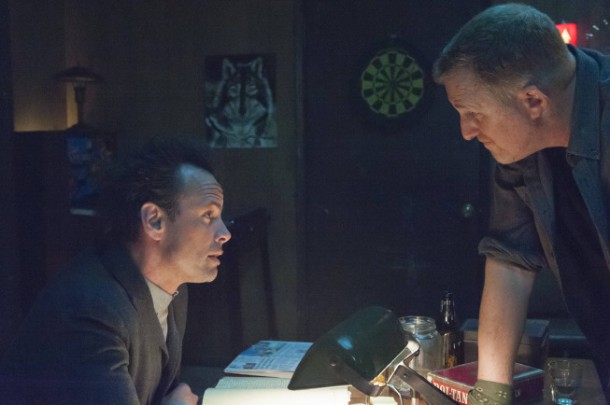 Poor Dewey Crowe (Damon Herriman), he’s a lost soul that never seems to catch a break. Will someone just give him a hug already? Danny Crowe (AJ Buckley) needs to take a step back and reevaluate himself before he passes judgment because really, do I really have to go there? About those pants, Danny… Those Crowes are amusing.

With everything going on around him, at least Darryl Crowe Jr. (Michael Rapaport) is maintaining a positive outlook. Don’t you really want to know what’s going on in his head? What does he really want besides the obvious? “Full disclosure and shit” isn’t pretty. The way he says “okay” tonight will make you smile. Oh, Darryl.

This has been a very difficult and different season for Ava Crowder (Joelle Carter). We are used to seeing this strong and passionate woman take charge and not be in shackles. She has been put in a tight spot and Boyd’s (Walton Goggins) assistance has come with a price. Tonight, Boyd must make a difficult decision. How much does her safety mean to him? What is or isn’t on Boyd’s Bucket List will be explored tonight. 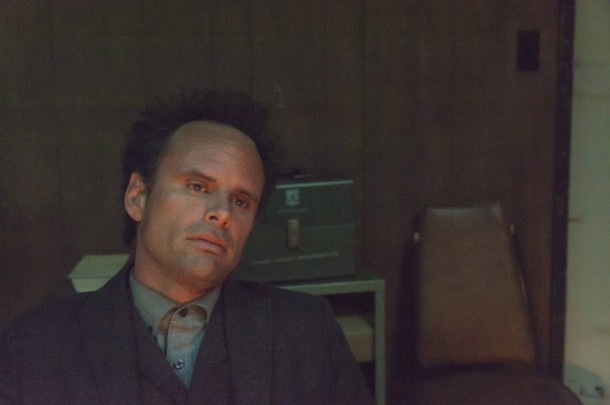 Wynn Duffy (Jere Burns) has unreasonably high standards when it comes to hot beverages. What the hell does he do on Sundays is what I want to know?

Raylan’s trip reunites him with some old pals. Raylan has too many friends to count, but one of them may be “Frasier.” The jury is still out on that one but things always seem to come together just as they unravel. 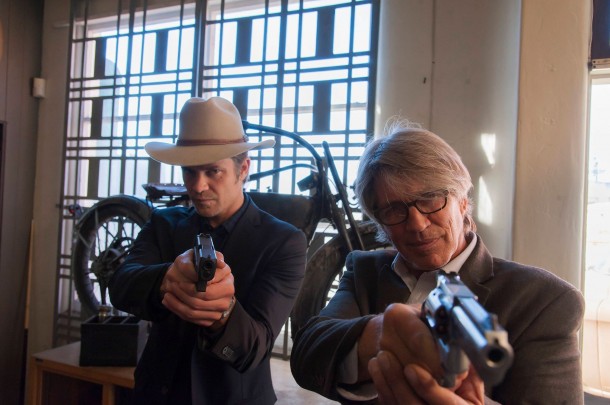 Will Raylan ever take THAT vacation? Do you think he’s ever going to see his baby? Where is Rachel (Erica Tazel) when you need her?