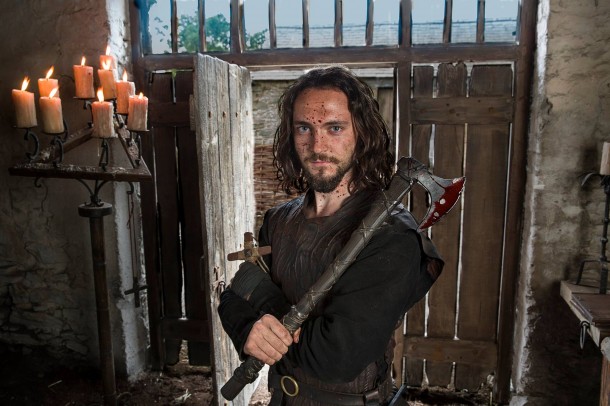 Tonight’s episode of Vikings is a masterpiece. If you haven’t fallen in love with Athelstan already, just wait until tonight. George Blagden’s phenomenal performance will literally take your breath away. It’s one of those performances that will inspire people for years to come. Don’t even think about missing Vikings tonight at 10/9c on History.

In last week’s episode, it was made clear that allowing Rollo (Clive Standen) to live and making him stay behind was a very wise decision. He did what he had to do. How about that closing scene with Jarl Borg (Thorbjørn Harr)? What is he up to this week? Jarl Borg has been a very busy man. He has a few ideas about how things should be. He visits The Seer (John Kavanagh) and finds out about his destiny. I hope John never gets involved in the prank war that goes on behind-the-scenes because he could certainly put something rather peculiar on his hand prior to the licking. 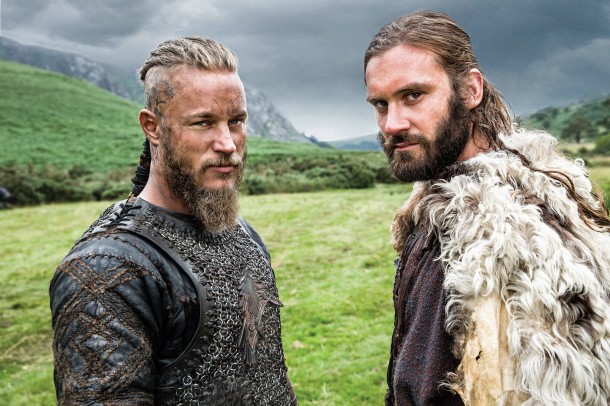 Aslaug (Alyssa Sutherland) is not very impressed with the imposed living conditions, but Siggy (Jessalyn Gilsig) tries to keep her focused. I’m so happy Siggy is still around. She’s resilient and you have to respect her for that. “Life is not a walk across an open field.”

Ragnar (Travis Fimmel) has a rather interesting meeting with King Ecbert (Linus Roache). I can get behind SOME of Ecbert’s decisions. Travis can tell a story with his eyes alone. Tyra Banks would be so proud of him. Forgive me, Travis for that Banks reference. I just had to point out that innate quality that he possesses. It’s a beautiful thing. 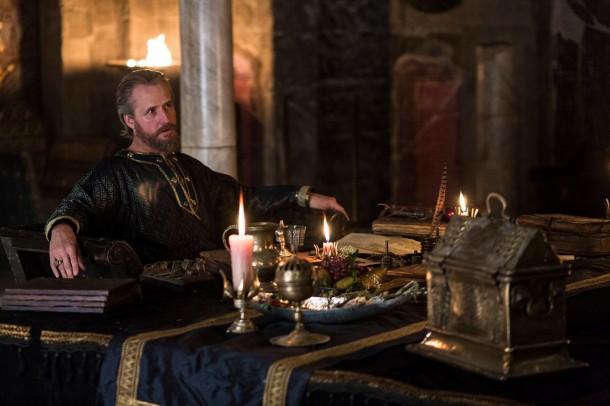 King Horik (Donal Logue) always makes things interesting. Horik would definitely be one of The Crowes if he were to enter Justified land. He enjoys putting people in precarious positions. He’s the King of taking things to the next level.

Athelstan has changed so much since the first time we met him. He has grown in so many ways, but will he ever be able to leave his past in the past? Seeing him fight for and with his “friends” has been enlightening. Remember that leash? It was beautiful when that was relinquished last season. Floki (Gustaf Skarsgård) enjoys giving him a hard time. Do you think Floki will ever respect him? Athelstan has to make a decision tonight. 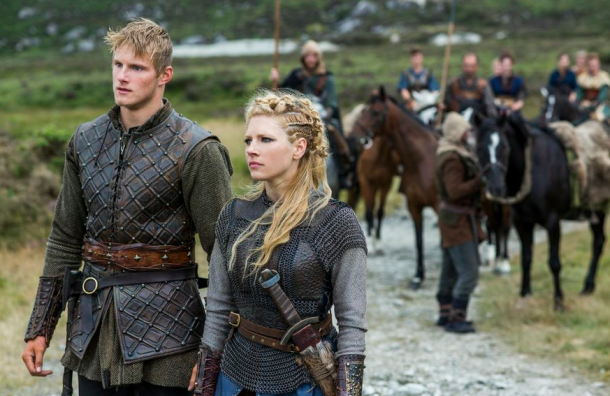 This episode is epic, and I hate that the word epic is thrown around so nonchalantly. When I say it, I mean it. I didn’t have an epic sandwich today, and neither did you, but you WILL watch an epic episode of Vikings tonight. I can guarantee that.