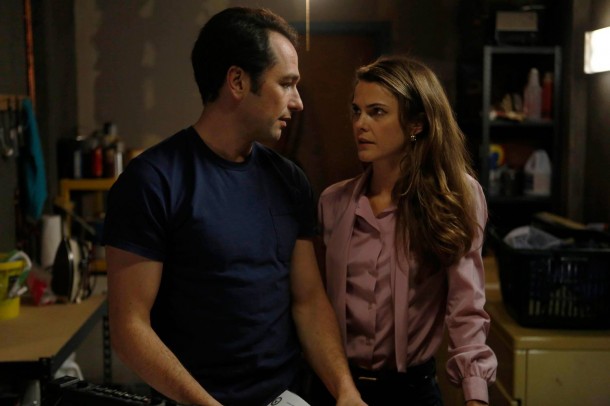 Check out what’s coming up next on THE AMERICANS, which airs tonight at 10:00 PM ET/PT only on FX.

“Arpanet” – Philip uses his agent to help him gain access to an early precursor to the Internet in order to bug American government communications. Nina faces the threat of a potential FBI polygraph exam, bringing her closer to Oleg.

Inside the Secrets: Wardrobe – Hot pants and banana clips? Not exactly. The Americans wardrobe team takes you Inside The Secrets of dressing a 1980’s period drama.