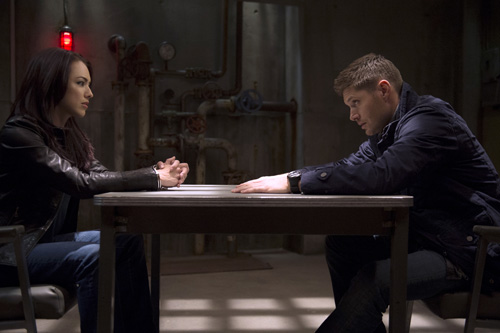 Tessa the reaper (Lindsey McKeon) returns. Don’t miss tonight’s episode of Supernatural at 9 on The CW.

“Stairway to Heaven” —  TESSA THE REAPER RETURNS — After a massive attack on the angels, Castiel (Misha Collins) calls Sam (Jared Padalecki) and Dean (Jensen Ackles) for help.  As they leave, Dean’s eagerness to bring the First Blade doesn’t go unnoticed by Sam who is worried about the cost to his brother whenever he uses the Blade.  Meanwhile, Castiel is shocked when he learns the angel that caused the attack was one of his followers and did it in his name.  Dean discovers there is a conspiracy amongst Castiel’s angel followers and at the heart of it is Tessa, the Reaper.  Guy Bee directed the episode written by Andrew Dabb (#922). 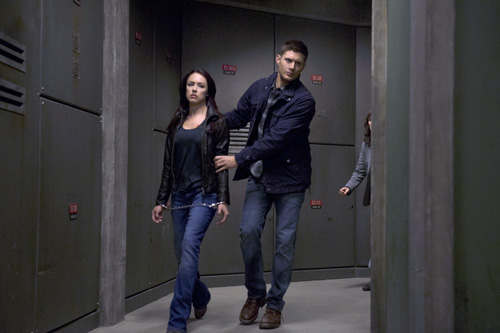