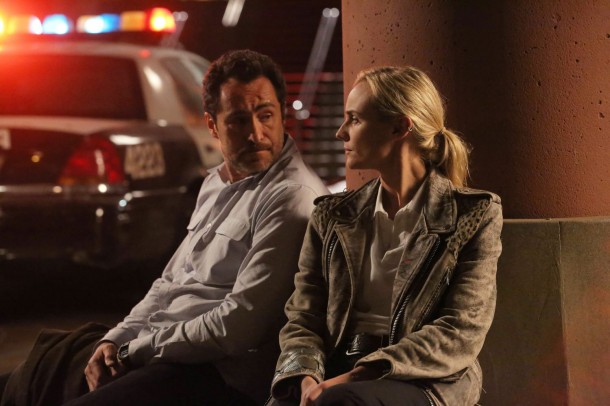 LOS ANGELES, May 16, 2014 – FX and FXX Networks have locked in the summer premiere dates for new and returning original series, including the highly anticipated new original dramas Tyrant and The Strain, as well as new comedies Married and You’re the Worst. The scheduling announcements were made today by Chuck Saftler, President of Program Strategy and COO, FX Networks.

Up first for FX this summer is the premiere of the new drama series Tyrant on Tuesday, June 24 at 10 PM ET/PT. From Emmy® and Golden Globe® Award-winning Executive Producer/Showunner Howard Gordon (24, Homeland), Tyrant tells the story of an unassuming American family drawn into the workings of a turbulent Middle Eastern nation. Bassam “Barry” Al Fayeed, the younger son of the dictator of a war-torn nation, ends a self-imposed 20-year exile to return to his homeland, accompanied by his American wife and children, for his nephew’s wedding.  Barry’s reluctant homecoming leads to a dramatic clash of cultures as he is thrown back into the familial and national politics of his youth. The cast includes Adam Rayner, Jennifer Finnigan, Ashraf Barhom, Moran Atias, Noah Silver, Anne Winters, Fares Fares, Salim Daw, Justin Kirk, Jordana Spiro, Mehdi Dehbi, and Alice Krige. Howard Gordon, Craig Wright, Glenn Gordon Caron, Gideon Raff, David Yates, Michael Lehmann, Peter Noah, and Avi Nir are Executive Producers. Tyrant was created by Gideon Raff and it is produced by Fox 21 and FX Productions. FX has ordered 10 episodes of Tyrant for its first season which will air Tuesday nights at 10 PM ET/PT.

Returning comedy series Wilfred will move to FXX for its fourth and final season starting Wednesday, June 25 at 10 PM ET/PT with two back-to-back episodes. Wilfred is a half-hour, live-action comedy about “Ryan,” a young man struggling to make his way in the world until he forms a unique friendship with “Wilfred,” his neighbor’s canine pet. Everyone else sees Wilfred as just a dog, but Ryan sees a crude and somewhat surly, yet irrepressibly brave and honest Australian bloke in a cheap dog suit. Executive Producers are David Zuckerman, Reed Agnew, Eli Jorné, Jason Gann, Rich Frank and Jeff Kwatinetz of Prospect Park, Randall Einhorn, and Joe Connor and Ken Connor of Renegade. Elijah Wood stars as “Ryan” and Jason Gann plays the title character “Wilfred.” Series regulars also include Fiona Gubelmann and Dorian Brown. Wilfred is produced by FX Productions. FXX will air 10 episodes of Wilfred for Season 4 on Wednesday nights at 10 PM ET/PT.

Season two of 2014 Peabody Award-winning drama The Bridge will premiere Wednesday, July 9 at 10 PM ET/PT. The Bridge is a crime thriller starring Diane Kruger, Demian Bichir, Annabeth Gish, Thomas M. Wright, Matthew Lillard, Emily Rios and Ted Levine. When the body of a cartel member is found on US soil, Sonya Cross (Diane Kruger) from El Paso PD and her Mexican counterpart, Marco Ruiz (Demian Bichir), must work together to solve the case.  In Season 2, Marco, reeling from the death of his son, is still dealing with corrupt cops and the demands of the cartel.  Sonya meets an unexpected man with connections to her past who threatens to come between her and her boss, Lieutenant Hank Wade (Ted Levine).  The case quickly pulls them all into a complex web of money laundering, police corruption, and the Juarez Drug War which infiltrates the suburban streets of El Paso. El Paso Times reporters Daniel Frye (Matthew Lillard) and Adriana Mendez (Emily Rios) continue to follow the Millie Quintana Money House, a path that will eventually cross that of Marco and Sonya. Charlotte Millwright (Annabeth Gish) will have to make the impossible choice between the two worlds that have a grasp on her: the US government and the Mexican cartel.  Meanwhile, Steven Linder (Thomas M. Wright) tries to do right by his Mexican Immigrant love and ends up seeking justice the only way he knows how. Executive Producers are Meredith Stiehm (Homeland) and novelist and television writer/producer Elwood Reid, as well as Shine America’s Carolyn G. Bernstein and Filmlance’s Lars Blomgren. It is distributed by Shine International. FX will air 13 episodes of The Bridge for Season 2 on Wednesday nights at 10 PM ET/PT.

The series premiere of highly anticipated drama The Strain is set for Sunday, July 13 at 10 PM ET/PT.  The Strain is a high concept thriller from Academy Award® nominated Filmmaker Guillermo del Toro, author Chuck Hogan and writer/producer Carlton Cuse, which is based on the best-selling vampire novel trilogy of the same title written by del Toro and Hogan.  It tells the story of “Dr. Ephraim Goodweather,” the head of the Center for Disease Control Canary Team in New York City.  He and his team are called upon to investigate a mysterious viral outbreak with hallmarks of an ancient and evil strain of vampirism.  As the strain spreads, Eph, his team, and an assembly of everyday New Yorkers, wage war for the fate of humanity itself. Co-Creators, Executive Producers and Writers del Toro and Hogan co-wrote the pilot script for The Strain, which was directed by del Toro.  Emmy® Award winning Writer and Producer Carlton Cuse serves as Executive Producer/Showrunner and Writer. Gary Ungar also serves as Executive Producer.  The series is produced by FX Productions. FX has ordered 13 episodes of The Strain for its first season which will air Sunday nights at 10 PM ET/PT.

New comedy series Married premieres Thursday, July 17 at 10 PM ET/PT. Married is a half hour comedy about being miserably in love. Russ (Nat Faxon) and Lina Bowman (Judy Greer) can barely remember what life was like before kids, debt, and suburbia rained on their romance — but every once in a while, in between the arguments about their declining sex life and who’s driving carpool, they are reminded what drew them together in the first place — they’re best friends. Married was created by Andrew Gurland (The Virginity Hit, Mail Order Wife), who wrote and directed the pilot script and serves as Executive Producer/Showrunner, alongside Executive Producers Paul Young and Peter Principato. The series is produced by FX Productions. FX has ordered 10 episodes of Married for its first season to air Thursday nights at 10 PM ET/PT.

Comedy You’re the Worst makes its series debut Thursday, July 17 at 10:30 PM ET/PT immediately following Married. You’re the Worst, from Stephen Falk, stars Aya Cash (The Wolf of Wall Street), Chris Geere (The Spa), Kether Donahue (The Carrie Diaries), and Desmin Borges (The Good Wife).  You’re the Worst is a comedic love story about what happens when two toxic, self-destructive people (Cash and Geere) fall in love despite themselves and attempt the impossible—a relationship. You’re the Worst was created by Falk, who wrote the pilot and serves as Executive Producer/Showrunner. The show is produced by FX Productions. FX has ordered 10 episodes of You’re the Worst for its first season to air Thursday nights at 10:30 PM ET/PT.

FX is the flagship general entertainment basic cable channel of FX Networks, a business unit of Fox Networks Group. FX Networks is comprised of FX, FXM and FXX, its newest channel, which debuted on September 2, 2013. Launched in June of 1994, FX is carried in more than 97 million homes. The diverse schedule features a growing roster of critically-acclaimed and award-winning hit dramas series, including Sons of Anarchy, Justified, The Americans and The Bridge; the upcoming dramas Tyrant (June ’14) and The Strain (July ’14); the miniseries American Horror Story; the critically-acclaimed limited series Fargo; the acclaimed hit comedy series Louie and Archer; and scripted comedies Married and You’re The Worst both launching July of ’14. The network’s library of acquired box-office hit movies is unmatched by any ad-supported television network. FX’s roster of acquired hit series includes Two and a Half Men, Anger Management and, coming in 2014, Mike & Molly.

FXX is the new basic cable entertainment network from FX Networks which launched on September 2, 2013. Geared toward a young adult audience, the schedule features original series, movies, and acquired series. The channel is anchored by the acclaimed hit comedies It’s Always Sunny in Philadelphia, The League, Wilfred and Ali G: Rezurection. FXX is carried in 72 million homes. FXX and its sister channels FX and FXM comprise FX Networks, a business unit of 21 Century Fox.