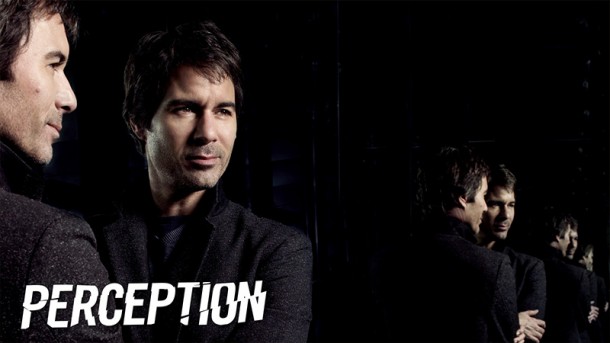 I spoke with Eric McCormack about Perception. It was such a pleasure, and a huge honor, to speak with Eric about his extraordinary role as Dr. Daniel Pierce. Will & Grace was, and will always be, my go-to show when I need a pick-me-up. Whatever role he takes on, Eric’s performances just stick with you. Perception is perfection.  Don’t miss the season three premiere of Perception, which airs Tuesday night at 10 on TNT.

Lena:  I Just watched the season premiere and I loved it. The ending is fantastic. I won’t ruin it for anyone, but WOW!

Eric McCormack:  I’m really glad to hear that. It’s kind of crazy when your executive producer says, “I think we should really, really go to Paris.” I’m like, “You mean green screen Paris?” And he said no, “Paris.”  That was pretty awesome.

Lena: So you really filmed in Paris.

Eric McCormack:  Oh yes, we finished season two with a shot of me in front of the Eiffel Tower, which initially when we shot it last year and it was going to air in March was a green screen. When he said Pierce stayed in Paris, I said that’s a lot of green screen, but he said no, I think we can do it. We went back and reshot that scene while in Paris and then shot five days in front of the Louvre and in front of Notre Dame.

Lena:  Given how season two ended, I couldn’t wait to see where the series was headed. Pierce quit what was familiar to him.

Eric McCormack:  Right. That’s the interesting thing on any show, when a character changes up their life during the season finale. It’s always like okay, now what are they going to do? But for someone who is so dependent on routine and a guy that is not on his meds, he definitely needs routine. He doesn’t need to be changing his location. He doesn’t need to be without Lewicki (Arjay Smith). He doesn’t need to be on a plane, so all of it was just dangerous. Pierce is always a fish out of the water, but he was really out of water this time. 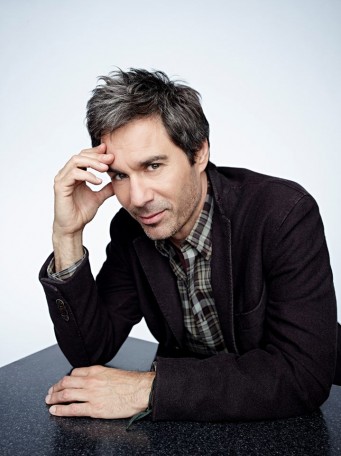 Lena:   Without giving too much away, what can you say about season three; maybe some of the highlights and guest stars that we can look forward to?

Eric McCormack:  Honestly, we are just four weeks out of finishing it and it’s just been exhilarating. I think that the writing has really soared. We know these characters well enough now that there is a lot more. We’ll always have crimes to solve but there is a lot more interplay between the characters and we get to see their personal lives more and Pierce basically after the experience in the season premiere after Paris and the personal risks that he takes, with his heart in particular, opens him up. I think he’s a bigger risk taker in season three, for sure. There is a wonderful storyline that I’m very excited about, which involves Pierce’s father. We learned in season two that his mom passed away years ago from cancer. And without giving too much away, that does make a return in season three. Pierce’s dad is played by Peter Coyote; and he does a brilliant job as a man with just as much arrogance and hubris as Pierce. He is suffering from Alzheimer’s.  There are these moments where the man with paranoid schizophrenia is trying to be the father to the father with Alzheimer’s and it’s tremendously heartbreaking and also very funny too.

Lena:  You do a phenomenal job bringing Pierce to life. You give a voice to and raise awareness on a subject that has such a stigma associated with it, mental illness. Can you talk about what it is like to portray Pierce and how you can relate to him?

Eric McCormack:  Thank you. It was something I took very seriously from the beginning because sometimes on TV you think well, if we run for a while I’ll get a chance to figure him out but I couldn’t really take that chance.  I wanted to make sure that if the mental health community was watching that pilot that they bought it from the beginning. I frontloaded a lot of my work so then I got to, kind of, live in him and with the choices I made of how his symptoms affect him–what are his ticks, what are his quirks, what are the things that scare him most. I find Pierce very freeing because so often to play a hero in a case solving mystery show there is a lot of macho, a lot of stiff upper lip, a lot of cool and Pierce is none of that. It’s very freeing for me because that is not where I live the best—trying to be cool. Pierce wears his fears on his sleeves and he wears his arrogance on his sleeves. He says what he means and sometimes he says it brilliantly, like in the classroom, and sometimes he stutters because he’s so scared or excited. I find him very dimensional and that gives me a lot of freedom.

Lena:  Do you ever think that he will go back on his medications?

Eric McCormack:  That was probably the most exciting episode. Like any exciting episode, you are thinking if it’s too much or if we are going too far. We had already set up the idea that Pierce, in his mind, is a rock star and would have wanted to be that probably if he hadn’t had his break with reality, if he wasn’t sick. So the idea, he was given the technological freedom to really be free.

Lena:  Can you talk about filming the scenes with Pierce’s hallucinations?

Eric McCormack:  It’s the thing that I think sets the show apart—the idea that he hallucinates.  People with schizophrenia vary and sometimes it’s just voices that they hear. They don’t often have visuals but for those that do, it’s usually something scary and it’s usually something that they can’t in any way control. He can’t control his hallucinations but once he realizes that he’s not seeing something real, he can almost befriend them. He can use them and he can try to almost get out of them because they are always there to give him something. Whenever we have actors on the show playing the hallucinations I say, “You and I have an interesting thing here this week. You are not going to be acting with anybody else, nobody else can see you, and you are not you, you are me. You are a piece of me.” Every hallucination is a piece of my mind and as a result we have a very symbiotic relationship that I think is kind of unique. They are not playing a ghost. I’m envisioning a little piece of how my brain thinks. This season I hallucinate the Devil, I hallucinate my own mother, I hallucinate more comic ones. Right now, I’m hallucinating a wedding planner that is very comic but they all serve a purpose and they are all a piece of Pierce’s brain.