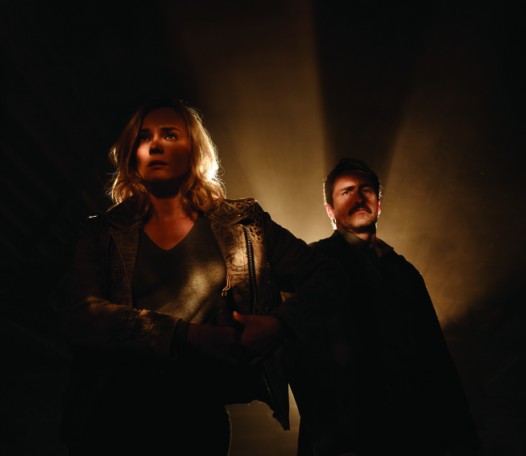 You are not going to want to miss the phenomenal season two premiere of The Bridge tonight on FX. I really enjoyed the first season but this season just goes for it. The premiere episode instantly finds its way directly under your skin and there it shall remain. “Yankee” – Sonya meets a man connected to her past as Marco discovers that he’s no longer safe in his own department. Frye and Adriana investigate the origins of the “money house.” A mysterious woman crosses The Bridge into El Paso.

The first season concluded with Marco Ruiz (Demian Bichir) declaring that he wanted to kill Tate (Eric Lange) himself. Tate killed his son and destroyed his family. Life will never be the same for Marco. He’s in a very difficult and dark place with no end in sight. Marco has to deal with some demons.

This season is incredibly dark and comes together quite exquisitely. I got a chance to view the first seven episodes, so I really got to see the direction the series is headed in. It really is a nonstop thrill ride that will make you lose some sleep at night. Franka Potente’s performance as Eleanor Nacht will send chills down your spine. I loved her in Copper and American Horror Story: Asylum, but her work on this series is beyond brilliant. Speaking of Copper, why the hell did BBC America cancel it? It was their best show.

The premiere opens with a lovely song and Mr. Monte P. Flagman (Lyle Lovett). You know things are always exciting when he’s around. I was seriously sweating through the entire episode. Okay, it is very humid in my home state but seriously—it was almost too much to handle. You really just have to sit back and take it all in, it will come together in the end. There is nothing better than an intense, properly told story. This series delivers on absolutely everything—writing, acting, directing.

Things haven’t gotten any easier for Marco. He has threats coming at him from all sides. Who can he trust?

Sonya Cross (Diane Kruger) finds herself in a “weird” situation. She is also unsure about how to comfort Marco. What would you say to a man that has lost everything? The pain runs deep. 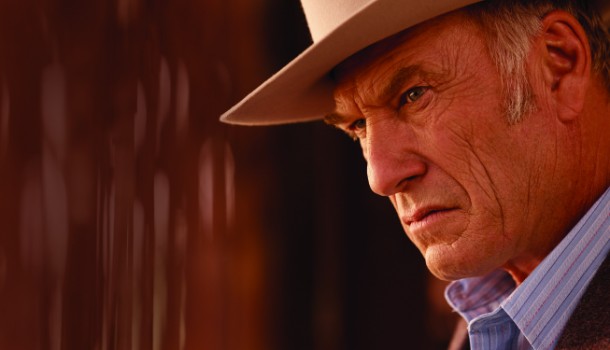 Lt. Hank Wade (Ted Levine) has some choice words for two very different people. He will never stop trying to protect Sonya. I’m really enjoying Ted in this role. It helps fill the void that Monk left behind. I still can’t help but wonder how he deals with purchasing lotion at the drugstore because seriously, he is never going to live that role down. I hope he just goes with it. He’s fantastic in everything. 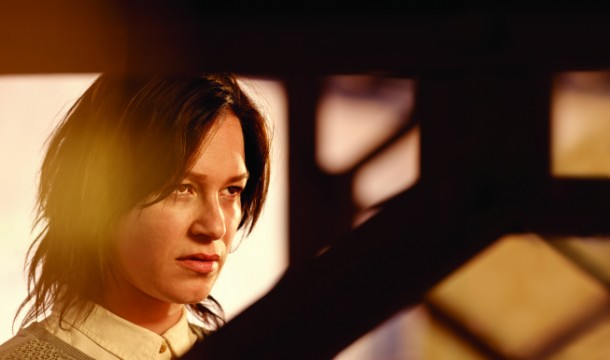 Tonight you will meet Eleanor (Franka Potente) and she really cares about the polar bears, her friend—not so much. Eleanor takes things very seriously. 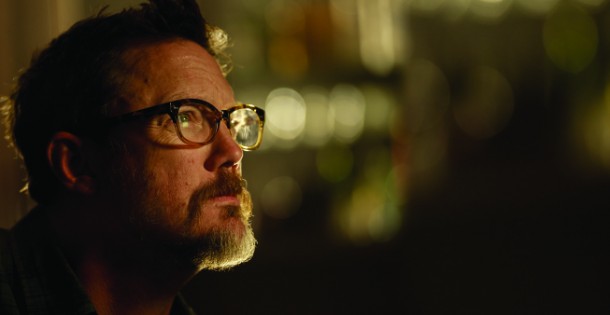 Daniel Frye (Matthew Lillard) gets a rushed visit that lightens the mood a bit. Matthew Lillard is incredible in this series and one of the most underrated actors of our time. How can you not love Shaggy? Don’t worry because Frye is doing so much better this season because he found a system that works. I’m going to let him tell you about that tonight. Frye always seems to come along when you need him the most. Adriana Mendez (Emily Rios) is never going to get rid of him and she appreciates him more than she lets on. They work perfectly together.

Detective Tim Cooper (Johnny Dowers) is another overlooked gem of the series. He adds some much needed comic relief at the most appropriate and not so appropriate times. He knows “exactly” what to say.

Tonight’s premiere is amazing and will leave you in an uncomfortable state. The ending will make it impossible for you not to tune in next week. You will be watching The Bridge every week. They made damn sure of that.

The Bridge airs Wednesday nights at 10 on FX.