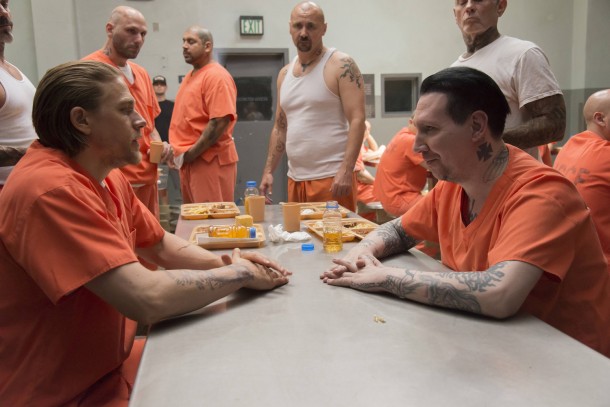 Tonight marks the beginning of the end of one of the best shows on television, Sons of Anarchy. Tuesday nights will never be the same again. I honestly never thought I would even be interested in a series about a motorcycle club and yet, here I sit contemplating the end of something that has become so near and dear to me. Not only is the show phenomenal but the fans and the people behind the series are some of the nicest and brightest people that I’ve ever met. I will always remember their generosity. I’m glad I gave the show a chance and got to see that it is more than just a show about a motorcycle club, it’s a show about life and living with the choices that we make, good or bad, the path is chosen. We’ve come so far from the series premiere and the development of pretty much every aspect of the series has been glorious. Don’t miss tonight’s extended final season premiere of Sons of Anarchy. “Black Widower” – In the wake of Tara’s death, Jax makes vengeance a club priority. Tonight’s episode was directed by Paris Barclay and written by Kurt Sutter.

Season six was wrapped so very tightly in tragedy. That finale was one that just didn’t leave you—when Jax walked in and found Tara (Maggie Siff) dead on the floor. You could feel Jax’s pain. Charlie Hunnam is brilliant. I’m sure realizing that he was also saying goodbye to Maggie helped him through the process. He’s been working alongside her for so many years and now it was ending. No more Jax and Tara as we knew them. This season Jax is more calculated and colder. There is only one thing that matters to him and it is going to swallow his soul. Jax’s conversations with Gemma (Katey Sagal) will give you the sweats. That vile “human” really needs some intense therapy. I do hope that the series ends with Jax putting her out of her misery. Too many people have suffered at the mercy of her controlling hands. Wait until you hear some of the self-righteous garbage that spews out of her mouth tonight. Really, Gemma? 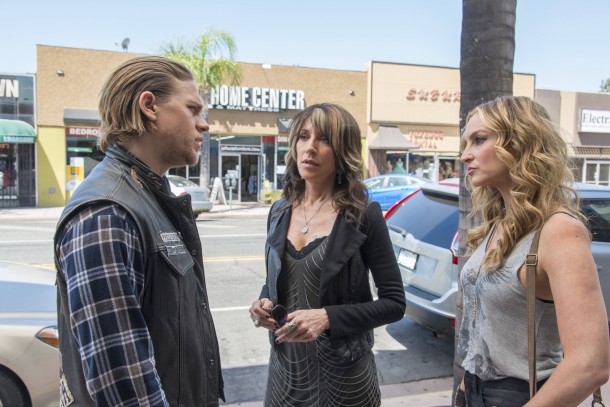 That Jax and Juice (Theo Rossi) time in the finale really added some extra tension. Juice is going to have to do a ton of cleaning to get over that one. Betrayal is not taken lightly. How do you think Juice is going to do this season? I will tell you that you get to spend some quality time with Juice this evening. 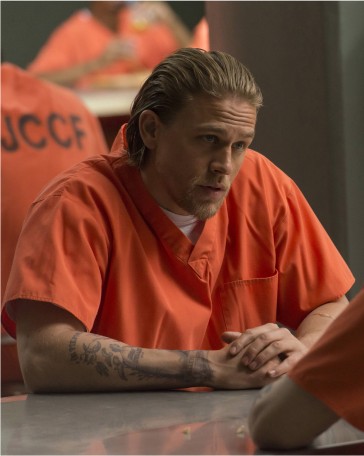 Last season also managed to kill off two of my favorite Terriers cast members, Donal Logue and Rockmond Dunbar. I already miss that freaky Lee Toric (Donal Logue). In the short time that we had him, he added so much to the season. Eli Roosevelt (Rockmond Dunbar) didn’t deserve to die. How come no one came looking for him?

Jax’s vengeance fueled mind-set blocks his ability to see the truth. He needs to clear his head and really put the pieces together. He just lost the woman that he loved more than anything and he needs to think things through. Do you think that he’s going to make it out alive? I just don’t know what is going to go down.

The gorgeous Lyla (Winter Ave Zoli) is taking her life in a new direction. Damn, I miss Opie (Ryan Hurst) and Lyla. They were so beautiful together.

Wayne Unser (Dayton Callie) is perhaps too good at what he does. He always wants to help and search for the truth. Do you think that he will finally pick a side? He’s always been a community helper.

Wendy (Drea de Matteo) is back this season. She always seems to work her way into the mix. I just hope her intentions are pure. 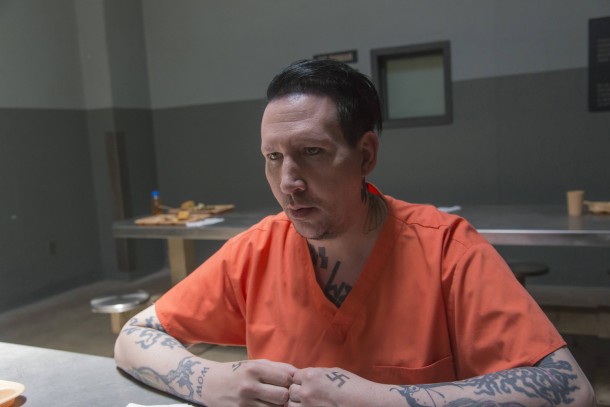 Jax meets Ron Tully (Marilyn Manson) in prison. Tully seems like a pretty interesting guy. I hope we get so see more of him. I do hope that Marilyn Manson contributes at least one song this season. He should have done the Queen cover. He would have killed it. Honestly, I can’t get behind that cover of “Bohemian Rhapsody.” It reminded me of American Idol when they make all the contestants sing together and it just ends up sounding like an uncomfortable mess. Some people may find it pleasing; I was not one of those people. Manson would have made it eerily beautiful.

Tig (Kim Coates) never lets you down. He’s always right there when you need him providing comic relief and tonight is no different. I will never get sick of his “mama” jokes. I hope they don’t kill him off. He needs to be allowed to roam free with Venus Van Dam (Walton Goggins). I can’t wait for the return of Venus.

Chibs (Tommy Flanagan) the charmer lays down the law tonight. I am so going to miss that man.

Happy (David Labrava) is always ready for what is thrown his way. He’s certainly a team player.

Bobby (Mark Boone Junior) always takes care of people in need. He will not leave you hanging and you have to respect him for that.

Tonight’s premiere is chock full of vengeance. Jax is where he belongs but for how long? Will anyone make it out alive? What will happen to Gemma if Jax finds out the truth? Would he hurt his own mother? How do you think it’s all going to end? I’ve been asking myself that since last season. The suspense is killing me. Don’t miss tonight’s extended premiere on FX. 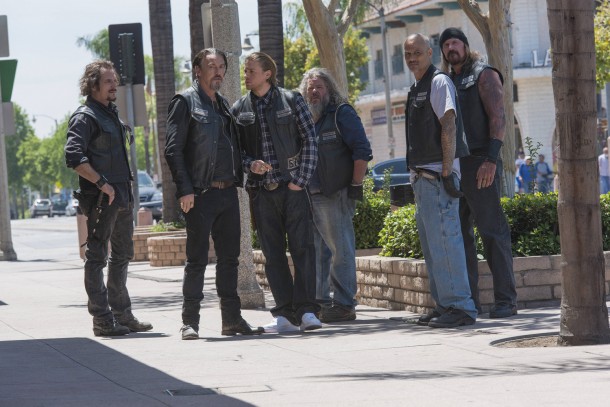