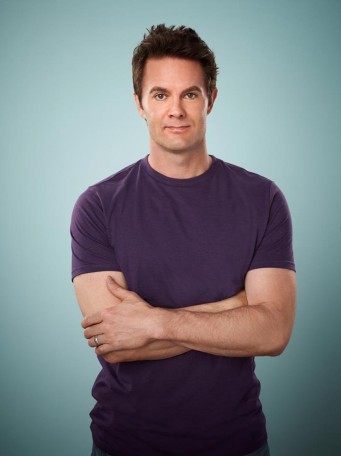 As if Justified wasn’t fantastic enough they had to go and cast Garret Dillahunt. I do hope Garret has a run-in with an alpaca. R.I.P. Raising Hope. The finale season is going to be phenomenal.

Sam Elliott will portray “Markham,” a legendary Kentucky gangster who returns from exile with a private army and bags of cash (earned growing legal weed in Colorado), hell-bent on winning back his empire and the lost love of his life, Katherine Hale (Mary Steenburgen).  He’ll find himself butting heads with Raylan and Boyd and even with Katherine herself, who secretly believes that Markham is the rat who brought down her husband.

Garret Dillahunt will play “Walker”, a spec ops veteran who’s spent much of the last decade deployed in combat zones, first as a soldier and most recently as a private contractor.  He now handles security for a quasi-legal businessman, a job to which he brings all of the skills (as well as the demons) he acquired during his military career.  Walker hides his simmering rage behind an exterior of cold professionalism — until the combined irritants of Raylan and Boyd wear away his veneer and bring the monster to the surface.

FX is the flagship general entertainment basic cable channel of FX Networks, a business unit of Fox Networks Group. FX Networks is comprised of FX, FXM and FXX, its newest channel, which debuted on September 2, 2013. Launched in June of 1994, FX is carried in more than 95 million homes. The diverse schedule features a growing roster of critically-acclaimed and award-winning hit dramas series, including Sons of Anarchy, Justified, The Americans, The Bridge, Tyrant and The Strain; the miniseries American Horror Story; the critically-acclaimed limited series Fargo; the acclaimed hit comedy series Louie and Archer; and new scripted comedies Married and You’re The Worst, and recently ordered The Comedians and Sex&Drugs&Rock&Roll. The network’s library of acquired box-office hit movies is unmatched by any ad-supported television network. FX’s roster of acquired hit series includes Two and a Half Men, Anger Management and Mike & Molly.