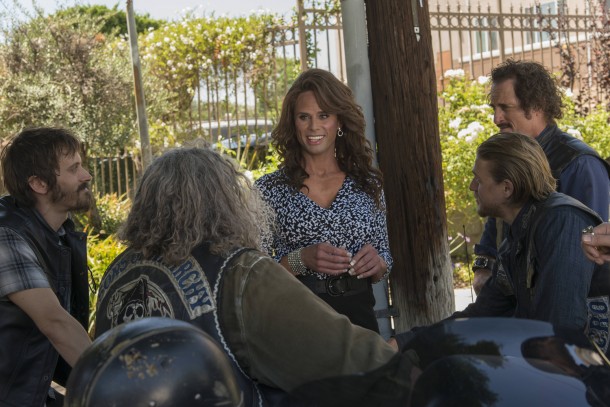 Previously, Chibs (Tommy Flanagan) and Juice (Theo Rossi) were reunited and it didn’t feel very good. Do you think Juice could ever earn his way back? Will he be the one to tell Jax (Charlie Hunnam) who is responsible for Tara’s (Maggie Siff) death? I can’t imagine the series ending without Jax finding out the truth.

Did you enjoy Lyla’s (Winter Ave Zoli) direction in Skankenstein? I’m sure there will be a sequel. It’s nice to see Lyla doing well.

The conversation between August Marks (Billy Brown) and Jax was a bit unsettling. “Trust can’t live in the same space as secrets and lies.” Isn’t that the truth? August is not a stupid man. 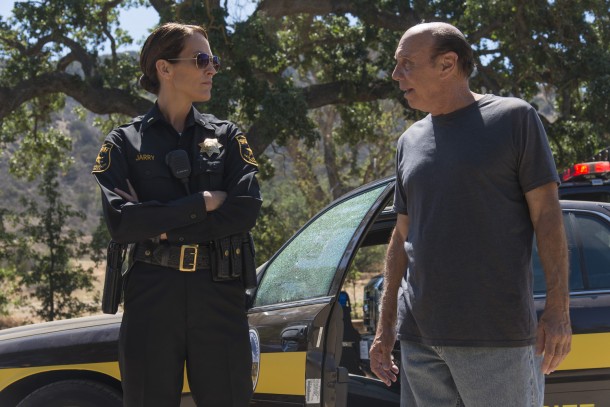 Chibs has a new friend in Sheriff Althea Jarry (Annabeth Gish). Their exchange was kind of sweet. Of course, who the hell could resist that accent? Wait until you hear him say, “please” tonight.

I think the biggest lesson we learned from last week is that if you are a horrible person and Gemma (Katey Sagal) shows up on your doorstep with a pineapple upside-down cake, don’t answer your damn door because you are in for the wrong kind of treat. As much as Haas (John Lacy) deserved that, Jax needs to take a step back and look at what he’s becoming. When will it ever end?

Tonight, Jax visits a “friend” and discusses recipes and dogs. It didn’t have to be like that but someone always has to make it a little weird. 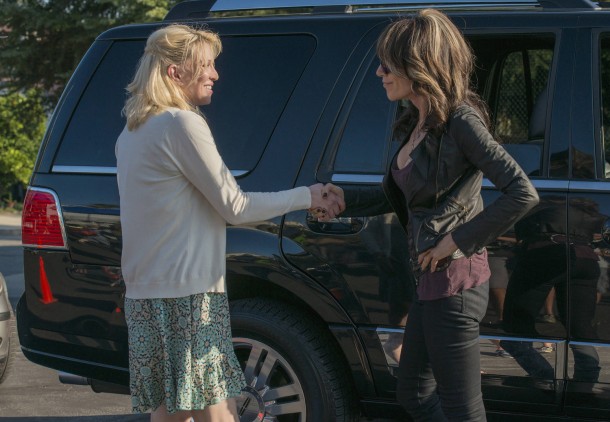 Gemma meets Ms. Harrison (Courtney Love). It was a brief introduction but I’m sure we will be seeing more of them together in the future. Gemma is one for the record books. She tries to deal with her sins by throwing a bunch of stuff out there. Do you think that Gemma sleeps at night? Gemma says and does a lot of twisted stuff, but for once even Jax took notice. Gemma will always be Gemma. Hey, at least she’s consistent. 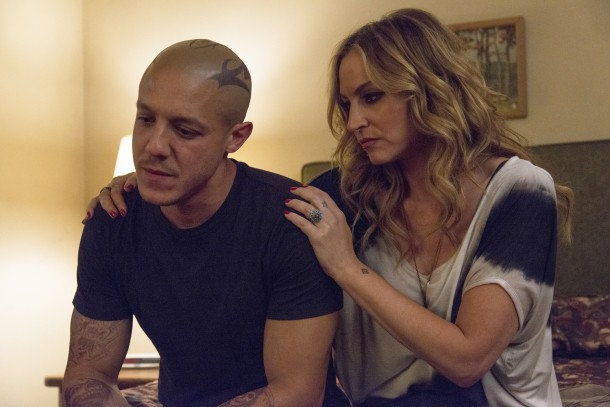 Wendy (Drea de Matteo) does her best to console Juice. I don’t see this ending well for Juice. How long can he run and hide?

When things get hairy the boys do what’s right and that involves some fast thinking. They aren’t afraid to get their hair wet. They quickly realize how small the world is. Happy (David Labrava) gets called out and he should be proud. He knows big. 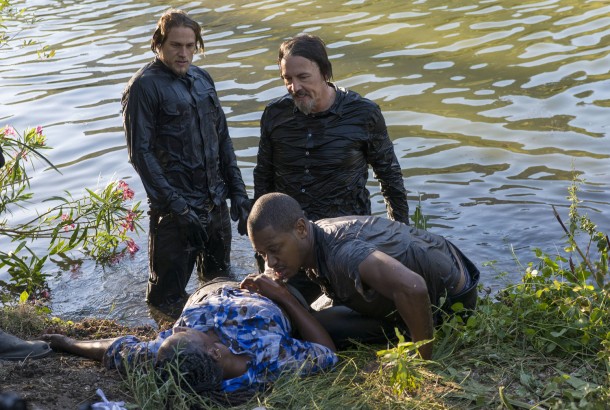 Tig (Kim Coates) and Rat Boy (Niko Nicotera) are the comedic glue that is holding this show together. When things get bad you know that you can always count on Tig to lighten the mood. You learn some things not so surprising things about Tig tonight. No, you shouldn’t be worried…maybe a little.

When the boys meet up with Venus Van Dam, you know things are going to get exciting. Venus is a beautiful soul that just wants to help. Tig just lights up when she’s around. I’m going to miss Venus and Tig so much when this show ends. We have Better Call Saul so why not Better Call Venus? Who wouldn’t want to tune in for that show?

There are a lot of one-sided conversations going on in Charming these days. It just adds to the dimension of things to come.

Can you watch the show without thinking about the endgame? It’s obviously not going to be pleasant but surely it will be fulfilling. All I can say is that the MC is lucky to have Happy around because they are going to need more places to bury bodies. It treads even deeper into the darkness tonight. Definitely do not miss “Poor Little Lambs.” 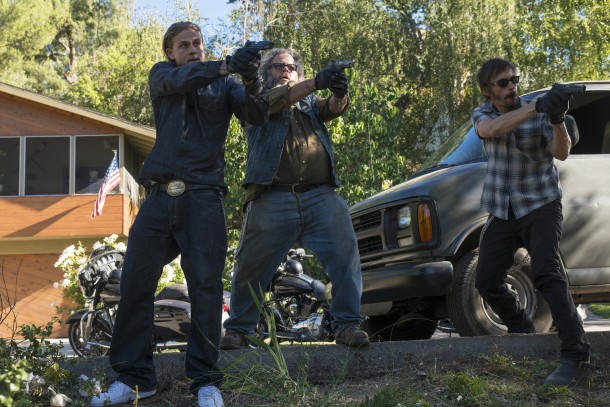