R.I.P. Bobby Munson! It was disheartening to watch the ending of that beautiful man last week. Thanks to Mark Boone Junior for giving us the best of everything. Tonight’s episode of Sons of Anarchy is one for the record books. They dance among the darkest corners of human existence and what is unearthed will leave you breathless. The episode starts off gorgeously and sharply builds on disconnection. You are not going to want to miss this one. “Faith and Despondency” – Love is in the air for SAMCRO members but death wins the day. Written by Kem Nunn, Gladys Rodriguez, and Kurt Sutter; directed by Paris Barclay. 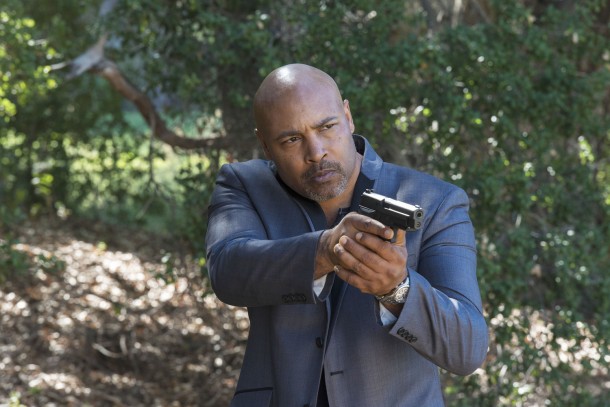 Jax’s (Charlie Hunnam) expression in the final few seconds of last week’s episode said it all. August Marks (Billy Brown) and Moses Cartwright (Mathew St. Patrick) were underestimated but now that they know what they are up against, I don’t expect that will be happening ever again. I hate Moses and his grapefruit spoon. 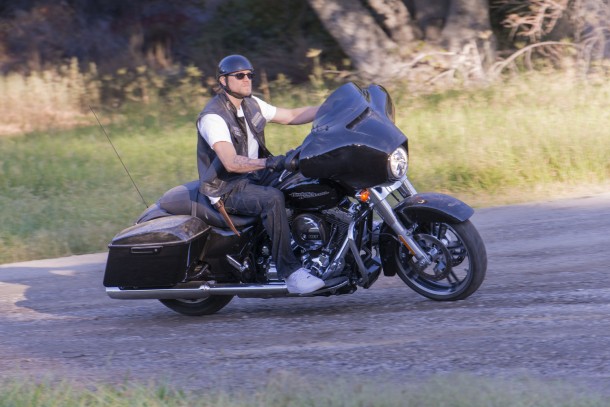 Nero (Jimmy Smits) and Jax have similar tastes in one field. Nero, bless his heart, I hope he really makes it to the farm to live out his life with his son. How do you think Jax is going to feel when Nero finally gets a chance to discuss his buyout?

Winsome (Inbar Lavi) is back tonight. When Jax was offering her a job I couldn’t help but think how horrible it would be to find out why there are so many positions available. How the hell do you make light of what went down?

Tonight is a night of returns. Leland (Brad Carter) is back looking as refined as ever. Now they just need to get things on track with Tully’s (Marilyn Manson) dog walker. Tully is a standup guy that is passionate about everything that he gets himself into. Marilyn Manson is fantastic in the series. I really hope he gets to contribute musically before it all ends.

Wasn’t it sweet that Chibs (Tommy Flanagan) wanted to make sure that Sheriff Jarry (Annabeth Gish) got a win last week? You take them when you can get them and don’t ask too many questions. She does have questions this week but they get answered. Someone will learn the hard way that “okay” is not an acceptable answer in her book. I admire her patience when dealing with Gemma (Katey Sagal). Gemma just doesn’t stop. She’s a horrible person that has probably caused more death and destruction than anyone else on the show. 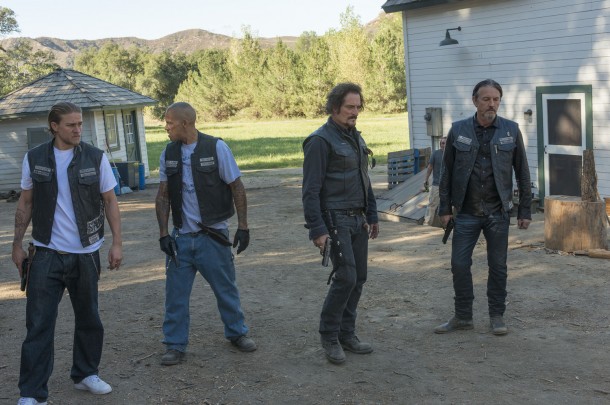 So much goes down tonight that it’s an unpleasant reminder that only a few episodes of the series remain. That being said, these last episodes really need to deliver and they certainly have been. The season has really picked up and everything is being set in motion. It’s not all bad because love is definitely in the air. I’m tearing up just thinking about the best moment of the night. In case you are worried about it being all love and no action, have no fear because there is a ton of action and enough blood to make Tarantino blush–well, not really but close enough.