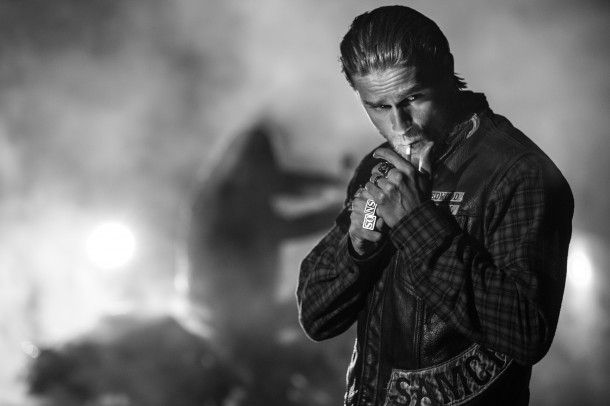 Sons of Anarchy Creator/Showrunner Kurt Sutter will moderate tonight’s Anarchy Afterword discussion on FX immediately following the latest episode of Sons of Anarchy.  Kurt’s first turn as moderator of the popular roundtable discussion will be special indeed as he is joined by Charlie Hunnam and Tommy Flanagan, with special appearances by Kim Coates and Walton Goggins.

“I’ve always wanted my own talk show – where people are forced to listen to me,” Sutter said. “This is the closest I’ll ever get. Plus, we’ll talk about some SOA stuff.”

Sons of Anarchy returned to its seventh and final season with record ratings for the season premiere on September 9th. Sutter appeared on Afterword immediately following the season seven premiere.

Sons of Anarchy is an adrenalized drama with darkly comedic undertones that explores a notorious outlaw motorcycle club’s (MC) desire to protect its livelihood while ensuring that their simple, sheltered town of Charming, California remains exactly that, charming. The MC must confront threats from drug dealers, corporate developers, and overzealous law officers. Behind the MC’s familial lifestyle and legally thriving automotive shop is a ruthless and illegal arms business driven by the seduction of money, power, and blood.–