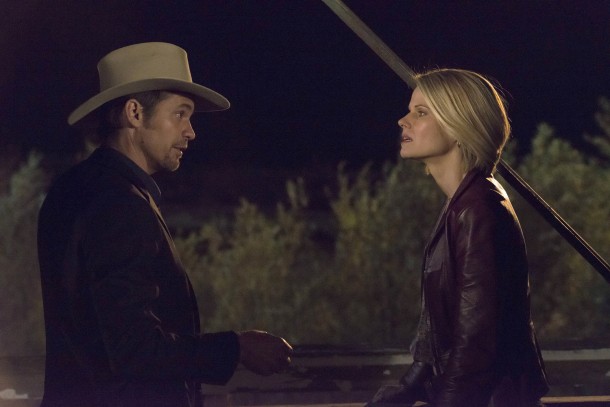 The previous season of Justified set up its final season to surely go down as the most magnificent showdown of wits in television history. The unrivaled series will air its final season premiere tonight. It’s a bittersweet occasion. The premiere is painfully phenomenal. I’m not going to lie; I did get teary-eyed. The brilliant Garret Dillahunt guest stars this season and he’s sporting one hell of a beard. Once his character power slides onto the field, you are going to want to know all about the mysterious Ty Walker. You are not going to want to miss how this story unfolds. “Fate’s Right Hand” – Boyd prepares a daring heist while Raylan attempts to turn a formers ally against him. Written by Michael Dinner, Fred Golan, and Chris Provenzano; directed by Michael Dinner.

Last season ended with Ava (Joelle Carter) being released from prison with some serious strings attached. She has to report back to Raylan (Timothy Olyphant) and tell him everything that he wants to know about Boyd (Walton Goggins). The rules have been set and Ava is scared. Can you blame her?

Raylan wants some questions answered and when it doesn’t go his way, he turns on the charm and shows just how hospitable he can be.

Boyd makes several things clear in tonight’s episode. He’s back and he forgot something that you are certainly not going to complain about. I do not want to say goodbye to Boyd. Characters as complex and passionate as Boyd do not come along very often. He bares his body and soul and still has the time to quote Thomas Jefferson. What other show gives you that? And don’t even get me started on his come-hither locks. Boyd’s charisma is unsurpassed. 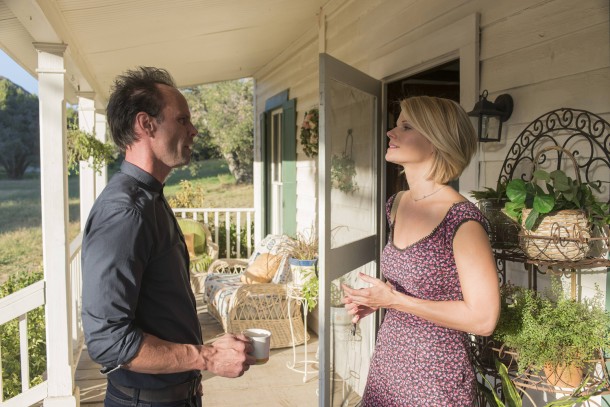 Ava is having a difficult time adjusting to her new role. Boyd offers her an escape. Their home isn’t what is was and it’s time to move on. Will she give in to Boyd or honor her commitment with Raylan? Is Boyd capable of actually taking her life? Ava is in a tough place.

Nothing makes me happier than seeing Rachel (Erica Tazel) in charge. I do hope that means that we will be seeing more of her in this final season. Erica has always been underused, in my opinion. Rachel works really well with Raylan.

Dewey Crowe (Damon Herriman) starts the season off right by getting released from prison. “Thank you, Jesus!” Oh Dewey, how I’ve missed thee. It doesn’t take long for the ribbing to begin. Dewey discusses his smart move and for the record, he’s a really cheap date. He runs into an old friend and lays on the charm as only Dewey Crowe can do. You have to give it to him for trying. He found his sign and was reunited with a really special friend.

As things are still being worked out, Raylan knows what meeting places are safe. Where would Boyd never be caught dead near? Raylan has to reassure Ava. It will take you back.

Dewey and Boyd reminisce about the good old days. Dewey wants back in, but will Boyd trust him? 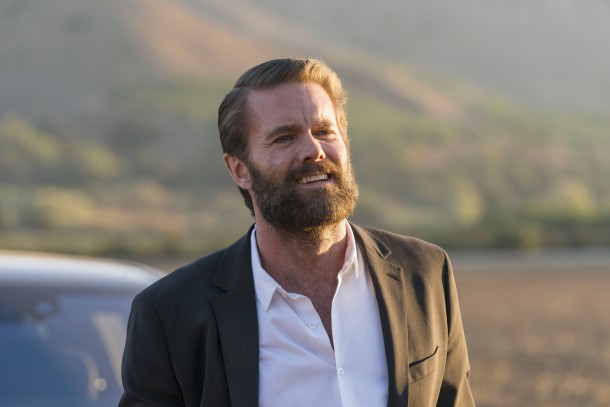 As Tim (Jacob Pitts) and Raylan are discussing matters someone perplexing arrives on the scene. This is when we meet Mr. Ty Walker (Garret Dillahunt). He comes in like a rock star, exquisitely bearded and mysterious, but we will find out more about him and his motivations in upcoming episodes. His back-and-fourth with Raylan in that one scene alone is enough to get immense character excitement going. Garret is always a welcome addition to any cast. I’m still upset that they cancelled Raising Hope. At least FXX has been airing it. It is also a Deadwood reunion. Bring on Ty Walker!

Tonight you will find out some fascinating facts about Dewey. Tim and Raylan’s conversation about Dewey is hilarious. Raylan is also very good at passing the blame.

In the end, Boyd does what it is that he does well. Will that be his way out? How do you think it’s all going to end for Boyd? The one thing that I can tell you is that you don’t want to be around Boyd when he’s hungry. He takes no prisoners and isn’t afraid to be creepy when needed. You’ll know what I’m talking about when you see it—very unsettling. Enjoy!

The season is off to an impeccable start; Justified cuts deep. Don’t miss the final season premiere tonight on FX.