The Comedians premieres on Thursday at 10/9c on FX. Billy Crystal and Josh Gad must learn to work together in this show within a show. It takes you behind-the-scenes of a fictional sketch comedy show. Billy and Josh play existential versions of themselves. The show is based on a Swedish series. “Pilot” – Billy Crystal and Josh Gad are reluctantly paired together for a sketch show on FX. Written by Ben Wexler, Matt Nix, Larry Charles, Billy Crystal; directed by Larry Charles.

In the series premiere, Billy meets with the network executives to go over some recent excesses. Denis Grant, played by the brilliantly talented Denis O’Hare, has a little “wrinkle” to propose. He pitches Josh Gad to Billy and he isn’t all that keen on the idea. Denis gives it to him straight and he reluctantly agrees.

When Billy and Josh meet, as expected, a generational clash ensues. Josh has some recommendations that irk Billy. After some inappropriate shows of emotion, they finally agree on something, but things go too far. Will their disconnect lead to their demise or will they be able to make it work?

Billy tries to be courteous when the cameras are rolling. He sends the wrong message to Larry (Larry Charles) because he doesn’t want to deal with hard feelings. You know something is up when he has to say that he’s easy. The look that he gets regarding that tells all the truth that you need to know.

When Billy walks in on Josh in his dressing room, things get a bit awkward. He’s the type of guy that speaks before he thinks, and you will thank him for that. 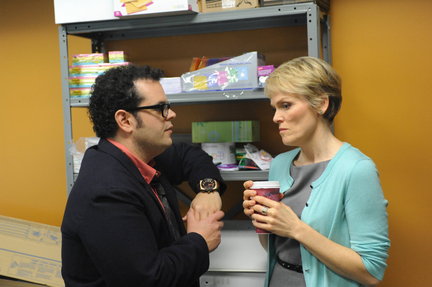 Josh has a director in mind that he wants to run by Kristen (Stephnie Weir). Kristen is the producer that has her own problem brewing, which Josh so politely points out. I’m with him on that one though. She definitely needs to take care of that before it’s too late. Stephnie is fantastic. I laughed the most at her scenes.

My favorite part of the episode is when we meet Jamie Dobbs. Steven Weber brings this beauty of a character to life. Seriously, how can you not love Steven Weber? He’s an actor that never lets you down. He certainly does not disappoint in The Comedians. Jamie’s a director that Billy has worked with in the past and he wants to reconnect with. Will Jamie’s direction take the show where it needs to go? “It’s going to be good.”

The Comedians premieres on Thursday at 10/9c on FX. 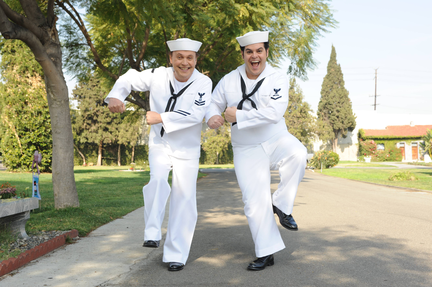