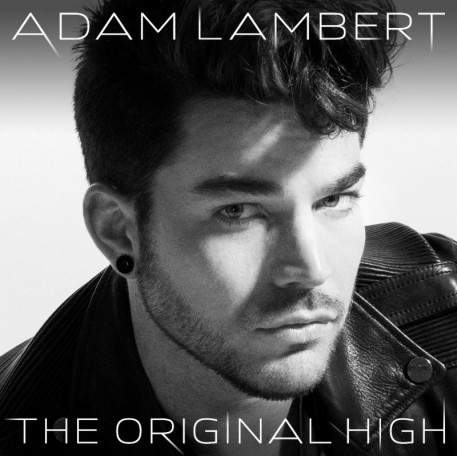 Multi-platinum-selling, singer/songwriter Adam Lambert will release his highly anticipated third studio album THE ORIGINAL HIGH on June 16th, 2015 through Warner Bros. Records. Recorded in Stockholm, Sweden and Los Angeles, California with Max Martin and Shellback as executive producers (Katy Perry, Maroon 5, Pink, etc.), THE ORIGINAL HIGH displays a fresh sound for Lambert, and includes collaborations with Tove Lo and Brian May from Queen (full track listing below). The album’s first single, “Ghost Town,” releases to radio and will be available on all digital retailers today.

Adam is set to make a number of national television appearances in support of The ORIGINAL HIGH starting with the Ellen DeGeneres Show on April 30th. Beginning today, fans who pre-order a copy of the album at adamofficial.com, will instantly receive a download of “Ghost Town.”

7. Evil in the Night

12. After Hours – Available on Deluxe Editions

14. These Boys – Available on Deluxe Editions

International superstar Adam Lambert is a Billboard chart topping, multi-award winning, multi-platinum-selling-singer-songwriter and performer.  Best known for his soaring voice and unique blend of theatrical flair and glam-rock sensibilities, the pop singer has performed in front of sold out crowds worldwide -both as a solo artist and with legendary rock group Queen.  His work has garnered a number of music awards and nominations including a Grammy nomination for “Best Male Pop Vocal Performance,” a BMI Award for “Award-Winning Songs,” two GLAAD Awards, a Young Hollywood Award for “Artist of the Year,” a Teen Choice Award for “Choice Male Reality/Variety Star,” and a People’s Choice Award nomination for “Break-Out Musical Artist.”

A San Diego, California native, Lambert stepped into the national spotlight in 2009 when he became a finalist on the eighth season of American Idol.  His vocal range, along with his unique style, made him a standout contestant and he quickly won over millions of viewers.  After the season wrapped, Lambert released his widely successful RCA Records debut, “For Your Entertainment,” which sold nearly 2 million copies worldwide to date.  The album’s first single “Whataya Want From Me,” became a radio smash and earned him his first Grammy nomination for “Best Male Pop Vocal Performance.”  In June of 2010, Lambert embarked on his first headlining tour playing to sold out crowds in the US, Europe and Asia.

His sophomore album, “Trespassing,” was released in 2012, garnered rave reviews and became the first #1 debut on the Billboard 200 Album chart by an openly gay artist. Most recently, Adam wrapped a hugely successful world tour fronting Queen, with original band members Brian May and Roger Taylor. Additionally, Lambert had a 5 episode arc on “Glee” during its 2014 season.