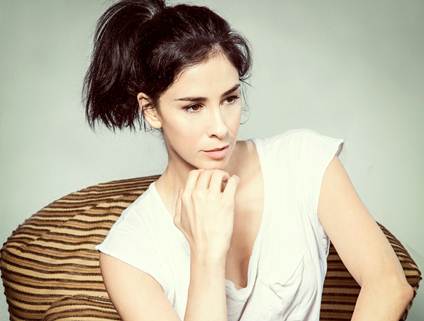 Emmy®-winning comedian and actress Sarah Silverman will reprise her role as “Helen” on the third season of MASTERS OF SEX premiering July 12 at 10 p.m. ET/PT on Showtime. Starring Emmy and Golden Globe® nominee Michael Sheen and Emmy nominee Lizzy Caplan as real-life pioneers of human sexuality, William Masters and Virginia Johnson, MASTERS OF SEX chronicles their unusual lives, romance and pop-culture trajectory.  Masters and Johnson’s research touched off the sexual revolution and took them from a mid-western teaching hospital in St. Louis to the cover of Time magazine. In the third season, the reunited Helen and Betty (Tony® Award winner Annaleigh Ashford) are trying to have a baby, which unquestionably proves quite a challenge for a lesbian couple in 1966.

Season three of the series is set when the famed duo Masters  and Johnson are dealing with the glare of the national spotlight as their sex study is finally unveiled.  Masters and Johnson’s work will have a profound impact on contemporary relationships, especially their own evolving three-way “marriage” with Masters’ wife Libby (Caitlin FitzGerald).   The series is an adaptation of Thomas Maier’s book Masters of Sex: The Life and Times of William Masters and Virginia Johnson, The Couple Who Taught America How To Love.  MASTERS OF SEX was developed for television by Michelle Ashford (The Pacific) who also serves as an executive producer. In addition, the series is executive produced by Sarah Timberman, Carl Beverly, Amy Lippman, Dave Flebotte,  and Judith Verno.  Michael Sheen, Tammy Rosen and Thomas Maier serve as producers. MASTERS OF SEX is produced by Sony Pictures Television.

Two-time Emmy winner Sarah Silverman is a versatile performer with a repertoire that includes everything from television and film to stand-up comedy and iconic online videos. She added author to this list when she released The New York Times Bestseller, The Bedwetter: Stories of Courage, Redemption, and Pee.  She was awarded a 2014 Primetime Emmy Award in the Outstanding Writing for a Variety Special category for her comedy special We Are Miracles, which was also nominated for Outstanding Variety Special, and she received a WGA nomination as well.  An album of the special was released in September 2014 which earned her a 2015 Grammy® nomination for Best Comedy Album.  Silverman will next be seen in the lead role of the drama feature I Smile Back which debuted at Sundance earlier this year and in the feature film Ashby opposite Mickey Rourke and Emma Roberts.  She recently wrapped production on a comedy pilot for HBO which she will executive produce and star in. Sarah Silverman received an Emmy nomination for Outstanding Leading Actress in a Comedy Series for The Sarah Silverman Program, and was also nominated for Outstanding Guest Actress in a Comedy Series for Monk. She won an Emmy for Outstanding Original Music and Lyrics as a writer of a song for “Jimmy Kimmel Live!” Silverman’s feature film credits include A Million Ways to Die in the West,  Wreck-It Ralph, Take This Waltz, and Sarah Silverman: Jesus Is Magic. Additionally, Silverman is a part of JASH, a comedy collective on YouTube featuring original content by Silverman (and friends Michael Cera, Tim & Eric and Reggie Watts).