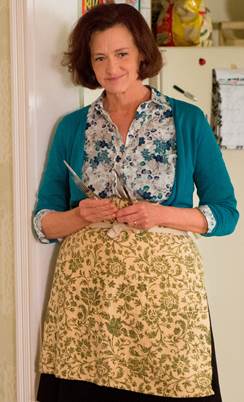 After five consecutive Emmy nominations, Joan Cusack received her first Emmy win for Outstanding Guest Actress in a Comedy Series for her unforgettable role as “Sheila Jackson” in SHAMELESS on SHOWTIME.  This also marks the first-ever Emmy win for the network’s top-rated comedy series and the first-ever win for SHOWTIME in the category.  In next week’s primetime telecast, Cusack’s frequent co-star and SHAMELESS’ leading man, William H. Macy is nominated for Outstanding Lead Actor in a Comedy Series.

The new season of SHAMELESS will premiere Sunday, January 17th at 9 p.m ET/PT.   Season six picks up a few months after last year’s finale, leaving the Gallaghers to prepare for yet another long Chicago winter.  This season will see more than just the arctic Lake Michigan winds whipping through the Southside. Change is hard and the Gallaghers are as surprised as anyone at how life is turning out for them. But the question remains, as they come into their own and find out who they are, is it really possible that the Gallaghers could grow apart for good?  The series stars William H. Macy and Emmy Rossum, along with Jeremy Allen White, Ethan Cutkosky, Shanola Hampton, Steve Howey, Emma Kenney,and Cameron Monaghan. Based on the long-running hit U.K. series, SHAMELESS is executive produced by Emmy Award winning television and film producer John Wells, Andrew Stearn, Christopher Chulack, Davey Holmes, Nancy M. Pimental and Krista Vernoff. Wells developed the series for American television. Paul Abbott serves as executive consultant. SHAMELESS is produced by Bonanza Productions, Inc. in association with John Wells Productions and Warner Bros. Television.