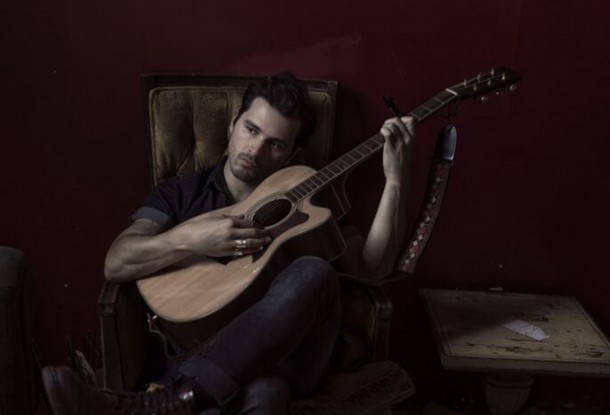 Lena: You were on one of my favorite shows Dark Matters: Twisted But True.

Michael Malarkey: Oh, really you saw that. How embarrassing. [Laughing]

Lena: [Laughing] What was it like filming those reenactment scenes?

Michael Malarkey: I’m fairly certain that was one of my first TV gigs, so it was a long time ago. We shot it in London and I was very green. I just remember being incredibly nervous especially about one particular hairpiece they were trying to put on me, which they were convinced did not match my hair. I was just doing an early job and I was very nervous. It was a long time ago and I don’t really remember it. [Laughing]

Lena: You are also a very talented musician. Your EP Knots is coming out on November 20th and the preorder starts this Friday, October 16th.

Michael Malarkey: Thank you. Yes, November 20th is the actual release date and the preorder for the album opens up this Friday. It will be available everywhere, presumably iTunes, Amazon, Google Play—all the places that people normally release stuff on.

Lena: Are you going to be doing any touring to promote it?

Michael Malarkey: I’m kind of locked down with the filming schedule at the moment. We film until April. I’m trying to book an album release show in Atlanta and one in London over the Christmas break. That’s probably all I’ll do until our hiatus period in April.

Lena: What a way to start the new season of The Vampire Diaries.

Michael Malarkey: Oh yeah, it was a big episode. It was pretty dramatic and I felt like one of the best things about it is that we didn’t really think about the fact that Elena (Nina Dobrev) was gone, at least in my opinion. There was so much drama going on that it just made people leech onto the story that was being told now. Hopefully, that will be how people will respond to it over the next week.

Lena: That was pretty cold of Enzo to stab Caroline (Candice Accola) right in the neck with that giant needle.

Michael Malarkey: Yeah, it happens if you’re not careful. You have to keep your eyes peeled. Anybody sitting next to you could have a giant needle. It’s funny because people are occupied and horrified. They have been tweeting me death threats. I’m like did you guys even watch the last episode of season six? We saw that he had chosen a side already. I suppose it was the fact that it was Caroline that he stabbed with a needle because of their partnership in the past that it was shocking. That was the reason for it. They wanted it to be shocking.

Lena: Did he have to do it in the neck though?

Lena: When you have a needle phobia that just really…ugh. [Itchy, I’m still itchy. Not in the neck.]

Michael Malarkey: Well, to be honest. I asked them if I could just jab her in the thigh. Why am I jabbing her in the neck? Isn’t that a little bit OTT and harder to get right? They said, “Yeah but it looks good.” That’s normally the answer I get when I ask questions like that. Like, it would be so much easier for me to stab them in the heart from behind, you know, I’m right there. “No, no it looks better this way.” [Laughing] It’s all about aesthetics.

Lena: Well, what does Enzo have to say for himself? [Laughing]

Michael Malarkey: A lot of people blame me, Michael the actor, for Enzo’s choices on TV. [Laughing] We’ll see in the next few episodes why he’s actually doing it and how he actually feels about what’s he doing. It’s not always as it seems necessarily on Vampire Diaries.

Lena: There are usually some ulterior motives. Weighing in on Enzo’s decision to go with Lily, what are some of the pros and cons to choosing her side?

Michael Malarkey: The main pro is that it’s basically playing into his biggest need in life, which is respect and family. She seems to be providing him with those two things, which he’s come to realize are two of his greatest needs. As far as the cons, it’s not just Lily that he has to live with. There are a handful of other numbskulls that he’s got to kind of learn to live with. He’s not sure how he feels about them. That’s another item of contention there. We’ll see, maybe he links up with them swimmingly and he becomes the daddy or whatever, or maybe not. [Laughing] He may not gel with them at all. That’s kind of the main cons of it but also the fact that he’s, kind of, turning his back on whom he initially considered his friends—although Caroline and Damon (Ian Somerhalder) have really not been there for him in the past as he’s been there for them, which has been proven time and time again.

Lena: Do you think that it was an easy decision for him?

Michael Malarkey: No, not at all. I think we try to explore—there is a little bit that was cut from the first episode that we didn’t see, but we tried to explore that this is a hard decision for him to make. We see him kind of taking Caroline’s mother’s name off of the bench. He’s thinking maybe I can choose this side and then she’s obviously in his face saying, “I can’t trust you blah, blah, blah.” I think that just pushed him over the edge. He’s just like you know what, No! You guys don’t trust me and are not there for me. I think that was a lot of the reason why he made that choice, which was the end of that scene. 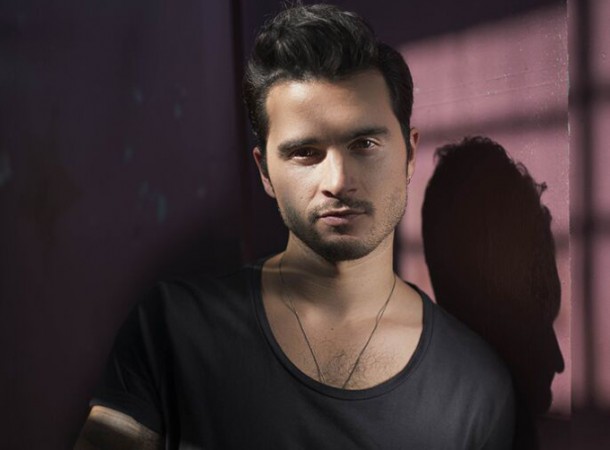 Lena: I know that Enzo pokes fun at this, but I bet he keeps a journal. What would be in Enzo’s secret journal if he kept one?

Michael Malarkey: [Laughing] Probably, just his bucket list. [Laughing] The things that he wanted to do before he died, maybe? I think he should actually focus on doing more of those things. He would probably feel more fulfilled as a vampire. I don’t know. He doesn’t strike me as the kind of guy that would write his stuff down but maybe not. Maybe there is an element of him that would do that. But it would have to be for a purpose like he’s writing down his thoughts in order to clear his head and gain some sort of Zen therapy. You know, he’s doing this task for a reason. He’s very task orientated.

Lena: What do you think about the way that your character has developed over the seasons?

Michael Malarkey: This season, I’m absolutely loving it. I’m really excited about pretty much every episode that we’ve shot. Not that that’s not always been the case. This season in particular, there is just so much more for Enzo to explore. I get to work with a lot more different people and we are definitely pushing the boundaries of who Enzo is and seeing a lot of different sides to him—a darker side to him as well as a lighter and maybe even more of a romantic side to him. We are going to see quite a few different aspects explored. It’s exciting, as an actor, to be able to play all of those things and be able to flesh out your character in a more three dimensional way.

Lena: It has to be great to be able to explore your character over seasons and not just a couple of episodes, or just being just a guest star on a show.

Michael Malarkey: Yeah, that’s the joy of TV or cable, where you have loads of seasons to explore characters. It’s not just a finished product. When you do a play, you do all of that work already and then you discover new aspects about the character throughout the run but in this, you are getting new plot stuff. You get new things to play with and that’s exciting.

Lena: In a previous interview, you talked about Interview With the Vampire: The Vampire Chronicles being one of the films that made you want to play a vampire. Lestat or Louis and why?

Michael Malarkey: I feel more like Lestat I think. As much as I kind of think Brad Pitt is cuter. [Laughing] There are a lot of parallels with me and Enzo whether the writers know it or not, I don’t know. We’ve both been outsiders for a lot of our life. I went from school to school. I never had my core group of friends who were my boys. I was always a new kid. I feel like an old soul myself as well. I think that sense of isolation, although I’m comfortable with that, is part of who I am as an artist. I think that’s more Lestat. [Laughing] I don’t know if that made any sense. I’m rambling.

Lena: Yes, it did. The truce didn’t last very long. It’s going to be a very interesting season of The Vampire Diaries.

Michael Malarkey: Well, blood has been shed. It wouldn’t be Vampire Diaries without the drama kicking off immediately. We are going to see how everyone engages with the fallout of the situations that happened.

Lena: What can you say about season seven?

Lena: Good to know. Since Halloween is coming up, what are your top three favorite horror films?

Michael Malarkey: The Shining is my favorite horror movie. I think it’s perfect in every way, like Mary Poppins—not the movie but Mary Poppins herself. I don’t really watch horror movies. I hate them. They scare the shit out of me. I have a vivid imagination so I think about them at night and I can’t sleep. [Laughing] I know that’s not very punk rock but it’s true. They freak me out. I can stomach ones like The Shining that are artistically done. I can appreciate that. Pan’s Labyrinth, does that count? How about Beetlejuice and Edward Scissorhands, but that’s more of a Christmas movie. I was obsessed with that movie when I was a kid.

Lena: You have good taste in movies and television because you also like Mr. Robot.

Michael Malarkey: Oh yes, I still haven’t watched the finale. I’m saving it and I’m really pumped to watch it. Once you find out the twist you immediately want to watch it again from the beginning. I may have to do that.

Lena: If you like The Shining there is American Horror Story: Hotel but it is graphic and bloody with some really good acting.

Michael Malarkey: I tried watching one episode. You know, I can’t do it. 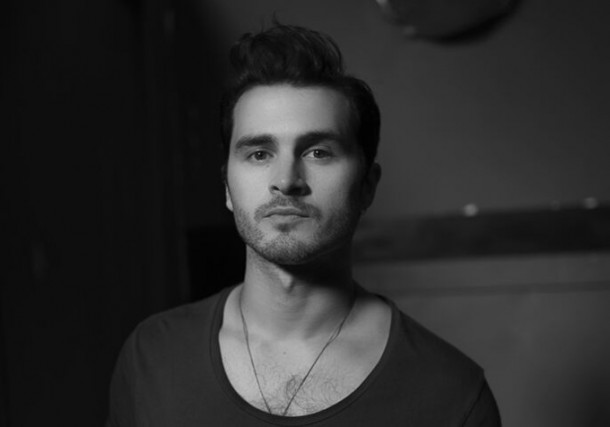 The Vampire Diaries airs Thursday nights at 8/7c on The CW.

Michael’s EP Knots is coming out on November 20th and the preorder starts this Friday, October 16th.